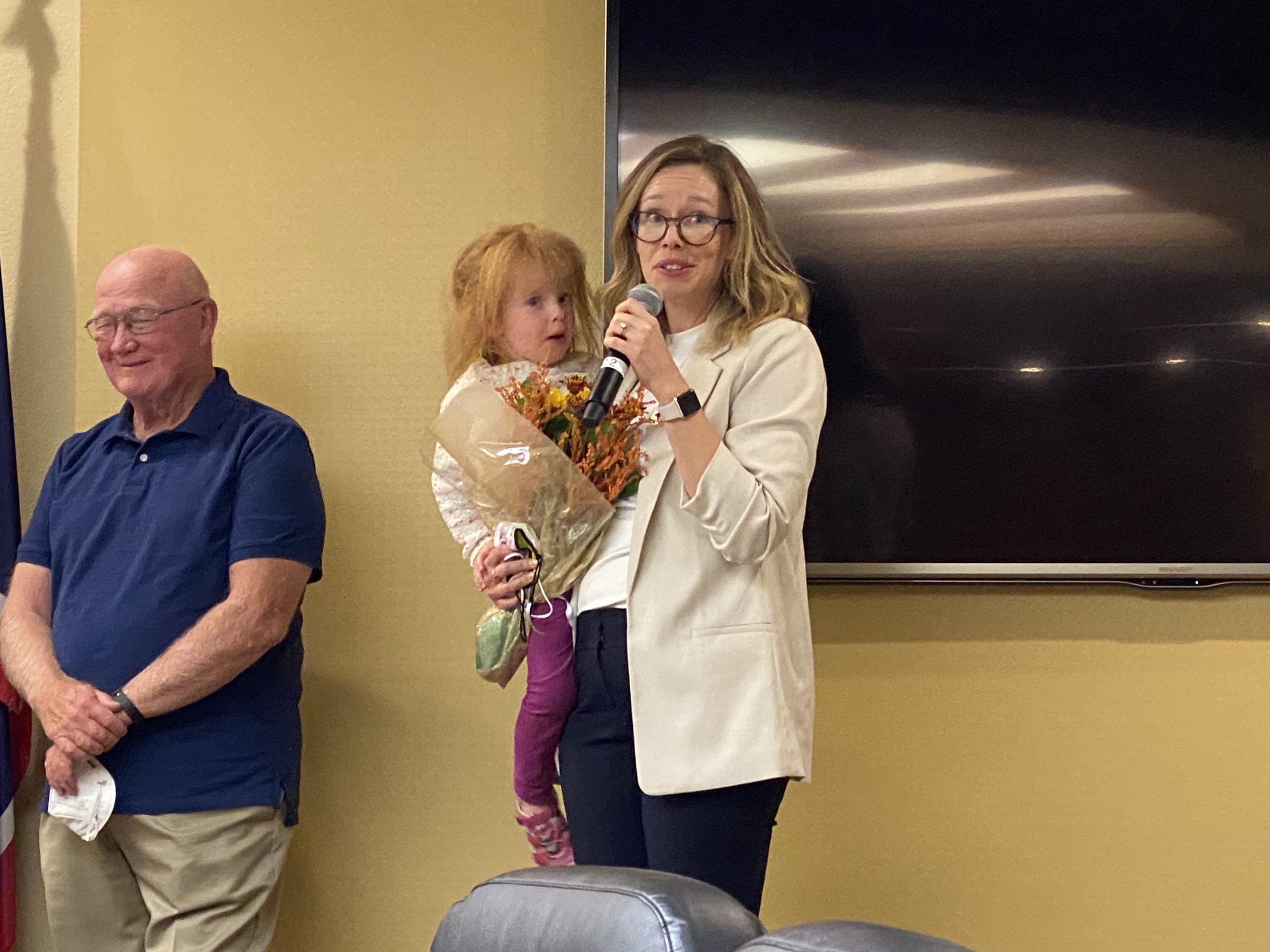 Jai-Ayla Quest after being sworn-in to serve on the Casper City Council. (Dan Cepeda, Oil City)

After being sworn in, Quest introduced members of her family who attended the meeting on Tuesday. She also thanked the council for selecting her to fill the Ward 1 vacancy that had been created after former Council member Khrystyn Lutz resigned because her family was moving to Lander.

“Thank you,” Quest said. “I’m so excited to be here. I appreciate your confidence in me as a candidate and I hope to serve well, so I’m looking forward to all of our work together.”

Quest, who is a program specialist for the Mass Violence and Atrocities Program at the Stanley Center for Peace and Security and a mother of three-year-old twins, was selected from among nine candidates to fill a Ward 1 vacancy after the city council interviewed the candidates last week.

Details about what Quest said in her interview before the city council are available in this article.