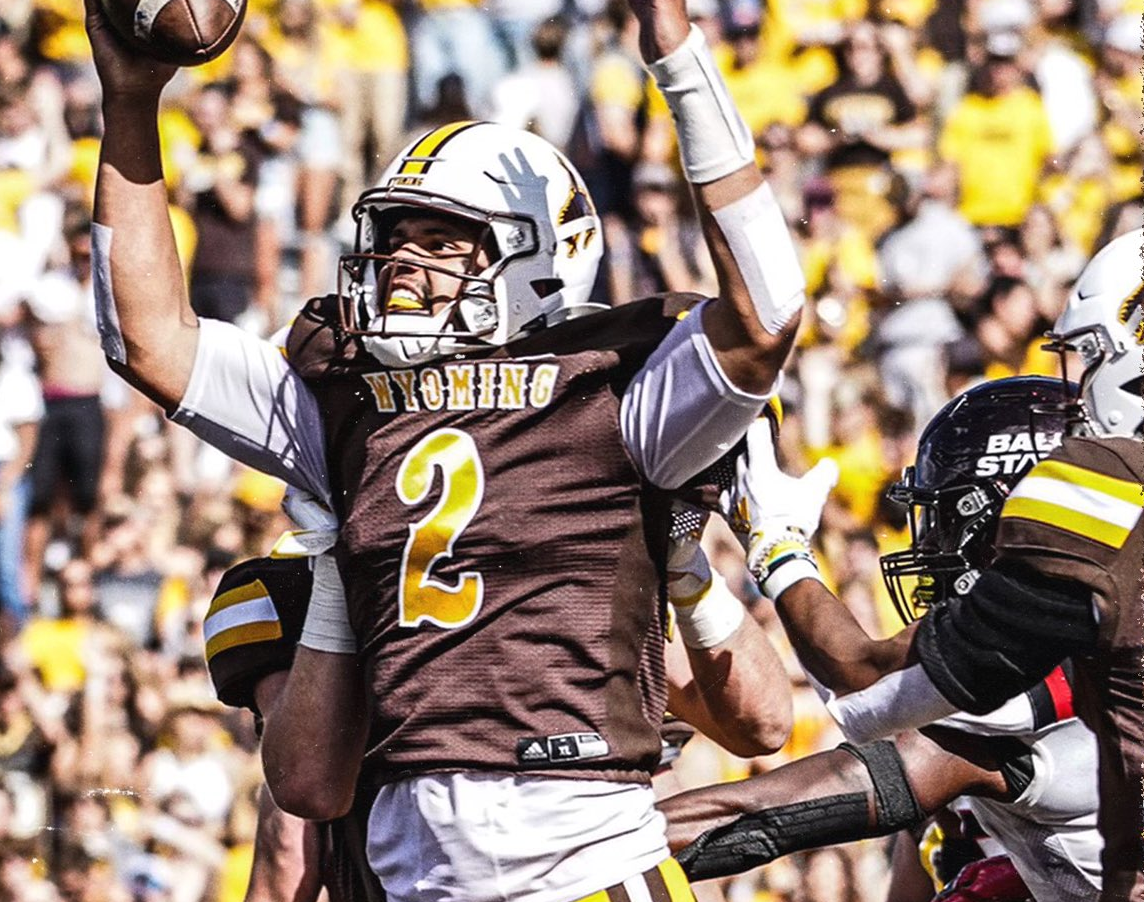 CHEYENNE, Wyo. — With a 45-12 trouncing of Ball State last week, the University of Wyoming Football team moved its record to an unblemished 3–0. If history is any indication, this perfect start for the Cowboys means their chances of finishing the season with a winning record are pretty darn good.

Of the 19 times the Pokes have started 3–0 in the history of the program (dating back to 1894), only twice did the team end their campaign without sporting a winning record.

The first year this happened was in 1948. The Cowboys, who were playing in the Skyline Conference at the time, kicked off their season with three straight blowout wins at home. The team, led by coach Bowden White, beat Colorado College 61–7, Colorado State (Greeley) 48–0 and Idaho State 40–13 — that had to have had morale in Poke Nation riding sky high.

Unfortunately, those early wins turned out to be a bit of fool’s gold as the Cowboys lost 5 of their next 6 games, including a heartbreaker to CSU A&M by a score of 21–20. After such a promising start, the 1948 Cowboy Football team finished winless in the conference.

The second time the Cowboys failed to see a winning record at the end of the season after starting this strong was in 1980 when the team finished 6–6. The team was helmed by first-year coach Pat Dye, who at the end of the year moved on to run the Auburn program. Dye’s abrupt departure ended up being a bit of foreshadowing to the pain Poke fans would end up feeling at the fickle hands of Dennis Erikson, who also left UW after just one season for greener pastures at the University of Miami.

Aside from these two disappointing seasons, the other 18 times the Wyoming Cowboys began a season at 3–0 they ended the year with a winning record. Those seem like pretty good odds on paper. However, this season’s edition of Cowboy Football has already given fans of the Brown and Gold a couple of fresh patches of grey hair with two of their first victories being decided by a razor’s edge.

The Cowboys survived Montana State 19–16 during their home opener before winning a shootout against Northern Illinois University 50–43 the following week. However, the good news for Poke fans is that they dominated Ball State in the third week of the season 45–12 at War Memorial Stadium, which would suggest they have shaken off a bit of the offseason rust.

UW Football looks to move their record to 4–0 on Saturday, September 25 with a victory against the winless University of Connecticut Huskies (0–4), whose season could not have started off much worse. The Huskies have been shut out in at least two games already this season, and they’re coming off a 52–21 loss to Army.

With another win on Saturday, head coach Craig Bohl and the Wyoming Cowboys would be riding into the Mountain West Conference regular-season opener at Air Force with a perfect record and a ton of confidence. If the past is any kind of a guide, then Cowboy fans could have a lot to celebrate come bowl season.

The following is a rundown of how the seasons turned out the 19 previous times the Wyoming Cowboys started a season at 3–0: