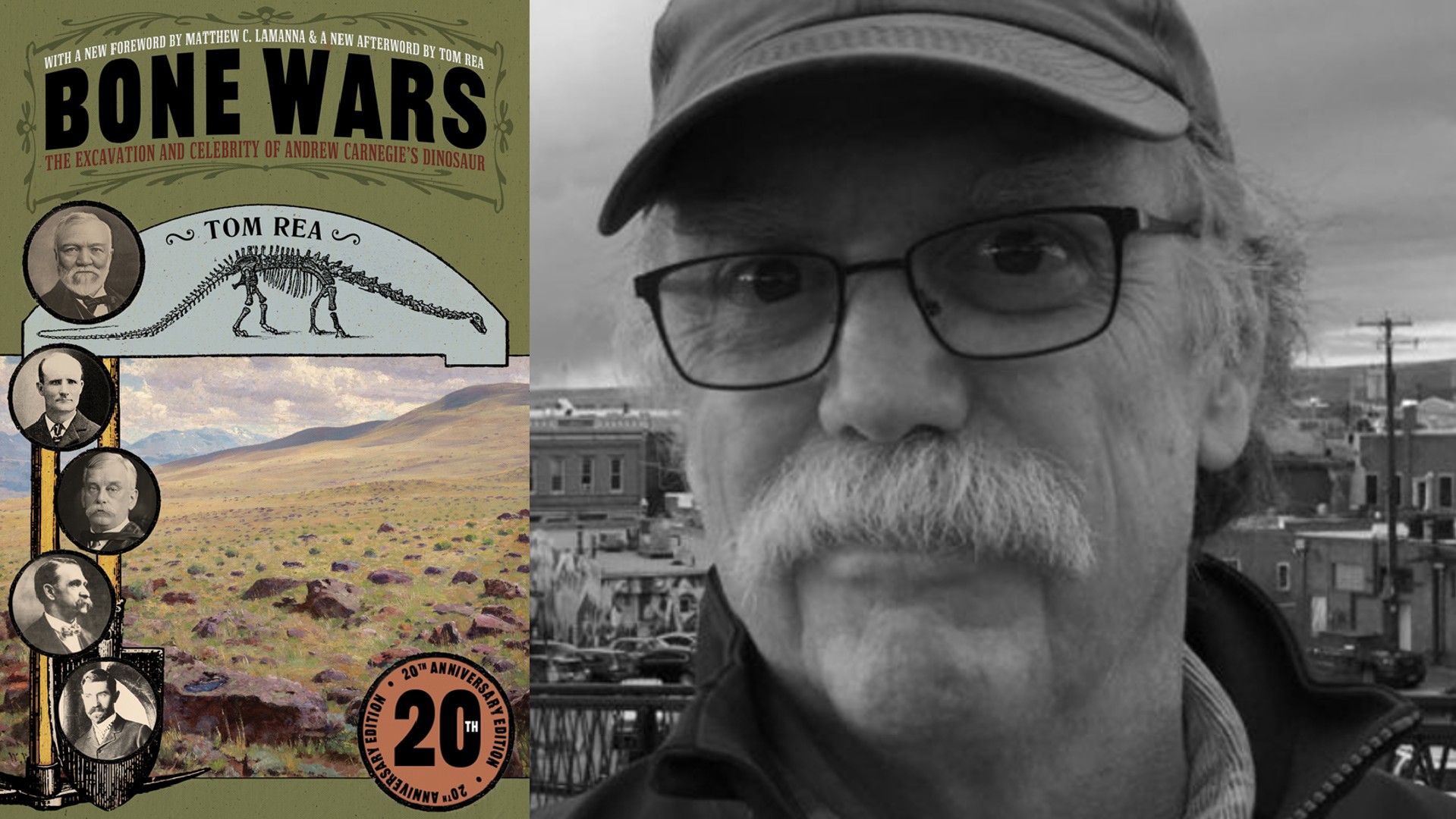 Rea’s presentation will discuss “Wyoming’s rich and complicated paleontological past and its connection to one of the most famous figures in American history, Andrew Carnegie,” according to the Trails Center.

One of the world’s most famous dinosaurs is named after industrialist and philanthropist Andrew Carnegie — Diploducus carnegii. A Diplodocus skeleton known as “Dippy” was discovered near Medicine Bow, Wyoming on July 4, 1889. Dippy is “considered the most famous single dinosaur skeleton in the world due to the numerous plaster casts donated by Andrew Carnegie to several major museums around the world at the beginning of the 20th century,” according to Wikipedia.

The Trails Center says that the skeleton was the most complete fossil of its time and one of the largest ever discovered.

“Displayed around the world, it captured the imaginations of millions of people,” the Trails Center said. “Rea’s story uses strong research and fascinating character insight to piece together how this fossil found in Wyoming in 1899 helped give rise to popular culture’s obsession with dinosaurs.”

Copies of Rea’s book on the subject will be available on Saturday and Rea will be offering book signings.

Rea grew up in Pittsburgh and enjoyed visiting the Carnegie Museum of Natural History, according to the Trails Center. He now lives in Casper with his family and is a freelance writer and editor for WyoHistory.org. He also covered politics, education, and science for the Casper Star-Tribune for over a decade.

“Tom Rea is a Wyoming treasure as an author, historian and speaker, and it is a real treat to host him for this presentation at the Trails Center,” said Trails Center Manager Dennis Kuhnel. “Don’t miss out this weekend.”

Rea’s presentation will be a celebration ahead of National Fossil Day, which is set for October 13.

The Trails Center is located at 1501 North Poplar St. in Casper. It is open seven days a week from 8 a.m. to 5 p.m. Admission is free.