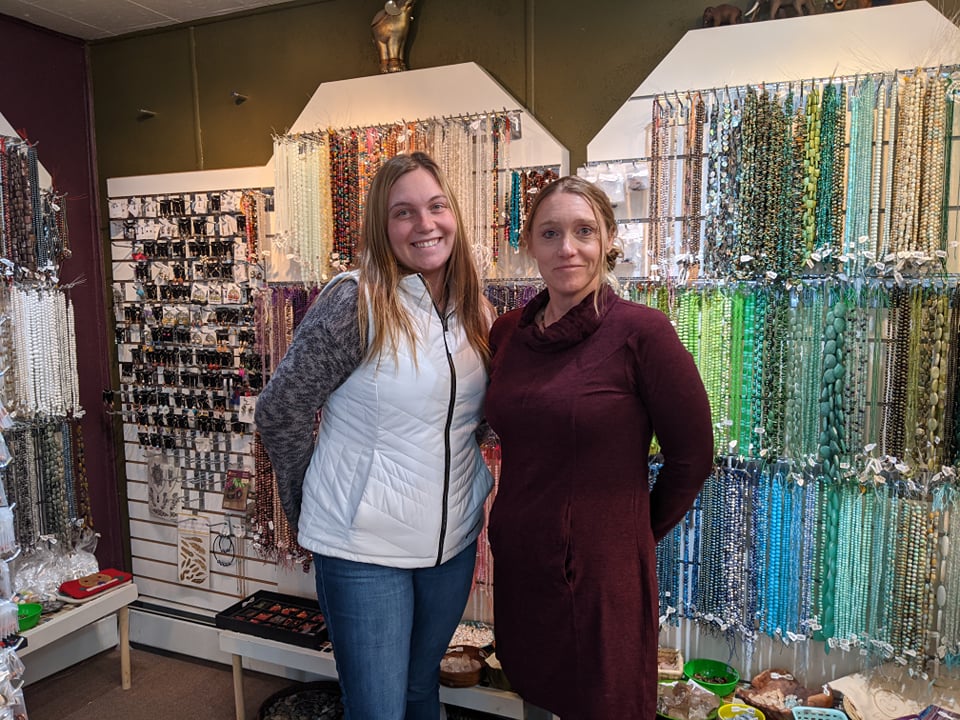 CASPER, Wyo. — Jade Elephant Beads is owned and operated by Chaz Hornecker. She bought the business from Emilee Willard in 2019.

The building that they operate out of is very old, and they only hold the ground-level space that is accessible by 2nd Street. However, there are three floors above it that are vacant.

Willard can’t say for certain, but believes that the other floors have been condemned since the 1960s. This means that they have been sealed off for more than 60 years. The building also has a basement that is no longer accessible.

Hornecker says that there is a lot of history in the building and that it used to be an office building.

The storefront for Jade Elephant Beads has been open since 2011, and over the years the two owners have had some strange events happen.

Willard says, “I have a hard time believing in ghosts, but there was one experience that really freaked me out.”

As she went into the story, I could feel the hair on my neck raise. Willard says, “There was one night that I was working there really late and the security cameras kept going out.” She says that it was not a distinguishable figure, but there was a “fuzzy thing” moving around on the cameras.

She did not think anything of it until the next morning. Her co-worker had come into the building and found a shelf completely fallen over and beads thrown everywhere. When Willard got there, they wanted to watch the security footage to see what had really happened. However, there was nothing. The footage was normal, but it bleeped out right when the shelf fell. It went from a normal screen to just everything being tossed around the room.

Madisen Hornecker, daughter to Chaz, says that she was at the store one night and that she swears she heard footsteps above her. However, nothing was there.

The building is also equipped with an old elevator shaft. The shaft is all boarded up, but Madisen says that she’s heard rattling and banging sounds coming from it.

Chaz Hornecker says that she has seen beads fall off of shelves randomly. There is also a closet door that will open for seemingly no reason. There have also been nights when her camera system won’t work.

While Hornecker does not believe her business is haunted, she acknowledges that there is a lot of history about the place that she doesn’t know.

Hornecker says, “It is one of my favorite places to come; there is a real fun, positive vibe and atmosphere to the shop.” This is part of the reason she bought the business. As new businesses expand downtown, she is happy to be a part of it, even if it means that there might be some weird occurrences in her building.