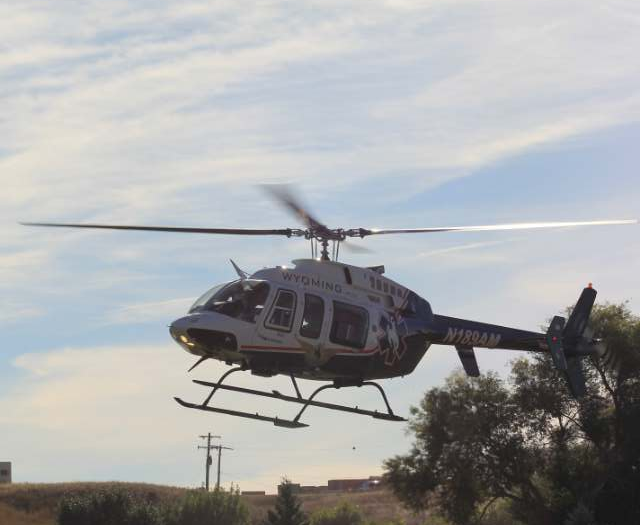 CASPER, Wyo. — A California man has died as the result of an accidental rifle discharge while elk hunting with his son in Washakie County, authorities said.

The joint release by Washakie County Sheriff’s Office and Worland Police Department on social media said that 63-year-old Ron Blank and his son Dan Blank, of Texas, were hunting off the top of Smilo/Sand Draw Road east of Ten Sleep on Wednesday, October 6.

The pair were traveling back to their pickup and, while climbing up a ridge, encountered a rock face and climbed over it.

“While handing rifles up so he could climb up the rock face, Ron Blank was struck in the upper right chest area after the rifle discharged,” the release said. His son Dan rendered immediate first aid and called Washakie County for emergency dispatch.

The Washakie County Sheriff’s Office, Ten Sleep EMS and Worland EMS responded. Ambulances could not travel up the road due to adverse road conditions, so private vehicles and Sheriff’s units transported EMS to the Cabin Spring area, where units proceeded to the scene on foot.

The subjects aided responders in locating the scene with handgun shots and cell phone relay contact with Worland emergency dispatch. On-ground EMS members conducted triage and stabilized the victim until a life flight helicopter arrived and transported him to Washakie Medical Center. He died in the operating room due to blood loss and trauma.

“All, please remember to be aware of your situation and surroundings and as always, Stay Safe Out There,”  Washakie County Sheriff Steven R. Rakness concluded in the release.