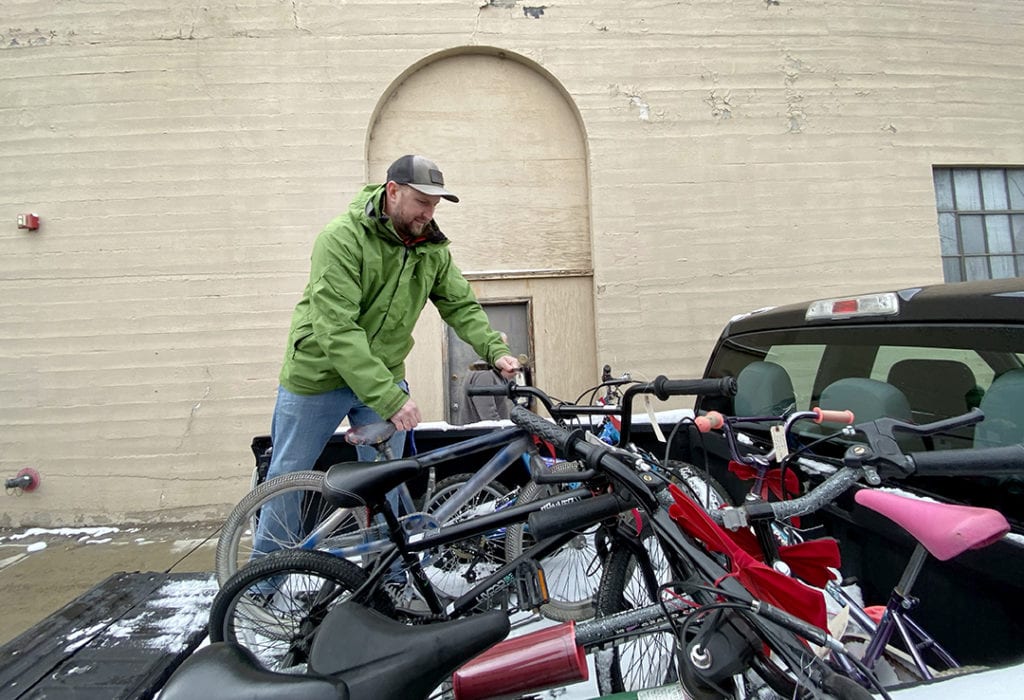 According to a Casper PD announcement, bikes that are lost, stolen, seized and recovered by the Casper PD are returned to the owners when possible, but some bikes remain in CPD custody.

“After making multiple efforts over several months to find the rightful owners, the Department has the ability to request legal ownership of the bicycles and donate the bikes back to the community,” the Wednesday morning announcement said.

Police officials say approximately fifty bicycles are available for donation this year. The current application period opens October 13 and will close on Oct. 27, 2021.

A Casper PD department committee reviews the applications and selects the organizations to receive the bicycles at the beginning of November.

“For the last several years, this annual donation effort has been a great partnership between the Department and non-profit organizations within the community,” said Casper PD spokesperson Rebekah Ladd. “This year, we’re excited to open up applications to everyone, including individual citizens, to help get these bicycles directly into the hands of those that both need and want them.”

The used bicycles will reportedly be donated in “as is” condition and may require some maintenance before they are ready to hit the street.

Casper PD says that when bicycles are logged into evidence at the Casper Police Department, property and evidence technicians cross-reference them against bikes that have been reported stolen in the area.

“If there is a match, the Department reunites the bike with the rightful owner. If not, additional efforts are made to find the owner of the bike. If there is no report of a stolen bike, or no serial number available, it is increasingly more difficult to find the owner of the bicycle,” the Casper PD says. “After a period of time, the department can request legal ownership of the bicycle and has the ability to sell or donate the property.”

Interested individuals and organizations can fill out the application online by visiting casperpolice.org/bikedonation. The application deadline is Oct. 27, 2021.