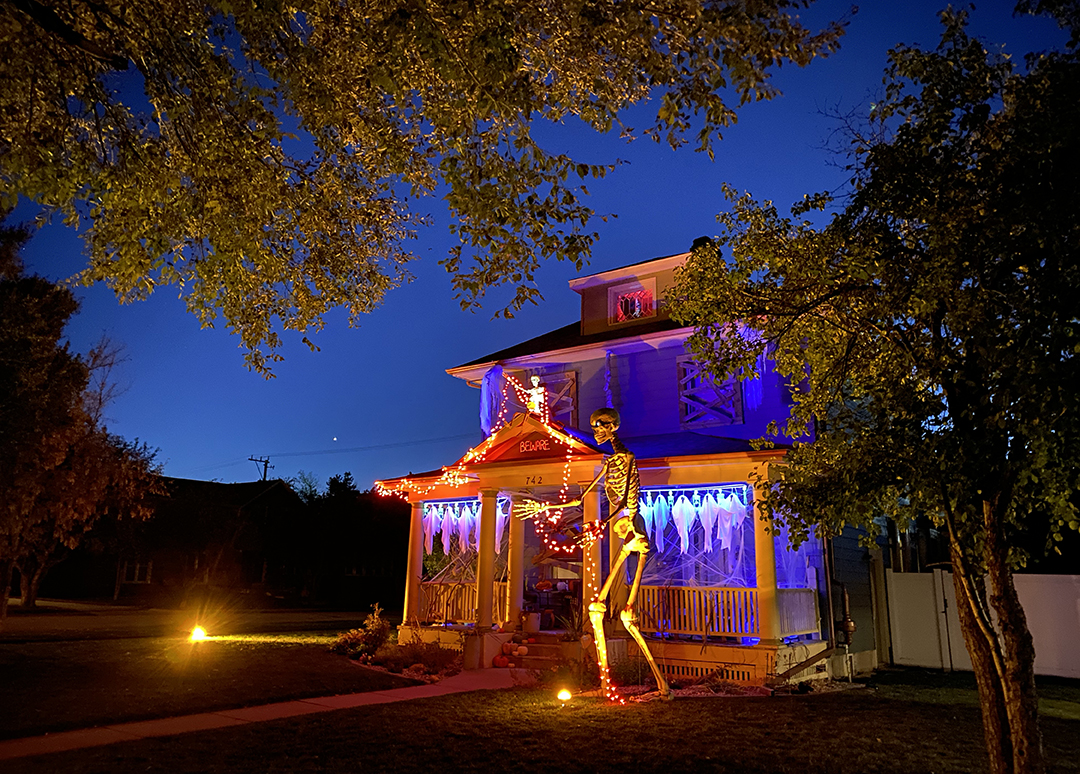 A house in central Casper is spooked out for Halloween on Thursday, Oct. 21, 2021. (Dan Cepeda, Oil City)

CASPER, Wyo. — Spooky things are happening on the corner of Eighth and Beech Street in central Casper.

Owners of a historic home have converted their lovingly restored landmark into a Hollywood-style haunted mansion, complete with boarded windows and a pun-filled graveyard in the front garden. On some nights, a fog machine is turned on to add an even creepier atmosphere.

The house was built in 1912, according to county records. A photo at the Casper College Western History Center labeled “Daly House” shows the newly-built home still surrounded by unpaved roads with a woman and child in front.

In 2017, homeowners Jessica and Jeremy Jones told Oil City News they had purchased the house in foreclosure some three years earlier, and had worked to restore the house after years of neglect. They said a ’60s-era addition to the back of the house was used for years as a dance studio where lessons were given.

Scroll down to see the house in its Halloween gory…er, glory, as well as the historic 1912 image.