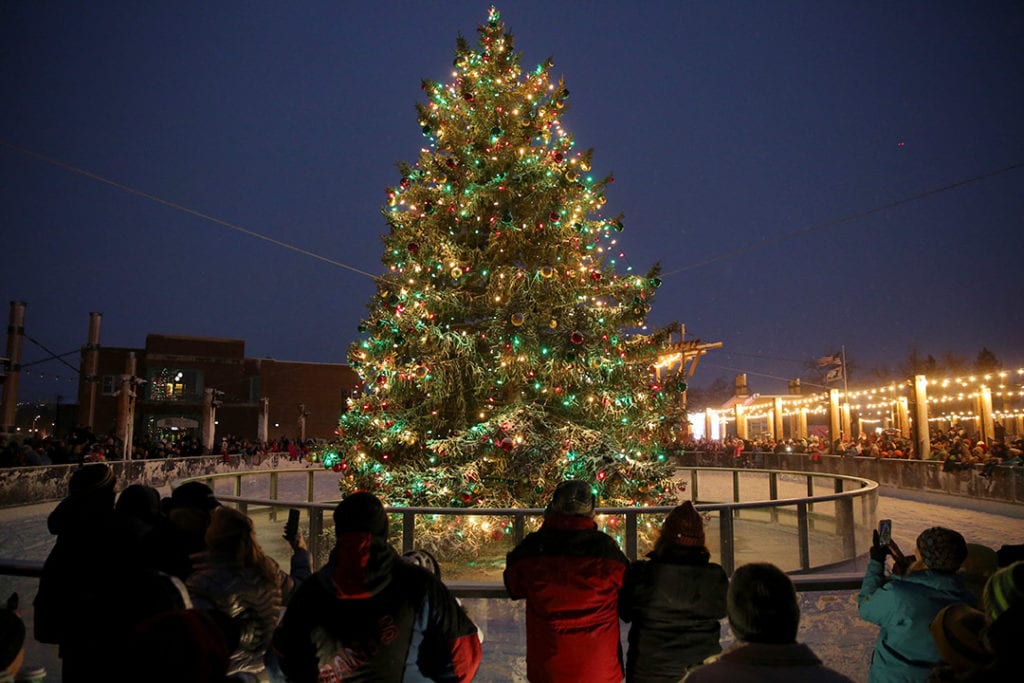 The community Christmas tree lights up during a ceremony on Saturday, Nov. 24, 2018, at the David Street Station skate plaza in downtown Casper. (Dan Cepeda, Oil City)

CASPER, Wyo. — David Street Station has announced a partnership with a Casper area Greenhouse to sell poinsettias as a fundraiser for the community gathering space.

David Street Station boasts a splash pad during the summer and an ice rink and community Christmas tree during the winter. They also host movie screenings, concerts, festivals, markets, and expos.

Poinsettias are now available for pre-order through November 10 via the David Street Station website or by contacting Galles Greenhouse at (307) 265-6290.