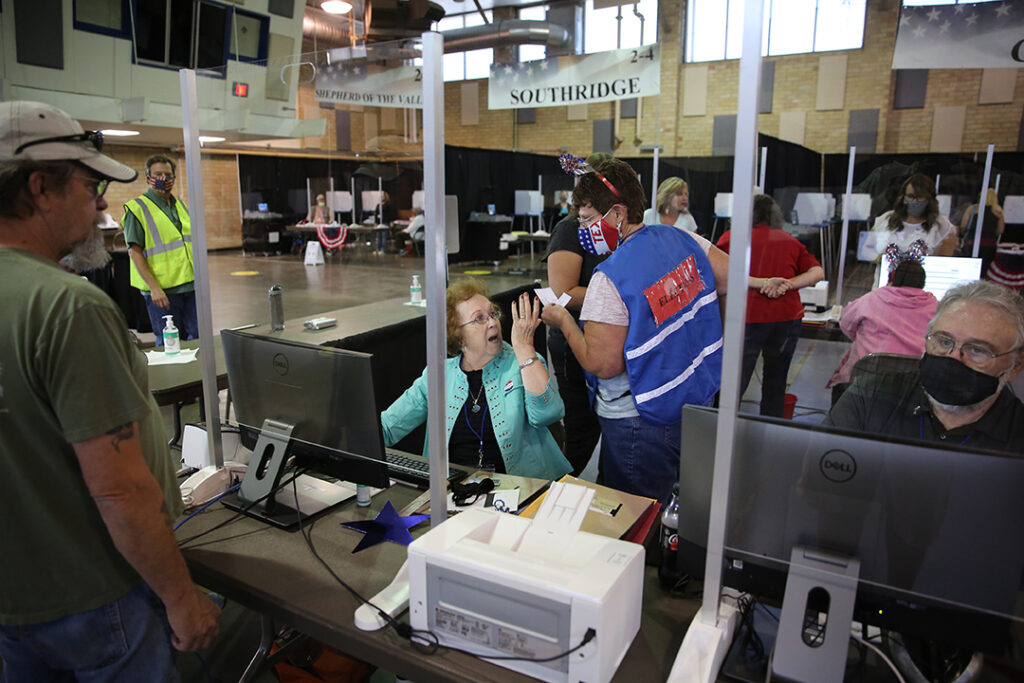 Polls will be open from 7 a.m. to 7 p.m. Tuesday. People can find where they should go to vote using Natrona County’s online Polling Place Locator.

Polling locations are generally the same as for regular elections. The one polling location that has changed is for Precinct 2-6. Voters in that precinct should go to Radius Church, located at 4301 Casper Mountain Road, rather than the Shrine Club to vote.

The ballot’s single “for/against” proposal is for a 1% specific purpose sales and use excise tax for two specific infrastructure projects. The temporary tax would be in effect until the roughly $4.4 million needed for both projects is raised.

One project is the repair of a roughly seven-mile stretch of pipeline that brings drinking water to Edgerton and Midwest and is currently succumbing to corrosion issues.

The other is to complete the renovation of Midwest Avenue in downtown Casper from Walnut to Poplar Street.

If voters approve the “sixth cent,” sales and use taxes would increase by one cent (from 5% to 6%) for a three-month period beginning April 1, 2022, according to a website created by LUM studio, a firm hired by the City of Casper to mount a public information campaign.

Further information about the proposed sixth cent is available in the following articles: