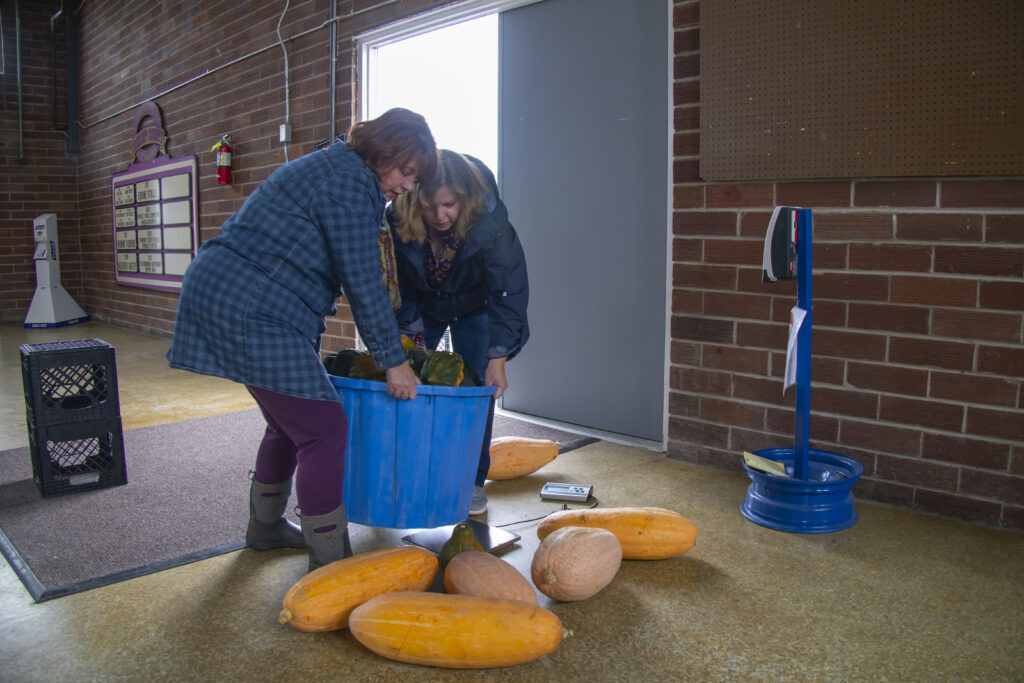 (Riverton, WY) – The Wyoming Honor Farm in Riverton grew an extra ~1,332 pounds of winter squash which is now being distributed to the community through First Lady Jennie Gordon’s Wyoming Hunger Initiative.

Due to budget cuts, the Honor Farm decided to grow a garden for the first time, according to Bobby Lane, Honor Farm ag/crop supervisor. By doing this they saved roughly $75,000 in veggie purchases for the kitchen.

This year, their crops produced an estimated 48,000 tomatoes, 30,000 ears of sweet corn, and 9,000 pieces of squash. After fulfilling their needs, they decided what was left should be donated.

“This is our way of giving back to the community,” he said.

The produce must be weighed to be counted for the Wyoming Hunger Initiative’s Grow a Little Extra program that launched last spring to encourage gardeners to plant an extra row or two earmarked for donating.

The three will then distribute to several agencies across this part of the state to include veterans programs, senior centers, food pantries, and youth organizations.