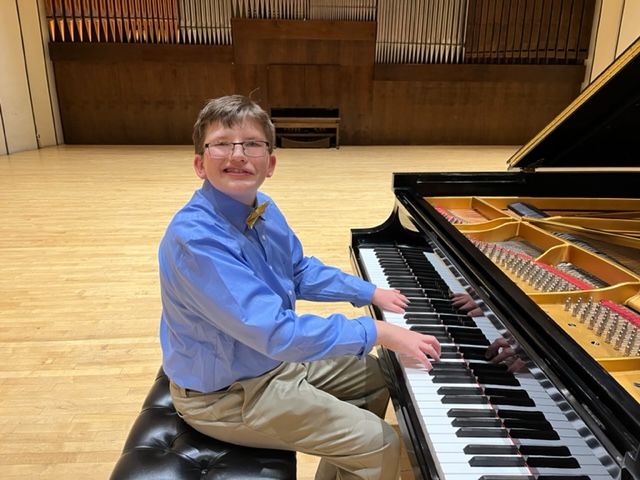 CASPER, Wyo. — Casper native and pianist Oliver Soulek will compete as a Division Finalist in the Music Teachers National Association, according to a MTNA release Monday.

The winner of the division competition will compete in the National Finals.

The Centennial Junior High eighth-grader and student of Cindy Rogers earned his spot in the competition after winning the Wyoming State Junior Piano Competition. He has been studying piano for nine years.

Oliver competes annually at the local/state MTNA’s Area Achievement Days. He earned the national Gold Medal, which is awarded to the highest score in the nation, level four for the Royal Conservatory of Music. This is his fifth and final year in the Casper Children’s Chorale, where he sings second soprano. He also plays piano in Centennial Junior High Jazz band ensemble and trombone in the Centennial Junior High School band.