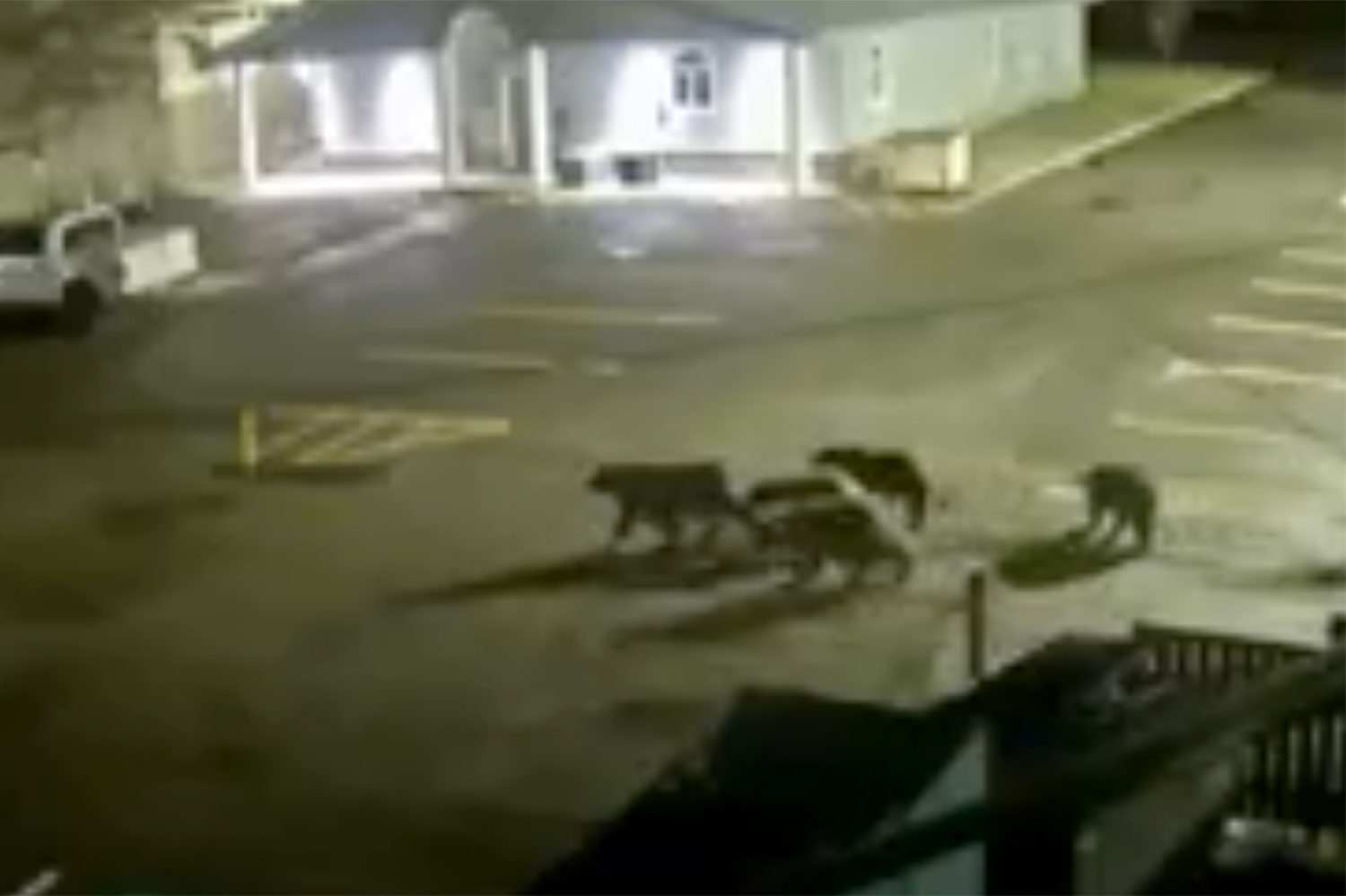 Bear 399 and her four cubs are seen in a screeshot from a security camera wandering through a parking lot in the town of Jackson late Tuesday night. (Jackson Hole Police)

Local law enforcement and U.S. Fish and Wildlife officials helped “escort” Bear 399 and her four cubs through Jackson and out of town, according to a press release.

The bear and cubs have been a hugely popular attraction online and around the Jackson area, and officials have been increasingly worried of their close contact with people.

According to the release, the bear family was escorted from the Aspen Drive area towards North Saddle Butte, and was last seen in the Spring Gulch area heading north.

“We hope that she continues in that direction,” stated Jackson Police Chief Michelle Weber in the release, which was also posted on social media.

“With recent bear sightings within Jackson Town limits, the Jackson Police Department is emphasizing the importance of taking steps to ensure that all potential bear attractants are secured, put away and made unavailable,” they said.

“Garbage in trash cans, leftover Halloween pumpkins and bird food are all potential items which bears could feed on as they prepare for hibernation.”

On November 6, two of the bears were radio collared by U.S. Fish and Wildlife Service officials and released in the presence of Bear 399.