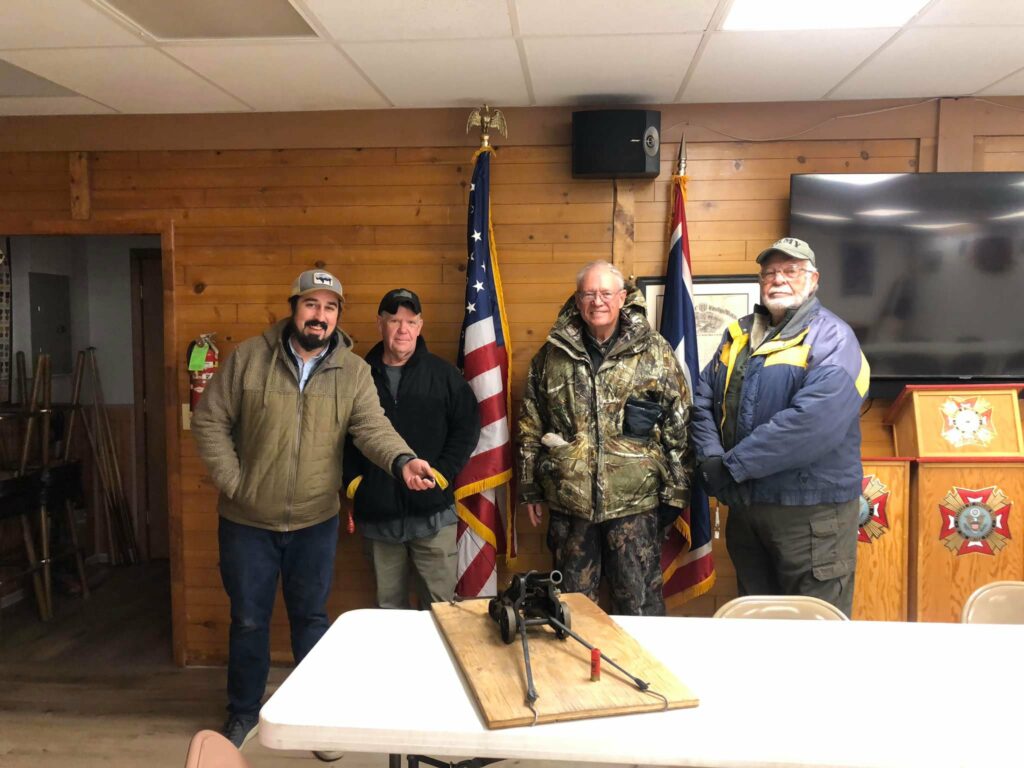 The Cannon Crew made sure Coffee Time host Vince Tropea was included in the photo op since he was along for the cannon firing ride. (County 10 Photo)

Lander, WY – Veterans from the Lander VFW Post 954 & Auxiliarycontinued an annual Lander Veteran tradition for the Thursday, November 11th 2021 Veterans Day celebrations, and fired off cannons to coincide with the 7:00 AM firing of cannons at Arlington National Cemetery.

Everyone met up at the VFW at 4:30 AM and braved the 20 degree weather before driving through town, firing the cannon at various stops in Lander.

After gathering the crew, the first stop was the 5:00 AM shot on Main Street to coincide with the 7:00 AM firing at the Arlington National Cemetery.

After the first few shots were fired by George, Cory and Holly got their turns as well, and there was even a strategically timed shot fired in front of Mayor Monte Richardson’s house.

Check out some more photos from all the cannon firing preparation!

Thanks again to all of the Veterans in Fremont County and the nation on this 2021 Veterans Day, thank you for your service!

For all of County 10’s Veterans Day coverage, click here.