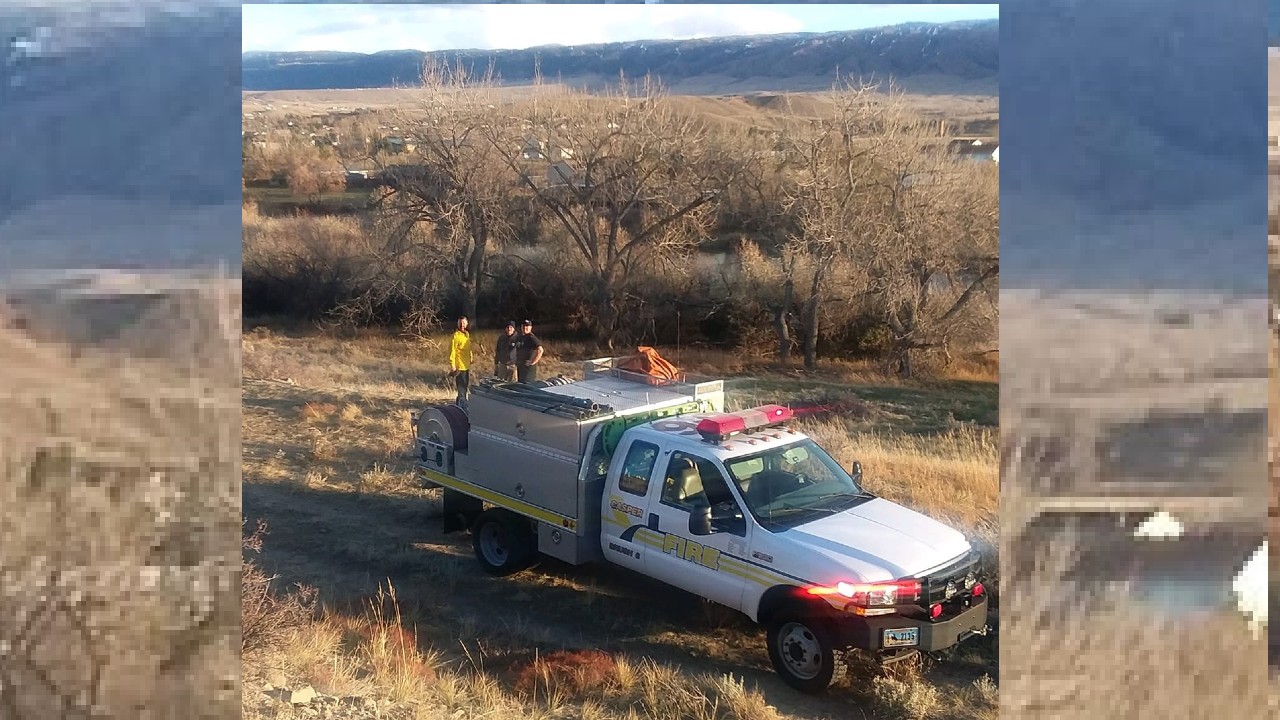 CASPER, Wyo. — A small wildfire on the riverbank in west Casper Saturday gave Casper Fire-EMS Captain Patrick McJunkin occasion to remind the public that “we’re not 100% out of the woods yet” on wildland fire risk.

McJunkin said the fire was about 25’-by-25’ and that crews were able to extinguish it quickly, though access required cutting a lock on a gate and running over a hundred feet of hose from the truck to the riverbank.

“We’re kind of going through the highs and lows of wildfire risk lately,” McJunkin said, adding that some warmer days and breezier winds meant that fires could start.

“Please be careful with fire in our wildlands and urban interface,” Casper Fire EMS said on social media.

Stations 6, 7, and 2 responded, and personnel from Evansville and Mills responded to investigate.