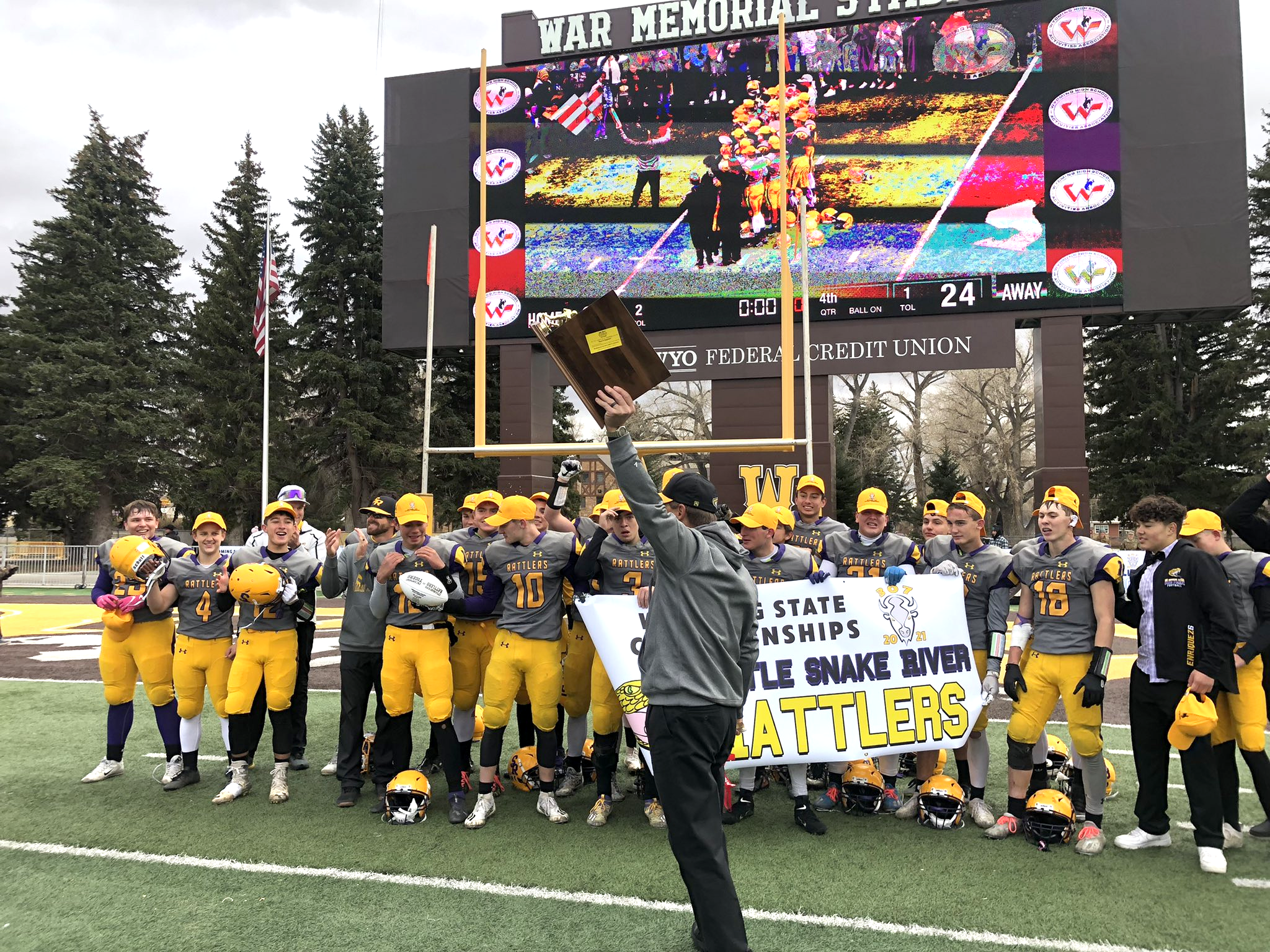 These results and recaps so far are courtesy of the University of Wyoming.

With seven touchdowns, the Rattlers finished out a perfect 10-0 season with a final score of  66-24 over the Tigers, whose only two losses this season were to the rival Rattlers.

The Shoshoni Wranglers beat out the Rocky Mountain Grizzlies 19-6 in their first and final season match-up on Friday.

The Lyman Eagles held off the Lovell Bulldogs with a single touchdown eight minutes into the game to round out a perfect season and secure their second consecutive state championship.

The Bulldogs failed a conversion attempt in the fourth quarter. The final score was 8-6. The Bulldogs had only two losses this season, both to Lyman.

Cody came out ahead of Jackson Hole in a Broncs vs. Broncs match-up Friday, rounding out a perfect season (11-0).

The Rock Springs Tigers will face the Sheridan Broncs at 4:00 p.m. Both teams have only one loss this season. Sheridan came out on top 27-24 when the teams last met in September.

UPDATE: The Broncs took the championship 45-27.