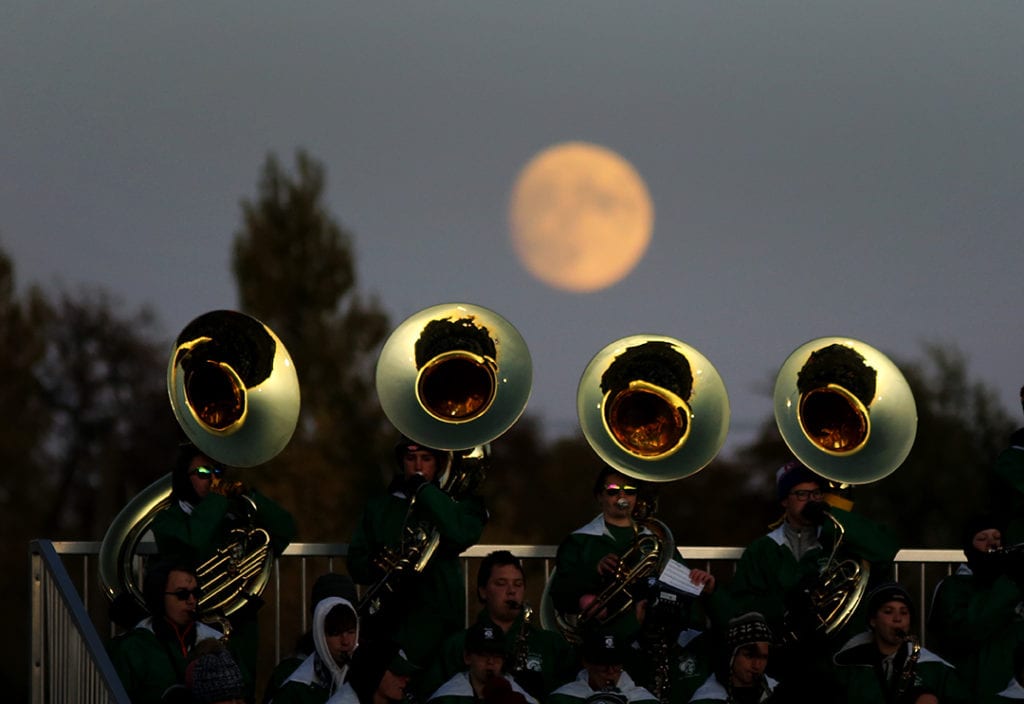 CASPER, Wyo. — An “almost total” lunar eclipse will occur in the early morning hours on Friday, November 19, according to NASA. If clouds will cooperate, people in Casper will have the chance to view what will be the longest partial lunar eclipse that has occurred since the year 1440. Night owls wanting to see the eclipse may want to keep their fingers crossed, as the National Weather Service (NWS) in Riverton forecasts mostly cloudy conditions on Thursday night.

The eclipse is expected to peak at 2:03 a.m. Mountain Time Friday, which will offer the best chance for people to see the red appearance of the Moon associated with lunar eclipses. NASA says that during the event, the Moon will pass into the shadow of the Earth an create “a partial lunar eclipse so deep that it can reasonably be called almost total.”

In a truly total lunar eclipse, the entire Moon would fall within the darkest part of the Earth’s shadow, which is called an umbra.

“In this eclipse, up to 99.1% of the Moon’s disk will be within Earth’s umbra,” NASA explains.

The partial lunar eclipse will be the longest in a millennium, according to NASA, lasting 3 hours, 28 minutes and 23 seconds.

“Closer to the Earth, the Moon moves faster, while further away it travels more slowly,” NASA explains. “Right now, the Moon is near its farthest point in its orbit around the Earth and thus moves slowly through Earth’s shadow. Second, since this eclipse is almost-total, the Moon spends a longer amount of time in the Earth’s umbra than it would in a ‘more-partial’ eclipse.”

While the best viewing of the eclipse will be around its peak, the event will begin at 11:02 p.m. Thursday, when the Moon first enters the Earth’s penumbra, or the outer part of the shadow. NASA says that the Moon will begin to dim at this time, but the effect will be subtle.

The partial eclipse will being at 12:19 a.m. Friday, when the Moon enters Earth’s umbra. NASA says that the Moon will appear to the naked eye as if a bite had been taken out of it, with the part of the Moon in Earth’s shadow appearing very dark.

The red color associated with eclipses will become visible at around 1:45 a.m. Friday, when over 95% of the Moon’s disk will be in the shadow of the Earth.

“The color might be easier to see in binoculars or a telescope,” NASA says. “Using a camera on a tripod with exposures of several seconds will bring out the color, at the expense of overexposing the lit part of the Moon.”

NASA explains that the same reason the sky appears blue and sunsets appear red is the cause of the Moon’s red appearance during lunar eclipses.

“It’s called Rayleigh scattering,” NASA said. “Light travels in waves, and different colors of light have different physical properties. Blue light has a shorter wavelength and is scattered more easily by particles in Earth’s atmosphere than red light, which has a longer wavelength. Red light, on the other hand, travels more directly through the atmosphere. When the Sun is overhead, we see blue light throughout the sky. But when the Sun is setting, sunlight must pass through more atmosphere and travel farther before reaching our eyes. The blue light from the Sun scatters away, and longer-wavelength red, orange, and yellow light pass through.”

NASA notes that the the Moon will also be moving through the western part of the constellation Taurus during the event.