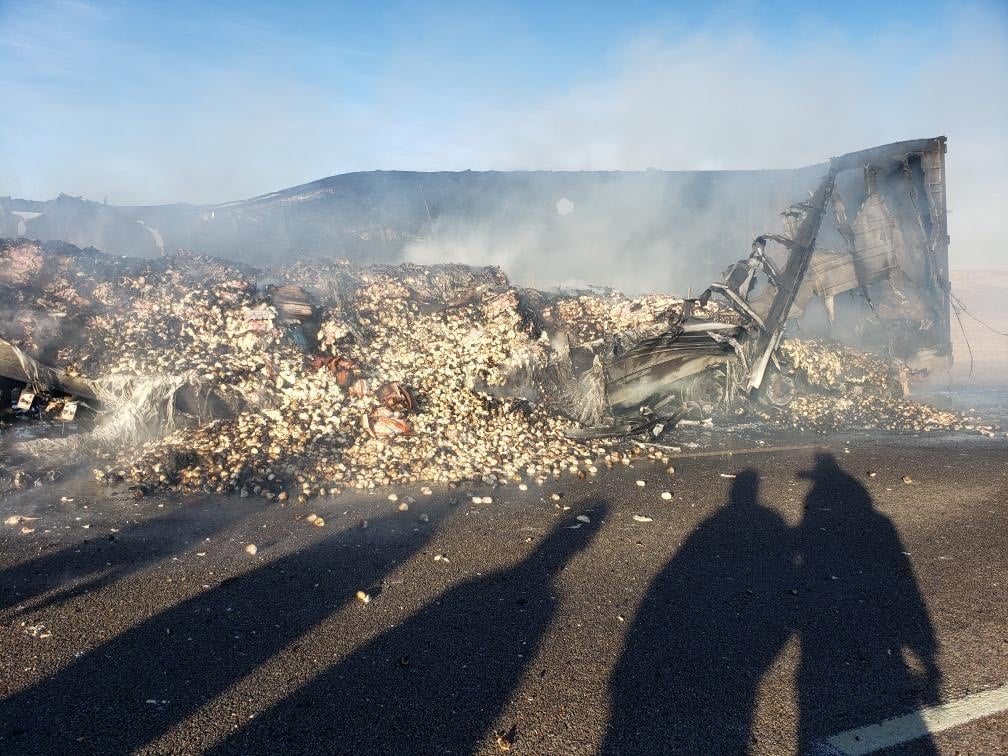 A semi truck and trailer caught fire on I-80 on Sunday. (Green River Fire Department, Facebook)

CASPER, Wyo. — The Green River Police Department said on Sunday that it responded to a fire involving a semi truck and trailer that was hauling frozen food along Interstate 80 in Wyoming.

The fire department was notified of the fire at around 2:30 p.m. Sunday and when firefighters arrived at the scene of the fire, the truck was “fully engulfed” in fire. The westbound truck that caught fire was found located near mile marker 82 on I-80.

“Firefighters were on scene for 3 hours to make certain the fire was extinguished,” the Green River Fire Department said. “No one was injured but the truck and trailer were a total loss.”

“Those agencies also responding were Wyoming State Patrol, Castle Rock Ambulance, Sweetwater County Fire, and Granger Fire Department. We would like to thank Sweetwater Combined Communications for all their assistance in getting us where we needed to be and the help with communications between all agencies.”