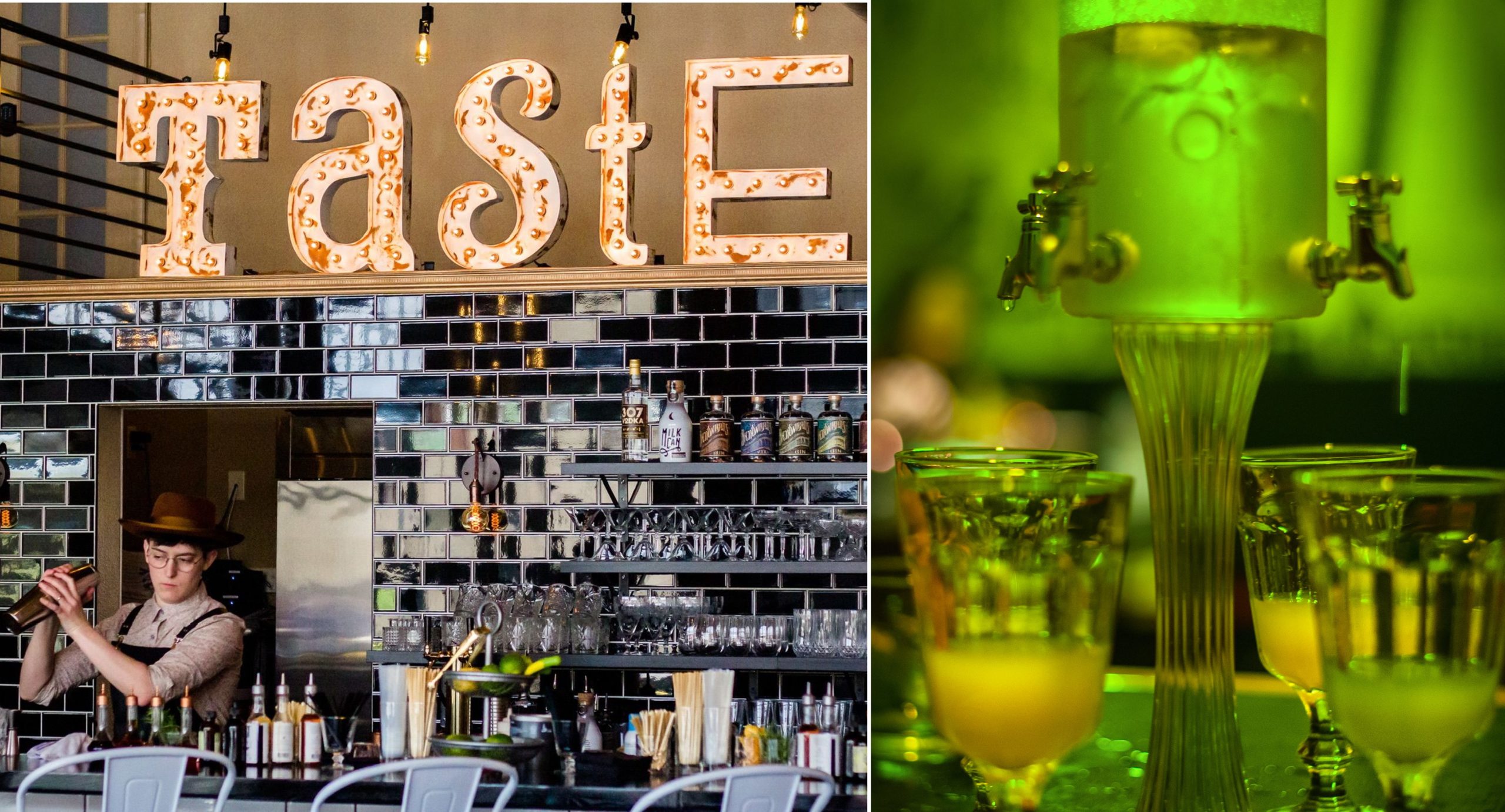 CASPER, Wyo. — By the end of 2021, Backwards Distillery will have racked up three national awards, served drinks at its original tasting room in Mills for the first time in over two years, and launched a batch of absinthe, the spirit that began the discussion which launched the family venture almost a decade ago.

300 bottles of Backwards absinthe are merely awaiting labels, and the product should launch in December.

“It is important to our origin story,” Chad Pollock told Oil City News. Chad runs the business with sister and city councilmember Amber and parents Bill and Kathy.

Long enamored of the drink and its celebrated place in cultural history and literature, Chad began collecting bottles of the green licorice-flavored spirit when he turned 21.

“I tried to keep things very authentic and make sure I was producing a very period-correct absinthe and sourcing ingredients that are of the highest quality I can find.”

This particular batch has been resting since February, but Chad said a batch can take as few as three months to produce.

Part of the challenge of distilling absinthe is that the herbs are left in the still during the process, and it’s easy to damage and scorch them. It also has 50 times the botanical mass of gin, which means it’s more unstable and prone to oxidation.

Absinthe doesn’t cause hallucinations. Chad said that reputation was the result of “a smear campaign” by the wine industry hoping to chip away at the spirit’s popularity. The deleterious effects noted in the annals of cultural history are likely due to simple overindulgence — the Backwards’ batch is 67% alcohol (134 proof).

The spirit’s “holy trinity of herbs” are green anise, fennel, and grand wormwood. Like with most of Backwards’ creations, Chad looked to local sources for some of the ingredients.

The quality of the green anise is what produces the “louche,” or the milky color that results when water is poured over the absinthe.

The wormwood was grown out of Buffalo, taking four or five generations to get right. For authenticity, the fennel seeds used in the distilling came from the Val-de-Travers on the border of France and Switzerland.

The fennel fronds used to provide the green coloration were grown by the Wyoming Food for Thought Project.

Chad said people will soon be able to get the full absinthe experience at Backwards, including dispensing fountains and traditional serving with spoons and sugar cubes, if that is their preference.

The historical approach and focus on ingredients has always been part of the Backwards experience, said Amber Pollock.

“We try to base our approach on traditional techniques that are rooted in a lot of history,” Amber said. “Trying to bring that history into focus alongside the product for some context has always been a priority.”

That focus on quality and customer experience was noted by at least three major publications this year.

Backwards won the “Forward Distiller award” from the editors of Sunset magazine for its 2021 Travel Awards, recognizing the family’s pivot to making hand sanitizer at the beginning of the COVID-19 pandemic as well as their use of locally sourced ingredients.

The distillery is also on TripSavvy’s Fourth Annual Editors’ Choice Award Winners, which selected less than 2% of more than 60,000 businesses across the world for listing.

“It’s always a great validation and affirmation that we are living up to the type of standard that we want to be delivering,” Amber said of the awards.

Beyond the absinthe, 2021 has been a year of grand return for the business in other aspects. The distillery location in Mills couldn’t serve drinks after the downtown tasting room opened in early 2019. Changes in the Wyoming Legislature this year allowed for distillers to have two satellite tasting rooms, and the city of Mills approved the original location’s license this summer, allowing it to hold tastings and events.

Since then, the Mills location has hosted a Rocky Horror Picture Show screening party and a show for Wyoming magician Byron Grey. Amber said yoga classes may be returning, along with more ticketed events, cocktail parties and educational “deep dives” into all aspects of the process.

“It really does have a different vibe and atmosphere than our new tasting room,” Amber said. “Over all, it’s really fun to be back in that space, because I still love it it so much, and so many guests do as well.”

Amber said the experience of running Backwards has connected her to the Casper community that is eager to to try new things.

“I’ve learned a lot about the interconnectedness of community,” she added, “and the way that individual businesses or entities rely on a healthy, thriving community at large to be able to grow and sustain their efforts.”

Running a business as a family is a “very dynamic situation” day in and day out, Amber said, but everyone has found their specialty. Amber’s is the public interaction as well as creating signature cocktails.

“Nobody would really want to take my place there, I don’t think,” Amber said. “Well, they might want to … but I don’t think they could.”