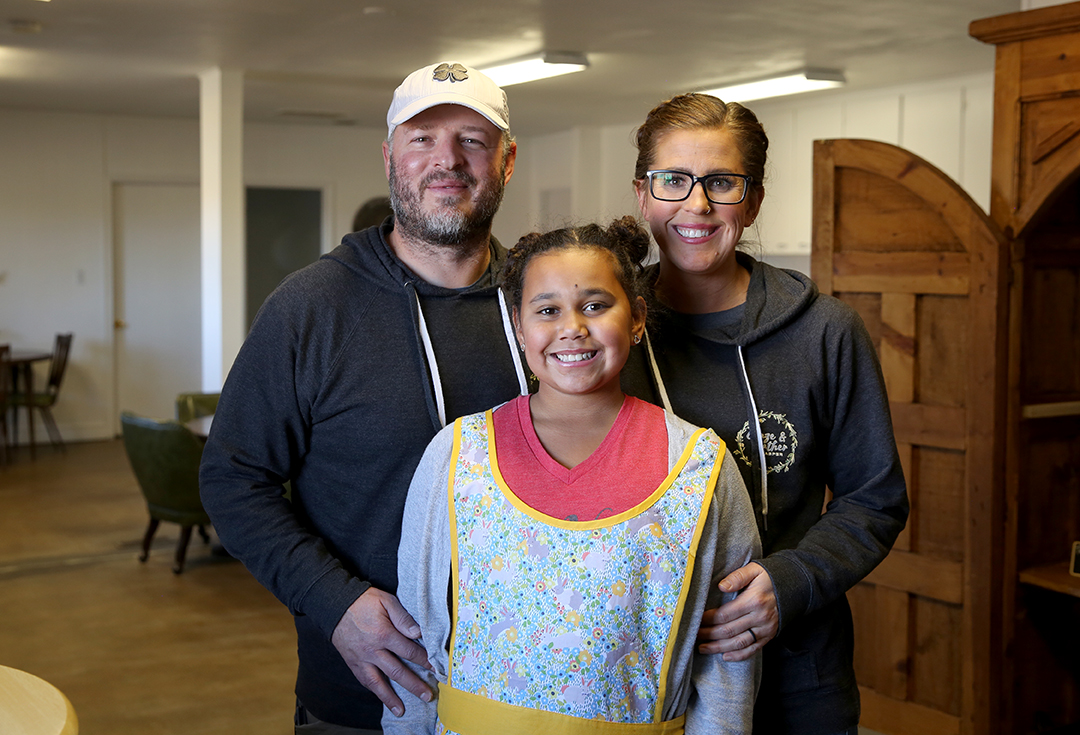 When Kelly Barnes approached the Natrona County Health Department with her business idea of making grazing tables, she was met with a curious response.

“She said, ‘I’m an old ranch gal and that means cattle to me,'” recalls Kelly.

However, after some back and forth and a few adjustments, Kelly and her husband Dan launched Graze & Gather Casper, a delivery service that specializes in grazing tables using high-end meats and cheeses elegantly displayed with the freshest produce, all paired for visual and culinary impact.

“I don’t call them charcuterie boards because the word charcuterie really deals with cured meats,” she said. “So we say ‘grazing meals and upscale charcuterie’ because we have higher-end cured meats that we use on our boards.” They also include fresh dips and artisan crackers, among other things.

“Most of it is really the presentation,” said Kelly. “Food has to be an experience; it has to be beautiful to look at, and that just makes it taste better.”

Kelly was looking for business opportunities around the time Dan’s work in the oilfield business was slowing down.

“I saw a gorgeous grazing table that someone had done in Australia, and I looked around and saw that nobody here was specializing in it,” said Kelly.

Kelly started with a custom order and delivery model, using social media to get the word out. Then the pandemic hit, and orders expanded exponentially. This year as more people resumed their lifestyles, Graze & Gather Casper was heavily booked for weddings, receptions and other events that were put off during COVID lockdowns.

Kelly said one of the largest events she’s worked was for more than 300 people. “We were booked for eight weekends straight just with wedding receptions,” she said.

“We’ve been around almost three years, but we’re getting busy enough that we had to find a place.”

That place is located at 1720 South Poplar Street in Suite 4, a former daycare the couple describe as “dated” and that they rehabilitated into a prep kitchen and eating environment.

The Barnes’ three children are also playing a role in the venture. Their older daughter is a trained barista and helped set up the coffee bar. Their son recently finished his culinary studies in Rapid City and will soon join the family business. Their youngest, Tehlia, 10, helps out in the afternoons.

“She’s homeschooled,” said Dan. “She finishes up her homework and then gets to help out here.”

Dan says after work in the oilfields slowed down, Kelly’s startup business became the family’s primary source of income. He was more than willing to use his extra spare time to pitch in, ranging from investing sweat equity in the remodel of their new space to assisting with prep and cleaning in the kitchen.

Kelly says her business was the first to sell the grazing table concept in the state, and now other startups are calling her for advice and following her on social media.

“It’s been neat to see people noticing this,” said Kelly. “It’s always fun to be the first in the state, and definitely fun for us to be the first storefront to specialize in it now.”