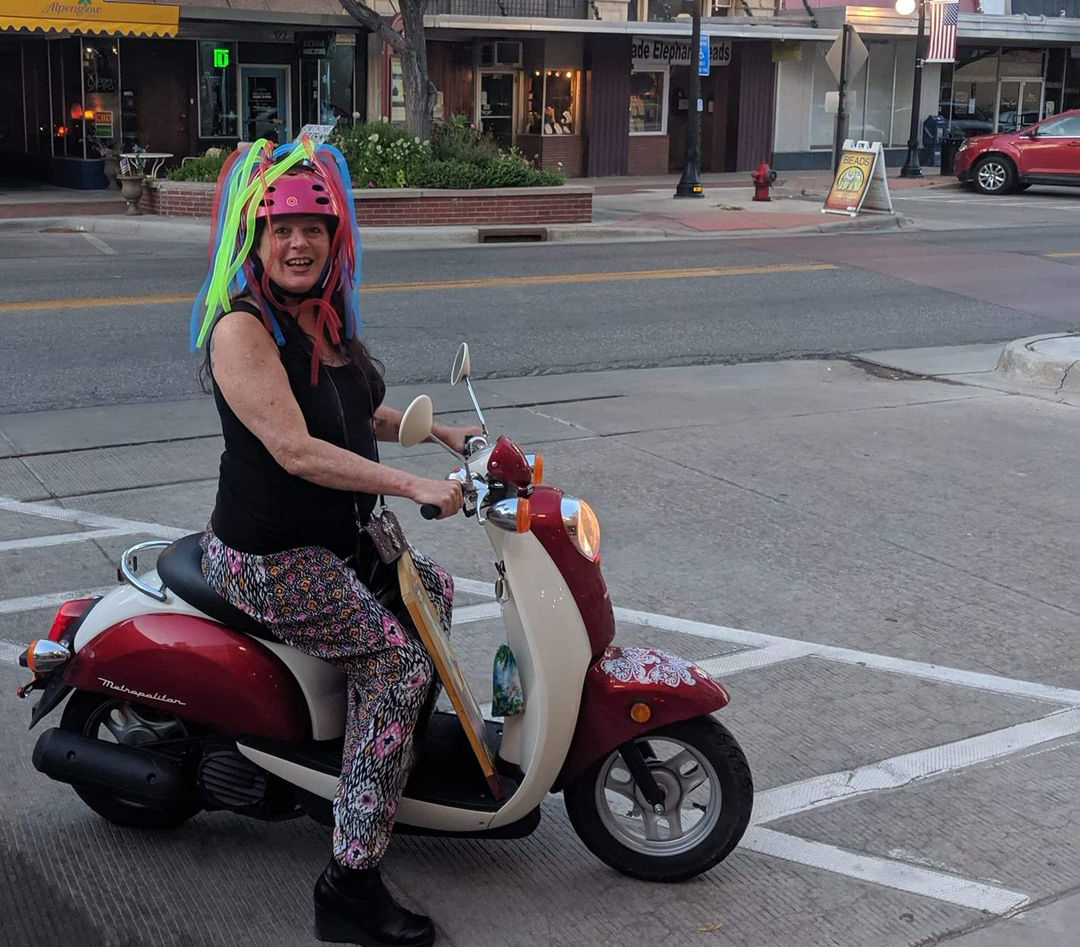 CASPER, Wyo. — When Heidi Russell arrived at an event, she was impossible to miss.

“At any gig she could attend, she was there … and she most likely pulled up on her little scooter with no shirt on,” said Casper musician Jeff Stanley.

Stanley, along with numerous other local musicians and artists, have organized a fundraiser for Russell, who has entered hospice care after weeks of declining health.

“I have cirrhosis (liver failure), hypertension (a heart attack waiting to happen), lung cancer [that] has been confirmed, and [an] edema (a swollen foot),” she posted on social media earlier this month. As the days progressed, Russell posted that she “can barely walk, breathe, sleep, or eat. I can’t bend over and am in excruciating pain.”

Russell said she had limited funds and no insurance, and started selling off her belongings and art over the past month.

Tonight starting at 7 p.m., her friends will hold a benefit for her at the Spotlight Lounge in downtown Casper in hopes of raising enough money for her comfort care during what appears to be her final days of life.

“Over the past couple of weeks, quite a few of her friends have been taking care of her at her house,” said Stanley. “Basically nobody’s left her alone.”

Stanley said she rallied some a few days ago before quickly declining again.

“The last I heard was she probably won’t make it through the weekend, if she makes it to the weekend,” he said.

Stanley describes Heidi as a “bigger-than-life” personality who almost without fail would attend and support local musicians at gigs.

“When she showed up, you knew you had someone in your corner regardless of your skill level,” he said. “She just wanted to hear you put out your best work.”

Russell has been open about the sexual abuse and trauma she experienced in childhood, and is an outspoken critic of “rape culture,” misogyny, and the oversexualization of women.

In 2019, after the 10th Circuit Court of Appeals ruled against a ban on women going topless in public, Russell began riding her Honda Metropolitan scooter around Casper without a top.

In 2019, she told Oil City News that the #FreeTheNipple trend takes the stigma out of the female breast.

“The stigma of breasts being sexualized at this point in history is not only antiquated, it’s ridiculous,” said Russell’s friend Stacie Metzker in 2019, who supports Russell’s topless scooter rides and the message it sends.

“Men can mow their lawn topless, ride a scooter through town topless. … As women, we know breasts are made to feed babies, and unfortunately in our society they are still sexualized,” said Metzker.

Stanley describes the event as “plug and play” and welcomes other solo musicians to join.

“Feel free to stop by and give anything that you can or just enjoy the music as Heidi always has,” said the event post on Facebook.

The fundraiser for Heidi Russell starts at 7 p.m. on Wednesday, November 24 at the Spotlight Lounge at 128 E. 2nd St. in downtown Casper.