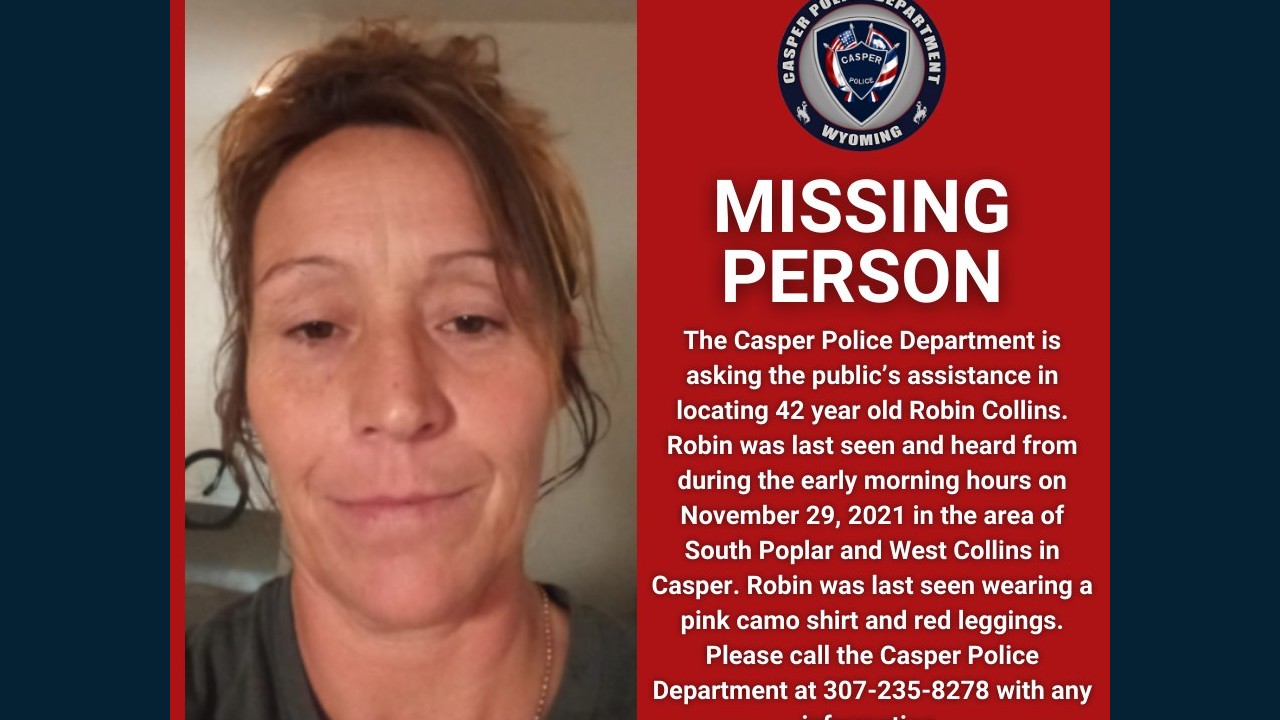 Robin was last seen and heard from during the early morning hours on Nov. 29, 2021 in the area of South Poplar and West Collins in Casper, police said.