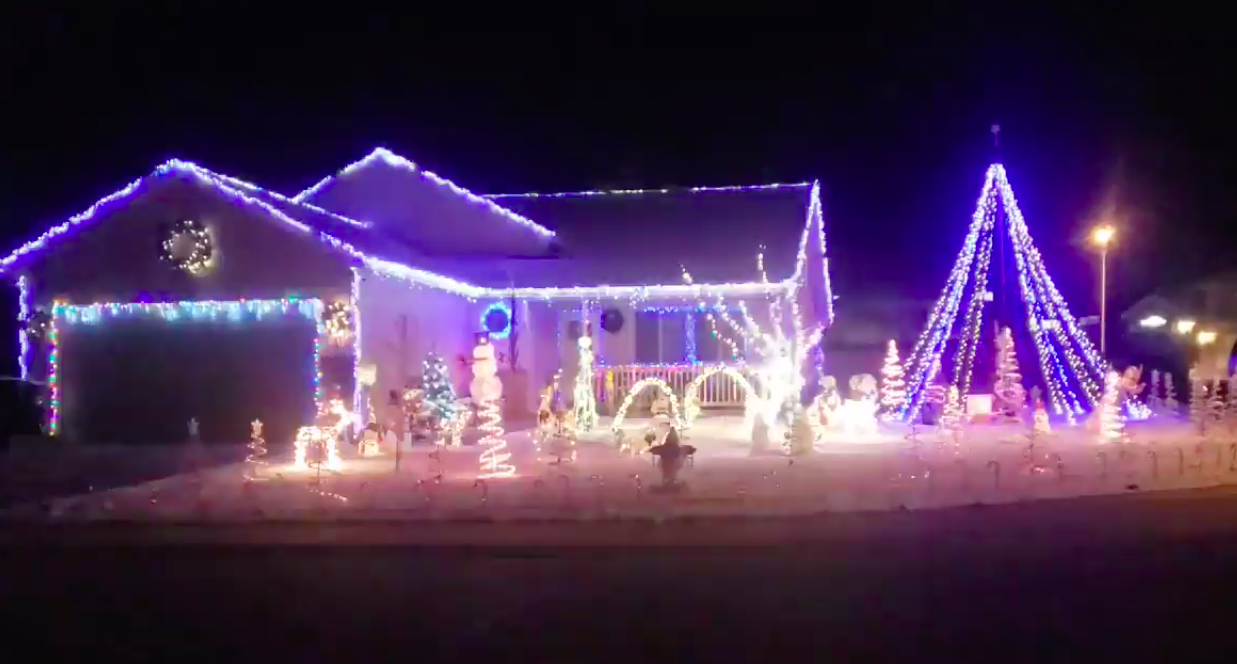 CASPER, Wyo. — Unlike in years past, homeowner Brian Wagner isn’t holding back any reservations for what was already Casper’s biggest holiday musical light show.

“This year, I put everything out there,” he told Oil City News.

With the loss of his father Stan in October, it’s been a tough year, Brian said, and that’s why he’s bringing out all of the nearly 50,000 bulbs for the annual light show.

The show is dedicated to Stan, who first taught Brian to run a sound board, a skill he still calls upon while setting up the 80 relays that control the lights.

Stan also had an eye for aesthetics, Brian said, and would direct him to spread the lights to fill empty spaces, and also advised him to strike cheesy songs from the playlist.

“He was a lot of the influence on what I know,” Brain said. “He was a very creative person.” He added that Stan and his own father had built the pool table with ivory inlays used in the movie “The Sting.”

“His creativity kind of rubbed off on me,” Brian said.

The display runs every night from about 6:00 p.m. to 10:30 at Wagner’s house, located off Robertson Road at 3148 Whispering Springs Road. The lights are meticulously synchronized to the music of 10 songs on a loop. The music is broadcast via FM radio at 98.1 MHz.

After Christmas, the playlist will shift to more contemporary songs, and will continue for a few nights after the new year.

The lights are synchronized to the music manually, and programmed down to the tenth of a second. It’s taken thousands of hours over the years to program, Brian said, along with a lot of YouTube research, consultation with other homeowners, and patience.

Brian said he started building the display 12 years ago, inspired by neighbors when he lived in south Casper. Every year he buys more lights from Walmart.

About 80% of the bulbs are LEDs. Brian said it’s cheaper to run the entire show than it is to run the air conditioning in the summer.

A box for donations to Joshua’s Storehouse is set up for those who go to see the show. Brian asks that people observe from a respectable distance, so as not to disturb the network of 75 extension cords that power the display.

He’s also got a foolproof method of wrapping the cords and lights so they never get tangled.