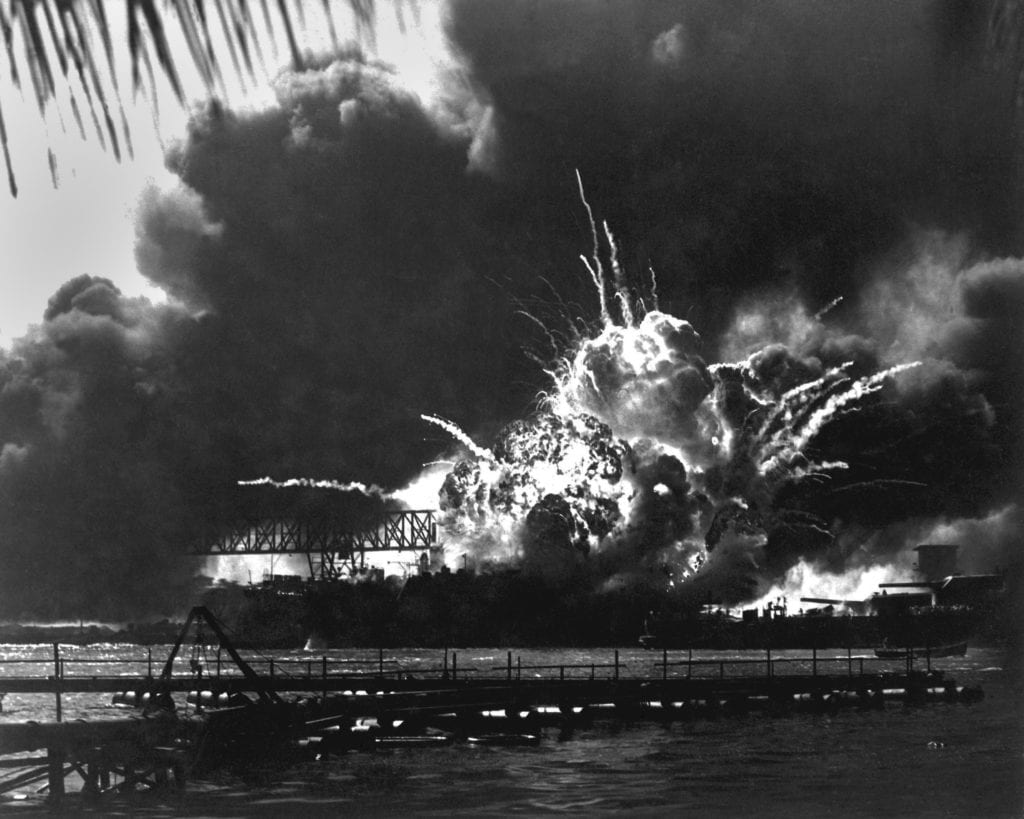 Explosion of the USS Shaw's forward magazine during the Japanese attack on Pearl Harbor, Dec. 7, 1941. The Shaw was repaired and served in the Pacific through World War 2. (Everett Collection, Shutterstock)

Pearl Harbor was attacked on this day in 1941, sending the United States into what would become World War II.

In this age of instant and constant information, it’s almost impossible to imagine how the news traveled all those years ago.

Without TV or internet, the fastest way to hear news was through the radio.

Live newscasters relied on information gathered from wire services that printed news reports onto paper via teletype. Live phone interviews were difficult to broadcast, and live remotes even more difficult to accomplish.

At this link is the haunting broadcast from radio station KGU in Honolulu made during the attack. Explosions can be heard through the crackling audio. The signal was sent via telephone lines to NBC New York. “It is no joke; it is a real war,” said the unknown reporter at one point. Near the end of the clip, an operator cuts in and interrupts the broadcast to clear the lines for emergency calls and the report abruptly ends.

In these compilations of various recorded broadcasts posted below, we can get a glimpse of how citizens heard and processed the news that would change their lives and the course of history.