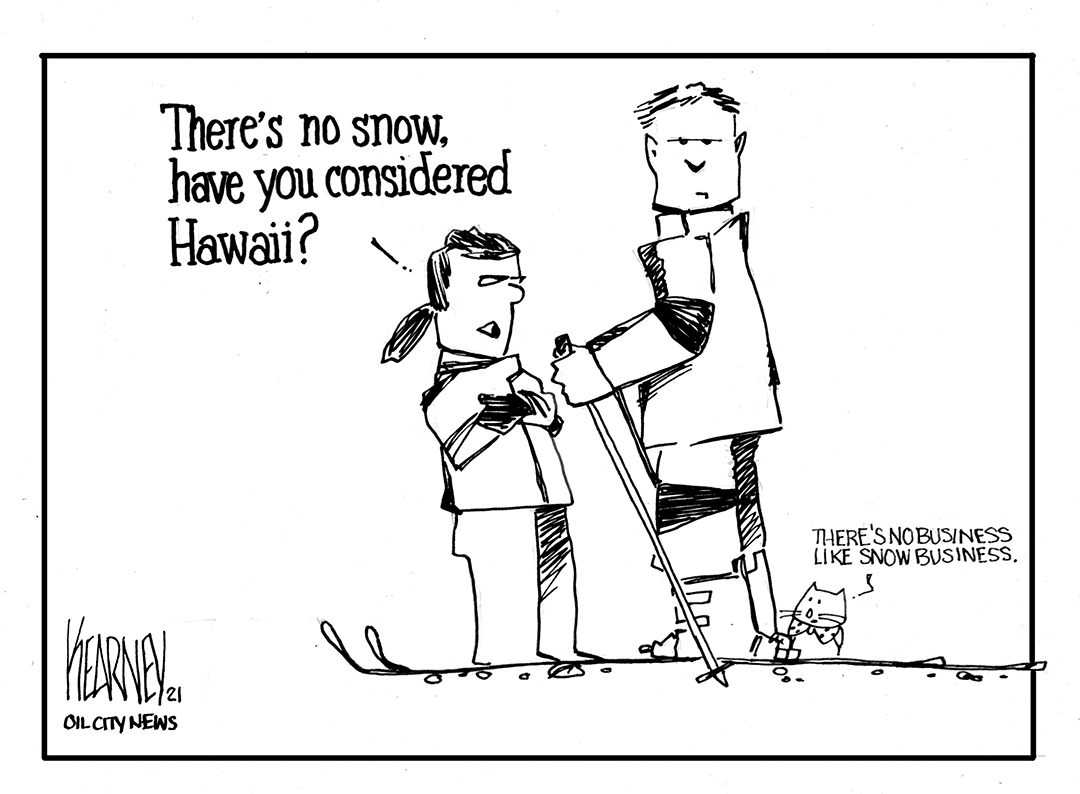 On Jan. 27, President Joe Biden ordered a pause in Department of the Interior oil and gas leasing — which had been proceeding at a breakneck pace for years. He wanted to slow the giveaway of federal lands and mineral resources and take time to consider how the leasing program could be improved to better serve American taxpayers, state treasuries, public land users and the millions of citizens suffering accelerating harm from climate change.

Before the pause, the Wyoming Bureau of Land Management had compiled a list of 459 tracts suggested secretly by oil and gas drillers and BLM bureaucrats. These tracts contained 568,196 acres (888 square miles) of subsurface estate, under both public lands and privately owned surface lands containing ranches, farms and homes.

Then, on the first of November, BLM announced that “only” 195 Wyoming tracts (a mere 280 square miles) were eligible for sale. Worse yet, BLM would be conducting full environmental assessments of these parcels, including analysis of potential greenhouse gas emissions. Again, cue crocodile tears from industry and politicians.

“It is clear that the BLM is continuing its efforts to make public lands energy development as expensive and difficult as possible,” moaned Pete Obermueller of PAW. “It’s just another effort to bring everything to a screeching halt,” carped Steve Degenfelder of little Kirkwood Oil and Gas, LLC of Casper. State Sen. Bo Biteman (R-Ranchester) imagined a broader conspiracy at work, tweeting: “In case you’re wondering why you are paying more at the pump. The Biden administration is choking off domestic supply of oil and gas.”

Let’s think about this. Two important facts stand out.

First, why do industry and their politicians need to lock up 888 square miles of Wyoming in this one lease sale? An Alaska commissioner of natural resources once told the Alaska Miners Association he’d like to see “more mining and less whining.” The same seems to apply to the poor, downtrodden Wyoming oil and gas industry. Today there are 5 million acres — more than 7,800 square miles — of leased non-producing federal mineral rights waiting to be developed. This is more land area than Campbell and Sheridan counties combined. Conservation Economics Institute estimates that “Wyoming has … stockpiled [enough] non-producing acres … [for] 67 years of drilling opportunities on federal lands.”

It makes much more sense for industry to drill this New-Jersey-sized acreage it’s already leased, rather than demanding to lock up 888 more square miles of Wyoming.

Second, by conducting full environmental assessments of these parcels before leasing, BLM is simply fulfilling its legal obligation to consider the social and environmental impacts of its actions. This will be the first time social costs of carbon and climate change are considered. The National Environmental Policy Act (NEPA) requires agencies to consider impacts on social, cultural and economic resources, as well as on natural resources. NEPA also requires that federal actions attain the widest range of beneficial uses of the environment without degradation, risk to health or safety or other undesirable and unintended consequences.

Any Wyomingite who has lived here long has seen and felt critical drought; more, bigger and hotter wildfires; and new wind and weather patterns. Whether you’re a rancher choosing between cutting your herd or paying $250/ton for hay trucked in from Nebraska, a farmer watching spinach greens burn up in early summer heat waves or a fly fisherman unable to catch and release because high water temperatures over-stress trout, you’ve begun to feel climate change. It upends traditional commerce and lifestyles, and it sometimes poses serious risk not just to the environment, but also to our property, health and safety.

Overwhelming scientific evidence concludes that climate change is human caused, is accelerating rapidly and can be sufficiently slowed only by drastically reducing the burning of fossil fuels within the next decade. Ignoring what is obvious to the 197 nations participating in the Paris and Glasgow climate conferences, pretending that climate change is not a problem and begging for hundreds of square miles more of oil and gas leases in Wyoming is nothing more than whistling past the graveyard.

Bob LeResche is a Board Member of the Powder River Basin Resource Council. He is a former Commissioner of Natural Resources of Alaska, energy executive and investment banker. He and his wife Carol own a ranch and organic heirloom vegetable farm near Clearmont, Wyoming. This column originally appeared in WyoFile, an independent nonprofit news organization focused on Wyoming people, places and policy.