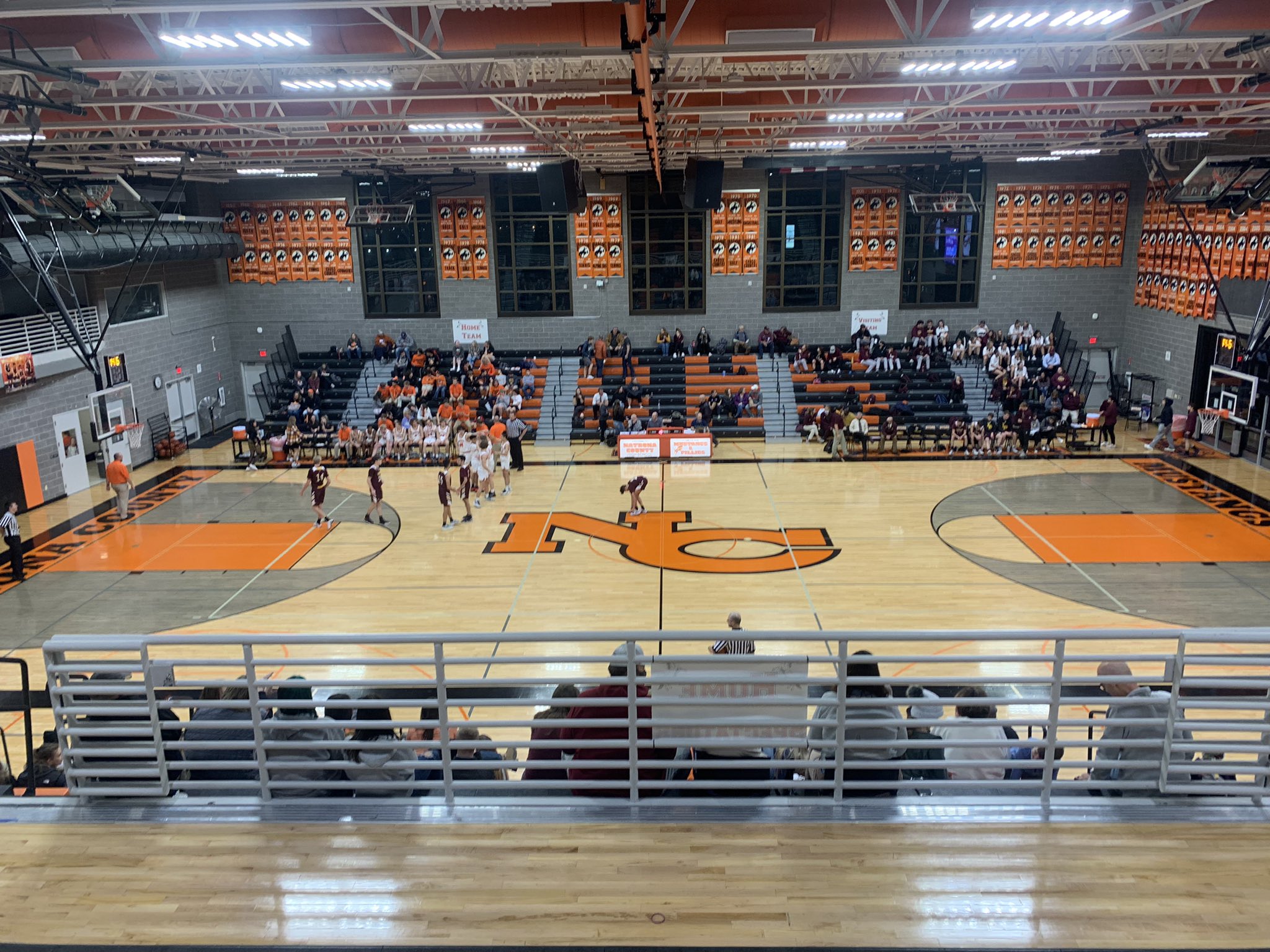 CASPER, Wyo. — Things seem a lot easier to do on a basketball court when shots are falling.

However, hot streaks like the one Natrona County’s Jackson Dutcher was on in the Mustangs’ season opener against Laramie on Thursday night at the Oil City Tip-Off don’t come around often at the prep level.

When a player hits six 3-pointers in a game despite tight ball pressure and physical defense, almost every coach will ride that wave until it dissipates — and that’s exactly what Natrona coach Phil Choler did, with roaring success.

Dutcher’s game-high 18 points came all from beyond the 3-point arc as the Mustangs downed the Plainsmen 52–46 in each teams’ start to the 2021-22 season, a game that often didn’t feel as close as the final score indicated.

Natrona was up by as much as 15 in the first half, and even though Laramie cut the deficit to as low as two, it never quite felt it had the cutting edge to get the lead.

When an opponent keeps hitting timely shot after timely shot, however, it gets that much harder to build momentum.

“We expected nerves coming out, but man, it really helps when this guy right here starts shooting the 3-ball,” Choler said as he pointed out Dutcher for emphasis. “[It] makes the nerves calm down quite a bit for everybody when he gets it rolling like that.”

Ball movement and efficient offense was key to Natrona pushing forward even with eight players on the roster making their varsity debuts Thursday. That made for many rotations but often a sense of stability for the Mustangs whenever Dutcher and guard Davis Parker were on the floor, the latter of which finished with 15 points in a bit of an under-the-radar performance as Dutcher was making it rain from deep.

The Plainsmen made their adjustments in the second half through physicality and high-percentage shots, often aiming to pick up the pace in transition or after Mustang scores when possible. But they just couldn’t keep the speed up when Natrona showed off its range; NC finished with 10 treys to Laramie’s three.

“It’s just a total team effort,” Dutcher said of the Mustangs’ shooting, “and when I start to get going, everyone just feeds off of me. Getting into rhythm is just awesome, it’s amazing.

“This group especially is like really close and we just get along really well. We have a lot of fun outside of basketball.”

Parker was one of the Natrona players that made an impact off that positive energy, with his seven fourth-quarter points playing a large role in putting to rest any chance of a late Laramie comeback.

Parker is just another one of the wild cards that could make Natrona, which trudged to a 6–13 record a year ago, more dangerous in the Class 4A field this year. There’s plenty of new faces on the floor, but also more weapons that could hurt teams.

Before any crazy aspirations, however, winning the next game remains the immediate goal. For Thursday at least, the Mustangs’ mission was accomplished.

Natrona plays Cheyenne South at 7:30 p.m. Friday in its main gym in the second of three straight days in the Oil City Tip-Off. Laramie, meanwhile, will take on Green River at 4:30 p.m. Friday, also at NCHS’s main gym.