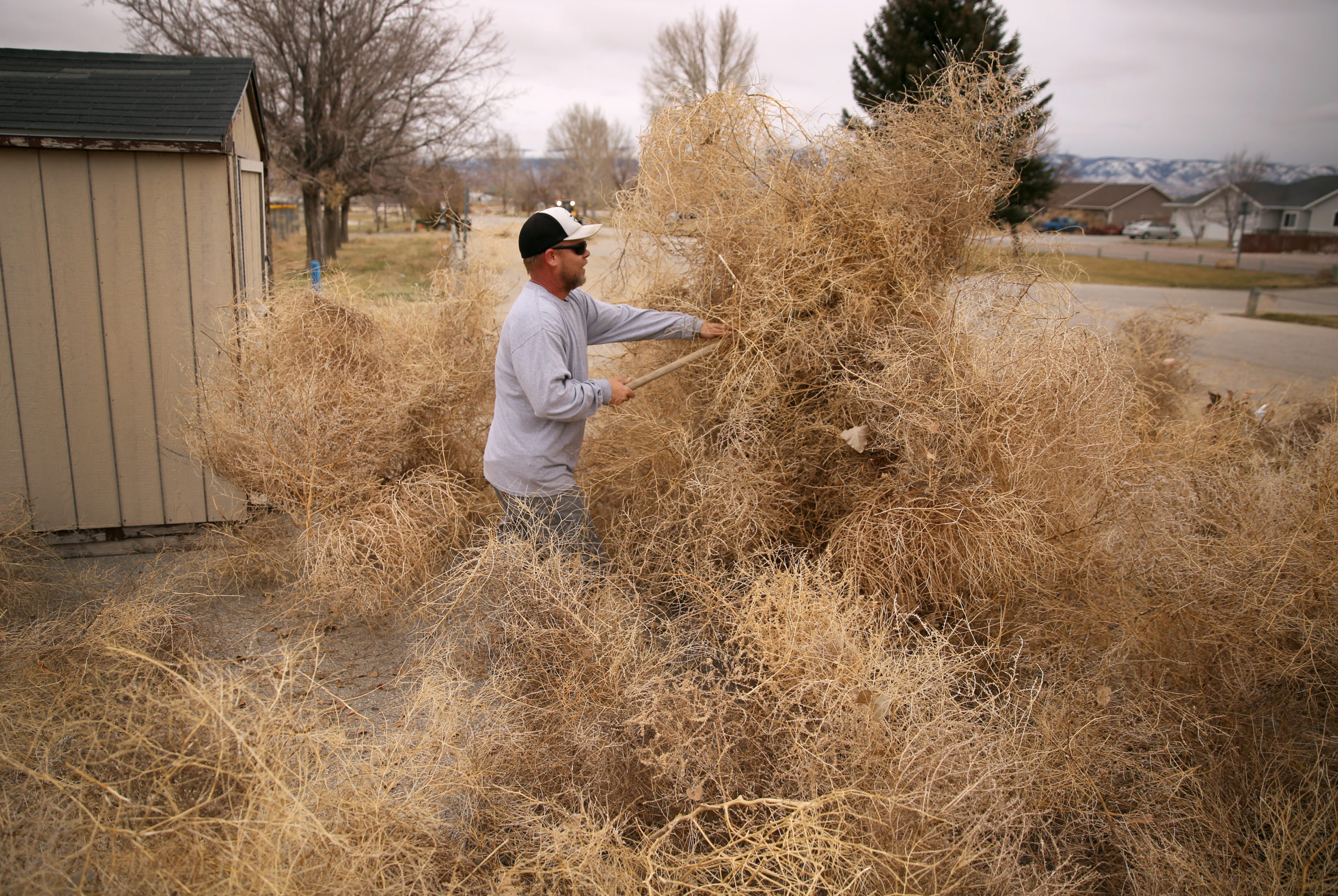 James Diekemper with the Town of Bar Nunn helps move mountains of tumbleweeds near Antelope Park on Thursday morning. Strong, gusty winds on Wednesday brought thousands of tumbleweeds into the town, where they piled up along fences, vehicles and homes. (Dan Cepeda, Oil City)

CASPER, Wyo. — The sadistically hard winds on Wednesday left some residents of the town of Bar Nunn in a prickly predicament.

On Thursday, employees were busy collecting and mulching countless tumbleweeds that covered fences, vehicles and some houses on the east edge of town.

“This is the worst I’ve ever seen it,” said town employee James Diekemper as he cleared the weeds with a pitchfork. Another employee used a mulching attachment on an ATV to chew up the pests.

“Bar Nunn is basically in the middle of a prairie,” he said, giving the weeds a place to stop as Wyoming winds relentlessly push them along.

Tumbleweeds, also known as Russian thistle, are an invasive species that was likely introduced to the American west when flax seeds were imported to South Dakota by Ukrainian farmers in the late 1880s, according to DesertUSA. They thrived as settlers removed natural grass for farming, giving the weeds plenty of opportunities to aggressively spread seeds from across the west to the Pacific Coast.

Piled high in Bar Nunn by 70-mph gusts on Wednesday, the town’s crews were in a rush to mulch as many as they could before the winds returned.

“We’re just trying to get them all before they blow back across and come back,” said Diekemper.