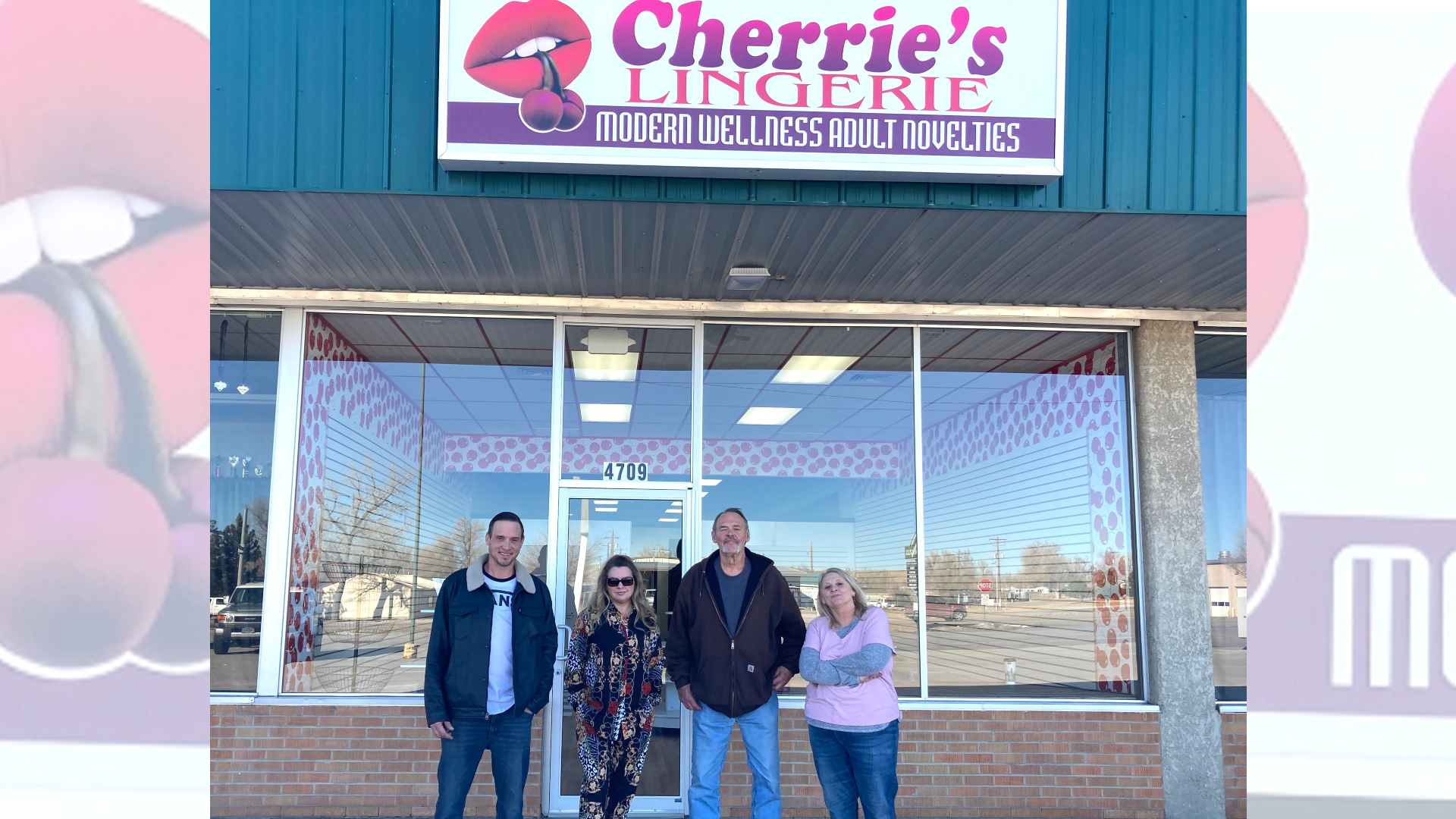 CASPER, Wyo. — “Everyone’s been peeking in the windows” of a new storefront in the Mountain View Plaza in Mills, according to the business’s co-owner Rod Parlett.

“We want to do it with class and style,” Rod said.

Though there’s not much to see yet (the inventory is still being moved in from storage), the distinctive cherry-and-lips design on the marquee has drawn the curiosity of neighboring business owners and citizens.

The response has been universally positive, they said.

“Everybody’s really nice and really accepting,” Cheryl said, adding that a woman she met and had been chatting with at the grocery store had excitedly mentioned the new business, unaware that Cheryl was an owner.

“She was excited. Like, ‘yay, finally, I don’t have to buy things on the internet!”

The idea began when Steven and Rod were laid off (again) from the oilfield due to the pandemic. They were tired of the boom and bust cycle, and also tired of relocating and constantly being on call.

They had also noted the ubiquity of adult-themed businesses, both locally-owned and franchised, in Colorado.

“There was a lot of research put into this, and it is one of the top five growing businesses,” Rod said.

He added that the growth is coming from the fast-growing millennial demographic which, like each successive generation, is increasingly recognizing sexuality as a part of overall health and wellness.

Once Steven heard that Adam and Eve, a major national retailer of adult products, was looking into opening a location in the Casper area, the team moved quickly.

With the help of realtor Randy Hall, they secured the Mills location, formerly Bid’s Place.

“It was a nightmare,” Steven said. Armed with the knowledge gleaned from many late nights on YouTube, Steven undertook a full demolition and rebuild of the interior. Everything from the laminate floors, wood shelves, walls, and ceiling tiles is new.

With his newfound experience in fabrication, Steven said he’s looking to build the specialized furniture himself.

While exotic dancers, swingers, and online models will certainly make up some of the clientele, Cheryl said the store is for everyone including couples, the elderly, or even just a someone looking for a unique garment to feel sexy in.

“You have to be totally healthy,” Cheryl said, “and no different than your heart and your teeth or your eyes, if you’re not healthy in your sex drive, you’re not a happy person, pretty much.”

Steven said “there’s never been any shyness” in the family around sexuality.