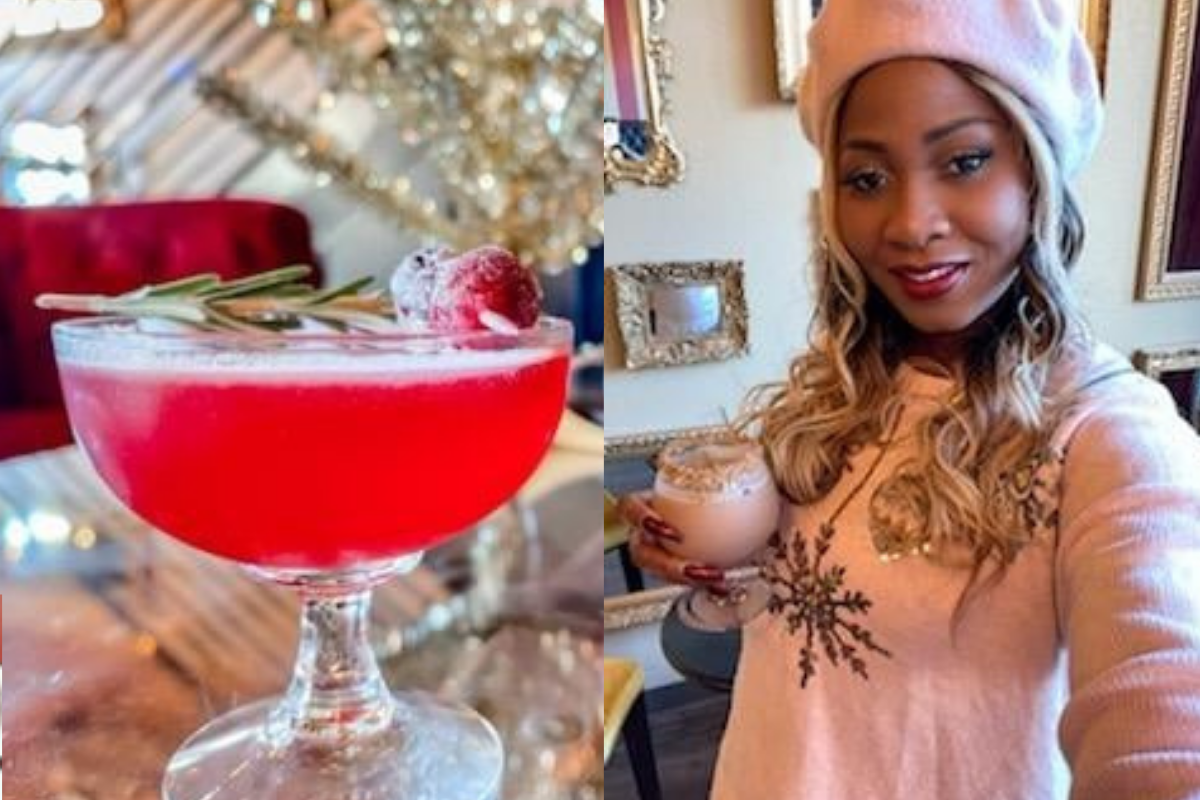 They have already made over eleven different kinds of drinks and today is their last one for the special. I know I don’t want to miss my chance to try Twelve Drummers Drumming! According to Backwards, their bartender “Matt has created a fireside old fashioned with pecan whiskey, cinnamon, and cocoa and then smoked with pecan chips.” Doesn’t that sound delicious?

According to Amber Pollock, who is the co-owner, the cocktails this year have been a lot of fun. Each bartender got to make a featured drink. Each day is a different cocktail and if that wasn’t enough incentive to try each concoction, there is also a raffle going on. If you were able to make ten of the twelve days, you were placed into a special raffle.

Pollock says that it has been cool to see the same people come in every day and try them all. They have had at least 40 people so far make every day and everyone seems to be enjoying themselves. They have also seen a lot of customers use the take-home option so that they could still try them at home.

The idea originated a couple of years ago, but this has been their best year! Pollock told me that they had started doing cocktails for Christmas, sometimes in different forms. They had an advent calendar, did specials, and tried different promotions. One year, they even did Christmas Villains.

When they tried the twelve days of Christmas at their old location, it was popular, so they decided to continue it and make it a tradition for the company. This year, they even had just the right number of staff to have a new bartender special every day.

However, the fun doesn’t stop there. As the customers have been coming to try new drinks, they have also been dressing up with ugly Christmas sweaters and Santa costumes. According to Pollock, “It has been really fun to see so much happening.”

The fun is still not over, tomorrow; although the twelve days of Christmas will be over, Backwards has its annual hot cocoa party. They will be serving mixed drinks with hot chocolate and sugar cookies. You get to pick your own toppings! It’s sure going to make my list of Christmas traditions.

When the Christmas song says “spread a cup of cheer,” Backwards Distilling Company took that to heart. Come on in from 3 p.m. to 10 p.m. today and any time from noon to 8 p.m tomorrow.