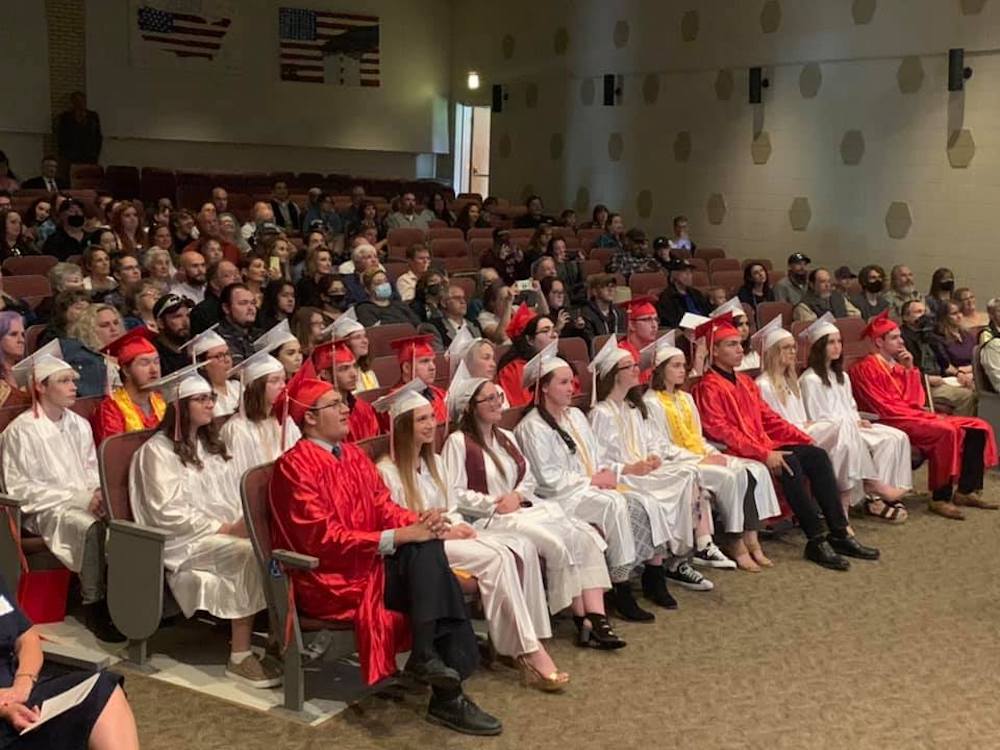 A quintupling of students taking classes remotely last year has prompted changes in the study and practices of virtual education in Wyoming.

Nine years ago, D’Ron and Jason Campbell made a decision that felt a little radical at the time. They pulled their daughter Kaitlyn, then in fifth grade, out of the local elementary school in the tiny town of Saratoga and enrolled her in one of Wyoming’s statewide virtual education programs.

The Campbells eventually decided to enroll their other three children in Wyoming Virtual Academy because D’Ron, a former mechanical engineer, wanted all her children to “go as high as they could go, and also still live here in Saratoga.” The parents say they have been happy with the program, which allows their children to participate in sports and debate in their local school district, but also take AP courses that aren’t offered in Saratoga schools.

Kaitlyn is now a freshman at the University of Wyoming. “My transition to college was basically seamless,” she said.

The number of Wyoming students enrolled in virtual education programs quintupled last year, and it’s not yet clear how seamless that shift will be for the state’s K-12 learners or the institutions that serve them.

“The fact that we’re a rural frontier state means that we actually have a lot of families that for over a decade, instead of their kids spending three hours a day on a bus, they’re wanting to utilize virtual options and have their kids at home on the ranch with them the whole time,” Kari Eakins, chief policy officer at the Wyoming Department of Education, said.

The state launched the Wyoming Equality Network in the early 2000s, according to Eakins. The first iteration of virtual learning in the state was “synchronous,” meaning students and teachers had to be logged in at the same time for instruction. That system wasn’t widely used.

Online learning in Wyoming is unique because even the statewide programs are attached to a school district, according to Lori Thilmany, the state’s virtual education program manager. “I don’t have an example in any other state that’s like the way we do it,” Thilmany said. “They typically have separate funding streams and just a different setup.”

“We hired a lot last year,” said Caroline Hickerson, secondary principal of Wyoming Virtual Academy, a statewide program based out of the Niobrara County School district. Typically, their students range from kids from military families to those with medical disabilities, or even professional musicians or BMX racers who must travel frequently, she said.

However, many families enrolled their children in virtual education programs for the first time because of the pandemic, Hickerson said. She also saw a bump in enrollment this year because parents did not want their children to wear masks in class. “As soon as [counties] implemented their mask mandate, I had just a flurry of enrollment,” she said.

Peak enrollment at Wyoming Connections Academy, another statewide online option out of Big Horn County School District, last year was 1,311 students, principal Shannon Siebert said, which was more than double what it had been the prior academic year. The academy currently averages between 680 and 690 students enrolled, she said.

The state of Wyoming as a whole went from having a little over 1,000 students enrolled in virtual education programs to having roughly 5,400 last year, according to Eakins. The number of district-level programs also doubled to 10, she said. Today, there are five statewide virtual education programs, fifteen district-level programs, and about 2,000 students currently enrolled.

The influx of students and programs has led to a few changes in the state.

“We’re learning more about what are the best practices for [virtual education],” Siebert said. “The pandemic really skyrocketed that research and actually changed a few things for the better.” For example, her staff tried to build social/emotional learning into the curriculum by bringing students together through things like “friendship circles.”

The addition of more students, programs and COVID-19 relief funds has made it possible for more research to be done on the statewide level, Eakins said. Only a few years of data have been collected, and not much analysis has been conducted on the performance of remote learners compared to those attending brick and mortar schools.

In general, virtual students tend to do better in reading than math, and once they get into older grades, virtual students do not tend to perform as well, according to Eakins, but without more in-depth analysis, it’s difficult to parse exactly why that’s the case.

In the Dec. 13 Joint Appropriations Committee meeting, legislators wondered why virtual education students cost the same per pupil as brick and mortar, and if the Wyoming Department of Education has conducted an analysis of per-student costs. Co-chairman Rep. Bob Nicholas (R-Cheyenne) said he wants to “make sure we’re not creating basically a sinkhole for those locations, and over paying for the services being provided.”

But when it comes to questions about funding, she said, “I don’t know that we can give them the cost breakdown that they’re really looking for. We would need to have that outside consultant come in and do that.”

In the meantime, families like the Campbells in Saratoga will continue making use of a program they say has served them well — although they caution it is certainly not for everyone.

“I think it would be hard if you didn’t have someone like me, who is home and is hands on, making sure they’re focused and getting their work done,” D’Ron said.