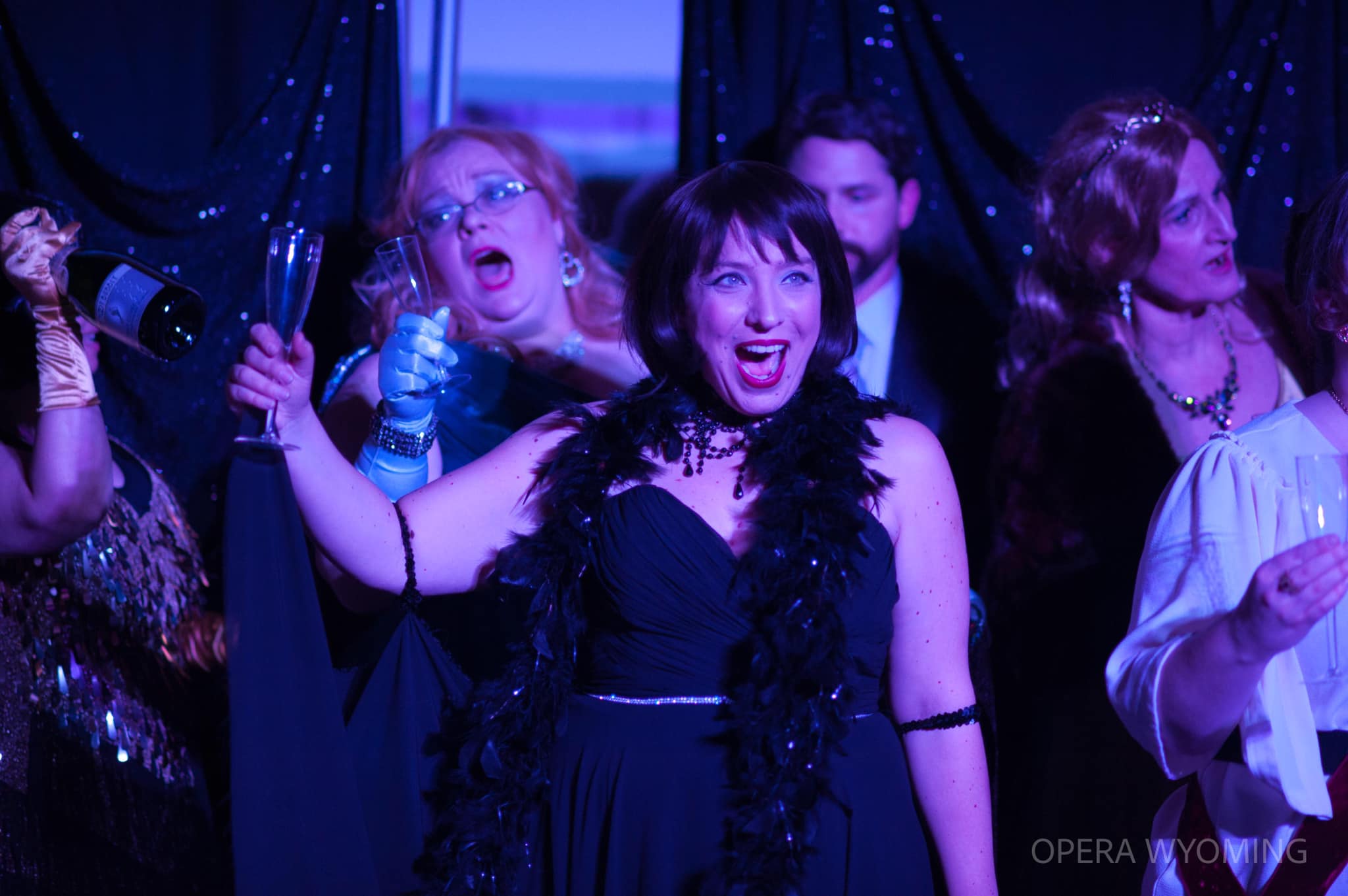 CASPER, Wyo. — The red carpet will be just one of the technical production touches at The Lyric this New Year’s Eve as Opera Wyoming presents “a live variety show extravaganza inspired by favorite movies.”

“It’s going to be a full-on show” with full lighting production and images from the films projected onto the walls, said Opera Wyoming co-founder Emily Quintana. Attendees are encouraged (but not required) to dress for the occasion.

“Opera Goes to the Movies and performances will include numbers featured in films like “Skyfall,” “Sweet Charity,” and the 2013 film version of “The Great Gatsby.”

The cast will feature performers with the Keyhole Peepshow, frequent collaborators with Opera Wyoming. Known for their burlesque performances, their New Year’s Eve set will be a family-friendly, cabaret-style act.

“What [Keyhole founder Fathom Swanson] always says about burlesque is ‘more is more,'” Emily said. “And I feel like opera is the same way … Lots of make up, lots of glitter, lots of hair.”

Emily says the pieces will be familiar, as they appear in commercials, movies, TV shows and elsewhere in mainstream culture.

Matt Stairs will also be performing from his well-practiced set of Disney numbers, and Daniel’s alter ego Byron Grey will also kick things off with a magical illusion.

Opera Wyoming will also use the occasion to introduce its new season, reintroducing full narrative productions to its repertoire of variety acts. The New Year’s Eve production represents this transition:

“We are going to show those parallels between musical theater and opera’s influence on music theater.”

Opera Wyoming emerged from the pandemic with live performances last May, and has given both seasoned and emerging performers the chance to shine.

“We’re finding a lot of talent in Casper right now,” Emily said. “Part of our mission is to develop talent here and give them a place to perform.”