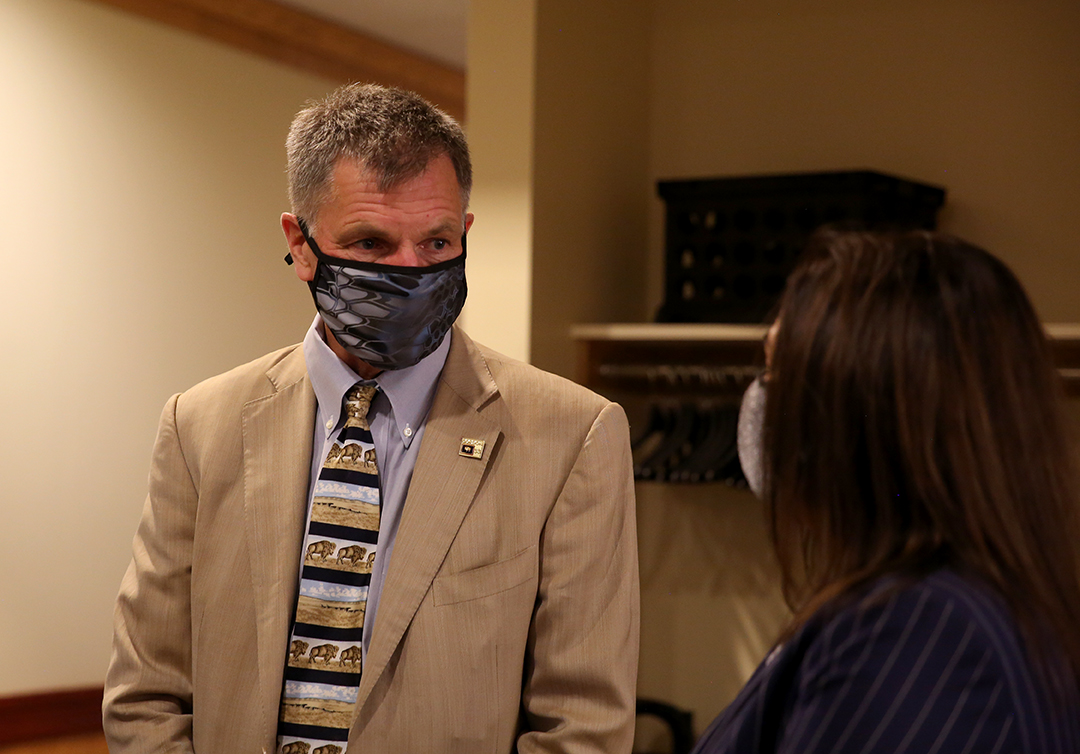 Wyoming employers have differing opinions on overreach, but many agree that legal volleying and uncertainty make it difficult to prepare for the future.

Wyoming businesses are still wrestling with uncertainty and confusion about how and if to comply with federal vaccine mandates more than three months after those regulations were announced — and time may be running out.

When President Joe Biden announced in September plans to require certain workers to get vaccinated against COVID-19 or face regular testing and masking, the news prompted a months-long legal battle involving dozens of states and the federal courts.

Gov. Mark Gordon vowed to battle the mandates in court, and the Wyoming Legislature even took the extraordinary step of convening a special session to respond to mandates — producing a single bill “prohibiting the enforcement of federal COVID-19 vaccine mandates,” in response.

Meanwhile, business owners were left scratching their heads about how to prepare amid the ever-fluctuating news, they say.

After months of back and forths, the fight may soon come to an end. On Jan. 7 the Supreme Court will hear oral arguments before determining whether or not to stay the mandate or reinstate an injunction.

While employees and employers across Wyoming have differing opinions on whether or not a vaccine mandate constitutes federal overreach, many agree that the legal whipsawing has been a source of confusion, frustration and uncertainty.

Stuck in the middle

Until the lawsuits are finally resolved, Green House Living for Sheridan is “doing business as usual, just like we’ve done prior to the mandate,” Fuller said. They regularly test employees for COVID-19, but are not firing unvaccinated employees, which currently make up roughly 50% of their staff, according to Fuller. “But if the mandate were in place, we would have no other option but to let them go if they don’t need either the medical exemption or the religious exemption.”

Green House Living for Sheridan won’t use all 48 beds in the facility in case the mandate is upheld and the operation must let go of staff, Fuller said. They’re already short-staffed and Fuller worries that they’ll lose even more employees whom they won’t be able to replace.

“We’re not scared by the mandate, but it hasn’t helped us one bit,” he said “It’s a frustration.”

That feeling of frustration was echoed by other businesses in Wyoming.

“It feels like this very painful limbo, where we’re waiting and waiting to see,” Elisabeth Cassiday, executive director of the Sheridan YMCA, said. Her operation employs 140 people, from 14- or 15-year-old teenagers working their first jobs to retirees picking up a shift or two, she said, but only counts 20 full-time workers. Getting everyone on the same page has been a challenge, she said.

Cassiday is considering purchasing software to help the YMCA track vaccination status, as well as setting up testing stations for those who choose not to get vaccinated. The initiation cost of the software is $2,500, however, a big investment to make when Cassiday still isn’t even sure if the courts will ultimately require organizations like hers to comply with the mandate.

“There are no plans to mandate vaccines at this point,” Baldwin said. “We’re ready to move if we need to. But at this point, there’s not been a final resolution in the court.”

A resolution of sorts on the horizon

Roughly two months after Biden’s announcement, the Occupational Safety and Health Administration issued a set of rules outlining guidelines for employers designed to “to protect unvaccinated employees of large employers (100 or more employees) from the risk of contracting COVID-19 by strongly encouraging vaccination.”

That same day Gov. Gordon announced that Wyoming, along with 11 other states, would file a lawsuit to prevent the OSHA standard.

“We have been preparing for this battle and, as promised, we are now joined in the fight to protect our civil liberties,” Gordon said in a related statement. “Rest assured I am committed to using every tool possible to oppose these unlawful federal policies.”

On Dec. 18 the U.S. Court of Appeals for the Sixth Circuit overturned an injunction, instated by the Fifth Circuit, on the mandate for businesses with over 100 employees. OSHA’s website states that the federal agency will exercise “enforcement discretion,” but won’t start issuing citations for noncompliance until Jan. 10, and specifically won’t issue citations for testing until February.

“If I was advising an employer I would say be ready to comply with that Jan. 10 mandate,” said Michael Duff, a professor at the University of Wyoming College of Law specializing in labor and employment law.

“Whatever happens here, somebody better get a clear set of rules about when this agency can regulate.”