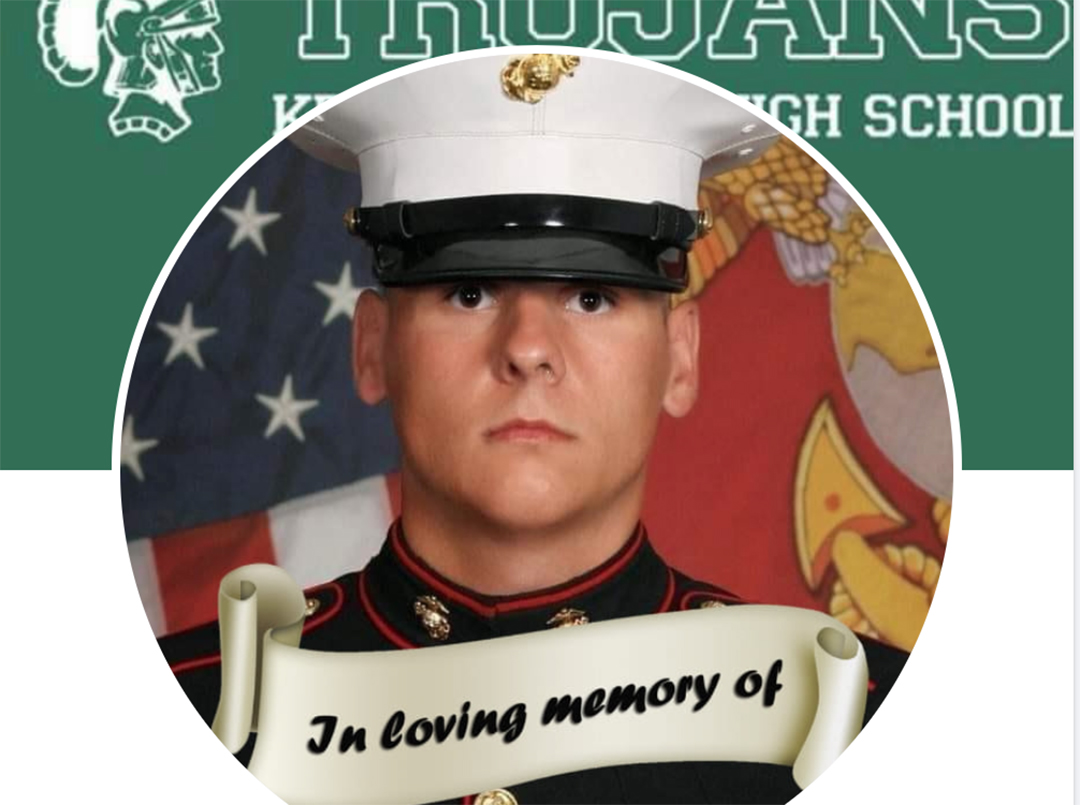 Kyle didn’t feel like answering; he wasn’t in the mood and it probably was nothing important. He looked outside anyway.

“I turned the lights on and I saw their uniforms,” he recalls.

He let two Marines into their home, still confused but not worried.

Kyle and Kelly’s only son, LCpl Jerrod Warden, was safely back at Camp Pendleton in California. He had returned there after visiting the family in Casper in October, a visit that came after a six-month deployment doing security detail in the Middle East.

What the men told them was devastating. Jerrod had died.

“It was a non-combat death,” said Kyle. “They don’t know at this point what caused him to pass away.”

The incident is under investigation, said Kyle. Oil City News reached out to Marine Corps Base Camp Pendleton’s communications department earlier this week but did not receive information on the case by publication time.

“He was a good kid,” said Kyle. “He was always loving, caring … he would do anything for anybody. We’ve heard from a lot of people that he was the nicest person around.”

While attending high school at Kelly Walsh, Jerrod played on the football team and wrestled on KW’s championship team in 2019.

Immediately after graduating in 2020, Jerrod joined the Marines. At first, his desire to serve his country came as a bit of a surprise, since Kyle says they aren’t a military family.

“It was kind of a shock, but yet we were very supportive of him,” he said.

Jerrod’s mom Kelly said he missed home after leaving for the Marines.

He would call his mom a lot for long talks. He missed his family, and he even missed Casper’s wind. “We keep calling it ‘Jerrod’s wind’ when it’s pretty windy,” said Kyle.

“He told me the hardest part of being a Marine was not the mental or the physical part, it was being away from your family,” said Kelly.

Though still processing their loss, the family went forward with the holiday season. Jarrod adored his niece Kimora, who will turn two this month. The family wanted her Christmas to be special.

Kyle says before Jarrod’s deployment they bought Kimora a “Hug-A-Hero” doll likeness of her uncle, which she carries everywhere. They’ve ordered another one at the request of Jerrod’s battalion.

“They want us to order one so they can take it on their next deployment,” said Kelly.

Jerrod L. Warden will receive full military honors on Thursday at the Oregon Trail Veterans Cemetery. The ceremony will take place after his memorial service at Highland Park Community Church, which starts at 11 a.m. and is open to the public. The memorial service will be livestreamed starting at 10:50 a.m. at Highland Park’s YouTube channel, which can be found here.