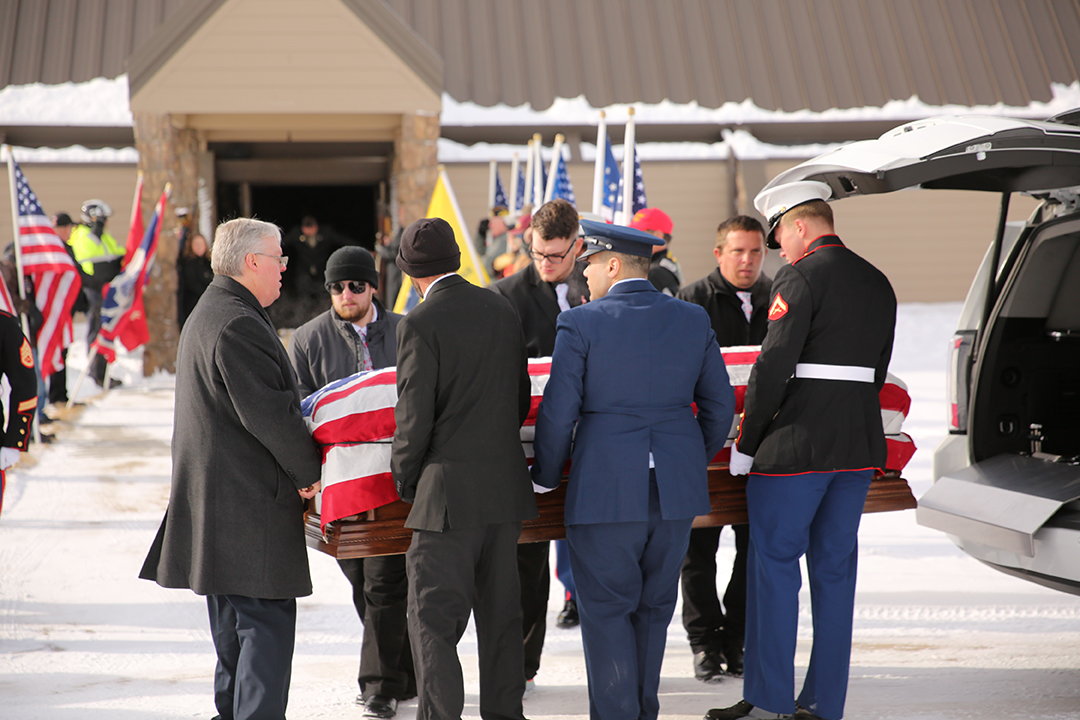 Warden, age 20, died on December 14 at Camp Pendleton in California. According to his parents, it was a non-combat death and remains under investigation.

Warden joined the Marines after graduating from Kelly Walsh High School in 2020. He and his battalion were deployed for six months last year in the Middle East before returning to Camp Pendleton.

“He was a good kid,” his father Kyle Warden told Oil City News. “He was always loving, caring … he would do anything for anybody. We’ve heard from a lot of people that he was the nicest person around.”

“He told me the hardest part of being a Marine was not the mental or the physical part, it was being away from your family,” said his mother, Kelly.

During the ceremony at Oregon Trail Cemetery, Kelly was presented with the U.S. Flag that draped Jerrod’s coffin. Many in attendance cried openly during the 21-gun salute and the playing of “Taps.”