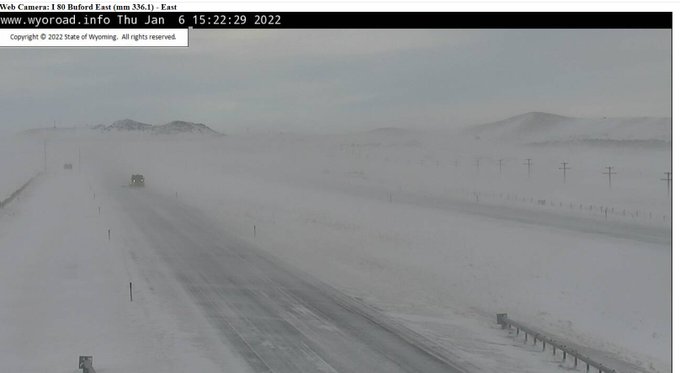 A midweek winter storm that brought snow and arctic temperatures through much of the state has been replaced by warming temperatures and extreme winds, causing icy roads and whiteout conditions.

Interstate 80 from Cheyenne to Rawlins is closed as of 5:30 a.m. on Friday, and Rawlins to the Utah border is under rolling closures, according to WYDOT. Closures started on Thursday just hours after roads were reopened following Wednesday’s storm.

Interstate 25 between Cheyenne and Casper is closed to light and high-profile vehicles on Friday morning.

Closures are also affecting highways, such as US 30 between Granger and Cheyenne and US 287 between Laramie and Medicine Bow.

The National Weather Service in Riverton is calling for wind gusts up to 60 mph in central Wyoming today, bringing blowing snow and reduced visibility. Gusts between 65 and 70 mph are expected in southern Wyoming along Interstate 80, the NWS adds.

Today’s high in Casper is predicted to hit 44 degrees, a dramatic rise from Thursday’s subzero temperatures.