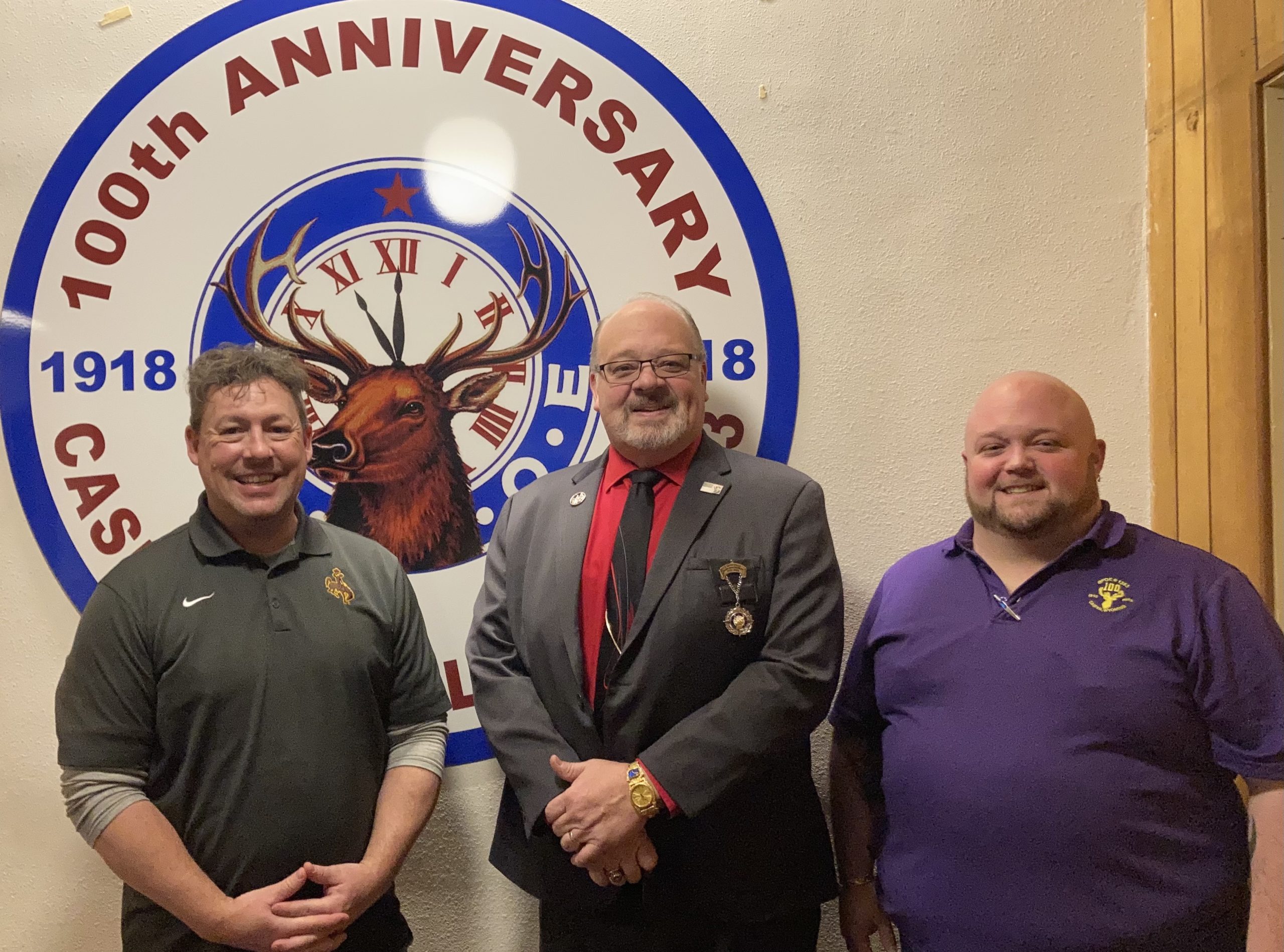 CASPER, Wyo. — Fresh off the plane from a visit to Hawaii, T. Keith Mills, National Exalted Ruler of the Benevolent and Protective Order of Elks, is in Casper for the Wyoming Elks’ triannual state conference.

“I love the rural states,” Mills told Oil City on Friday at the historic brick building by City Park. Mills himself is from Caldwell, Idaho. He’s halfway through his year as Grand Exalted Ruler, and in the full course will visit Lodges in all 50 states. He’s been to 29 so far.

Mills said that Elks members in rural areas are especially cohesive and connected to the overall mission, including the commitment to remain non-partisan.

“I don’t think these guys have an issue, but sometimes the politics needs to be left at home,” Mills said. “There’s a lot of members out there that maybe have forgotten what the obligation was about.”

Nationally, the Order spends more than $80,000,000 annually on community projects, youth programs, scholarships, veterans’ assistance, and physical and occupational therapy programs. Besides the federal government, Mills said the Elks are among the top five providers of academic scholarships in the country.

Orders in every state adopt their own area of focus.

There are 15 Lodges in Wyoming, and they provide kids in their areas with anything from dental care, eyeglasses, hearing aids, clothing, and transportation to medical care facilities, said Pat Russel, chair of the Wyoming’s major project committee, which she’s served on for 14 years.

Case referrals come through the school system, Department of Family Services, and other community organizations.

Nathan Soper, chairman for the Board of Directors for the Casper Elks Lodge, said resources are limited due to Wyoming’s low population, but they’d like to expand youth assistance to include things like school supplies, medication, and food.

Another area of focus is veterans’ assistance. The Casper Lodge recently contributed to an ongoing effort to relocate and expand the veteran’s memorial along the Platte River Trails to a park near Fort Caspar. Smith’s home Lodge in Cody contributes to the state’s three VA hospitals.

Mills describes his role as a “traveling ambassador,” bringing the news and ideas of Lodges nationwide wherever he goes.

He said there’s work to do raising the Order’s profile and improving internal communications.

“I think we’re the best kept secret in the United States,” Mills said. “We have a persona that we’re just a good old boys drinking club, and it’s unfortunate that we let that happen. That’s what our challenge is today: reintroducing ourselves to the communities.”

Soper and Smith added that the organization has historically been content to keep celebrations of its works within the community. They said the time has come for a bit of self-promotion.

Mills said the service-minded Order has typically improved its ranks in times of crisis. The COVID-19 pandemic has been an exception, as enrollment numbers flattened in 2020. The ranks are slowly refilling, however, and Mills said the pandemic has shone a light on new areas where the Elks can be of service, particularly in mitigating food insecurity.

Mills was introduced to the Elks through his father, and he’s been a member for 33 years.

“The Elks have been very good to me,” Mills said. “This is one of those organizations that no what you put into it, you’re going to get 10 times [more] out of it.”

He said the feeling of satisfaction is comparable to the feeling some people experience through charitable giving around the holidays.

“This organization gives me that feeling of accomplishment every day of the year, because I know exactly what we’re doing.”