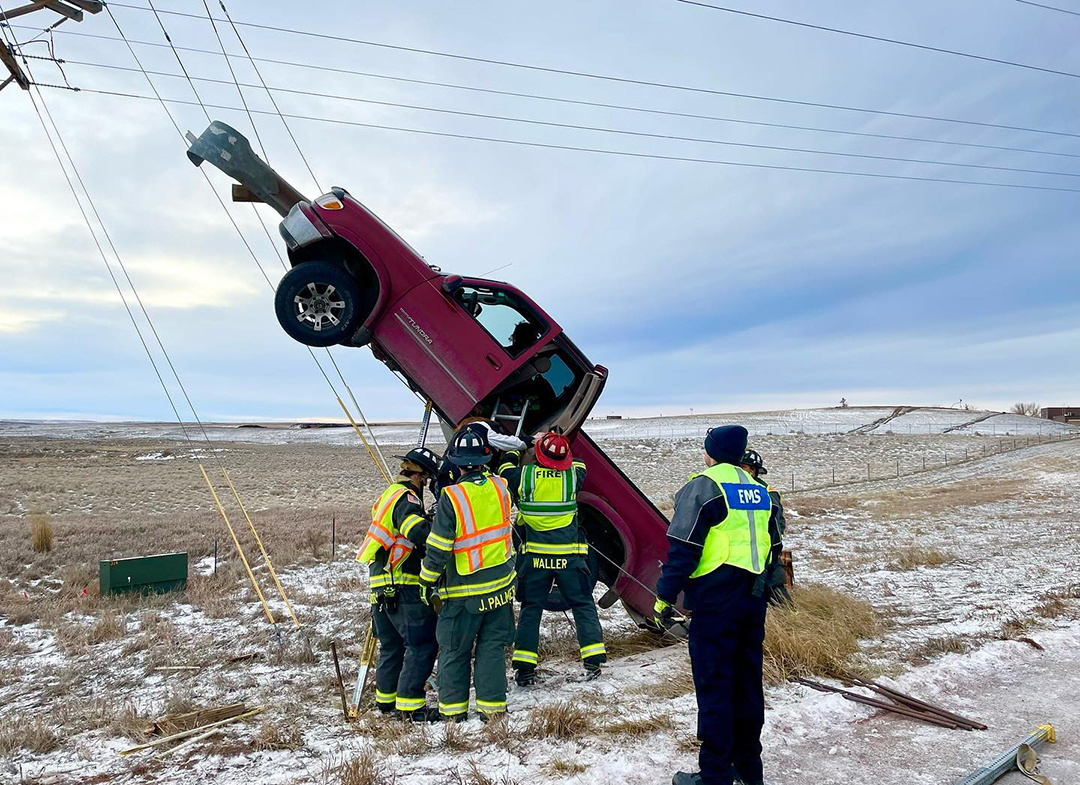 A truck that left the roadway near Gillette ended up almost vertical after it ran up a power pole’s guy-wires early Friday morning.

According to a social media post from the Campbell County Fire Department, three people were helped out of the vehicle by rescuers. No injuries were reported.

City of Gillette Electric crews were able to stabilize the power pole without disrupting service.