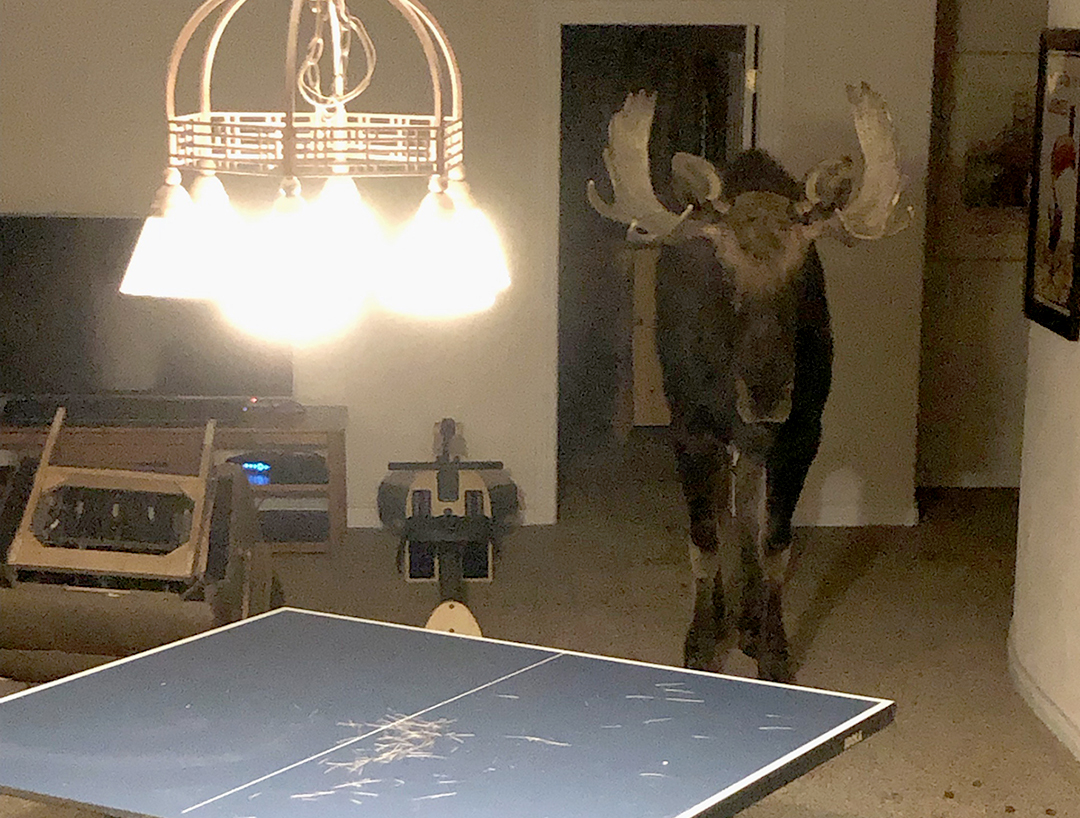 A moose is seen standing in a basement family room after it fell through a snow-covered window well in Breckenridge, Colo. this week. (Courtesy Colorado Parks & Wildlife)

That’s what happened to a hapless moose this week in the mountain town of Breckenridge, Colorado.

The full-grown moose was grazing near a home’s snow-covered window well when it fell through and landed in the basement on Monday afternoon, according to a release from the Colorado Parks & Wildlife.

Officers opened doors to give the moose a chance to escape, but a narrow staircase required to reach the exit kept the moose from leaving.

CPW officers then tranquilized the animal and cut off its antlers so it could fit up the home’s stairs. According to the release, moose antlers typically fall off around this time of year anyway so the animal can grow new ones by spring.

Several officers from Breckenridge Police, Blue River Police, and the Red, White & Blue Fire and EMS assisted CPW officers in carrying the beast up the stairs and outside of the house.

“It’s important that window wells allow people in a home to escape in the event of an emergency, but at times they can be hazards to wildlife,” said CPW Area Wildlife Manager Jeromy Huntington in the release, which also recommends removing vegetation around the vicinity of window wells and installing approved grates on ground window wells.