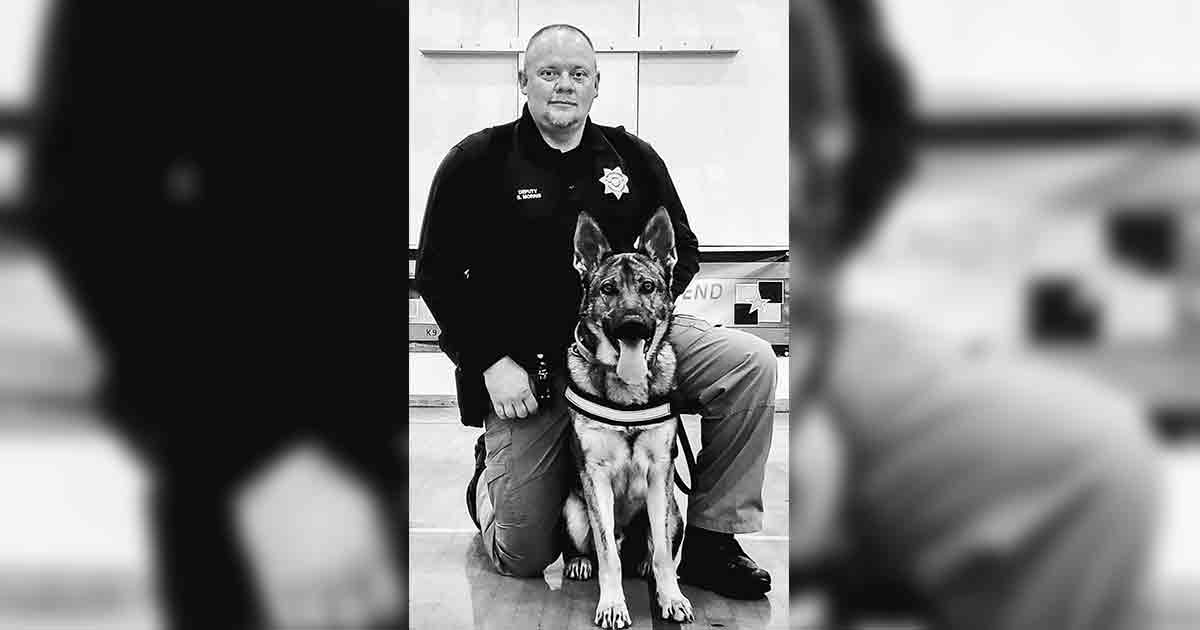 SWEETWATER COUNTY — On behalf of Sheriff John Grossnickle and the dedicated men and women of Sweetwater County Sheriff’s Office, it is with a heavy heart that we announce the sudden passing of one of our beloved law enforcement canines.

K-9 Sgt. Huk, a 6-year-old, male German Shepherd, was born on Thursday, October 1, 2015. He was adopted by the sheriff’s office through a grant program from K-9 Working Dogs International, of Longford, Kansas, on Thursday, April 13, 2017.

Huk was partnered with former sheriff’s deputy, Amanda Buller, from April 2017 through October of 2018. He was then reassigned to sheriff’s deputy Scott Morris from 2018 until his passing last night, on Wednesday, January 12, after experiencing sudden complications from a medical issue.

Huk was a dual-certified patrol (fugitive apprehension and human tracking) and interdiction (narcotics) canine. During his short four-year career with the sheriff’s office, Huk participated in over 250 official deployments and played an integral role in seizing hundreds of pounds of dangerous drugs in Sweetwater County, representing an estimated street value worth tens-of-thousands of dollars.

Fellow canine handler and sheriff’s office K-9 team leader, Deputy Sheriff Derek Morrell said, “We’re grateful for the service Huk provided to our community. Huk was quiet, but assertive, and he was known for his happy, tap-dancing feet.”

“To his handlers, Deputy Buller and Deputy Morris, few can imagine the magnitude of losing not only your partner but also a friend and family member, not just an animal but someone who you come to trust with your life and who in kind trusts you with his,” Morrell added.