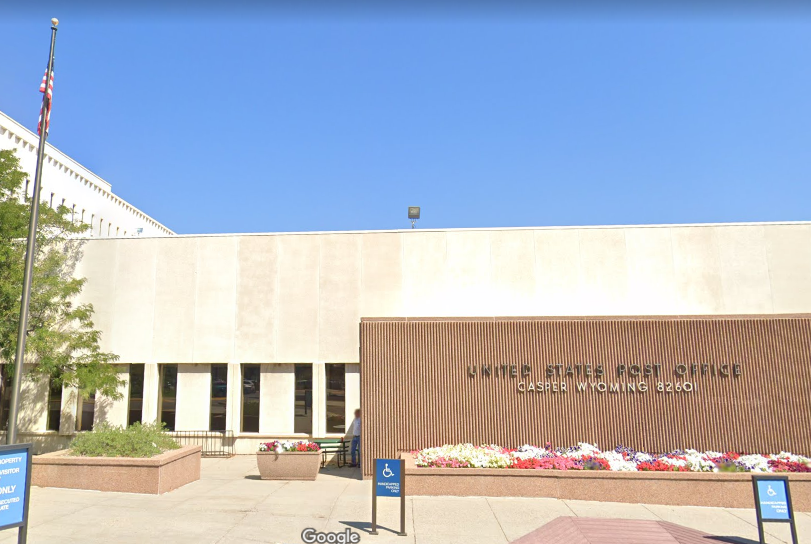 CASPER, Wyo. — The Cheney Federal Building experienced a fire in the electrical room in the basement on Wednesday afternoon.

The General Services Administration building in downtown Casper houses a U.S. Postal Service retail station. U.S. Postal Service Strategic Communications Specialist James Boxrud said Thursday that no mail was damaged or lost as a result of the fire and that there was also no damage to the Post Office.

However, until repairs to the GSA building are complete following Wednesday’s fire, the downtown station will be temporarily relocating its operations. Boxrud said he would provide an update when the U.S. Postal Service is able to resume operations at the downtown office.

Mail and parcels that had been at downtown retail station have been moved to the U.S. Postal Service’s Casper Main office, located at 411 N. Forest Drive in Casper. Customers can pick up mail at that office, which is open from 8:30 a.m. – 5 p.m. Monday-Friday and 9 a.m.-noon on Saturday.

Details regarding the fire at the Cheney Federal Building are available in this article.