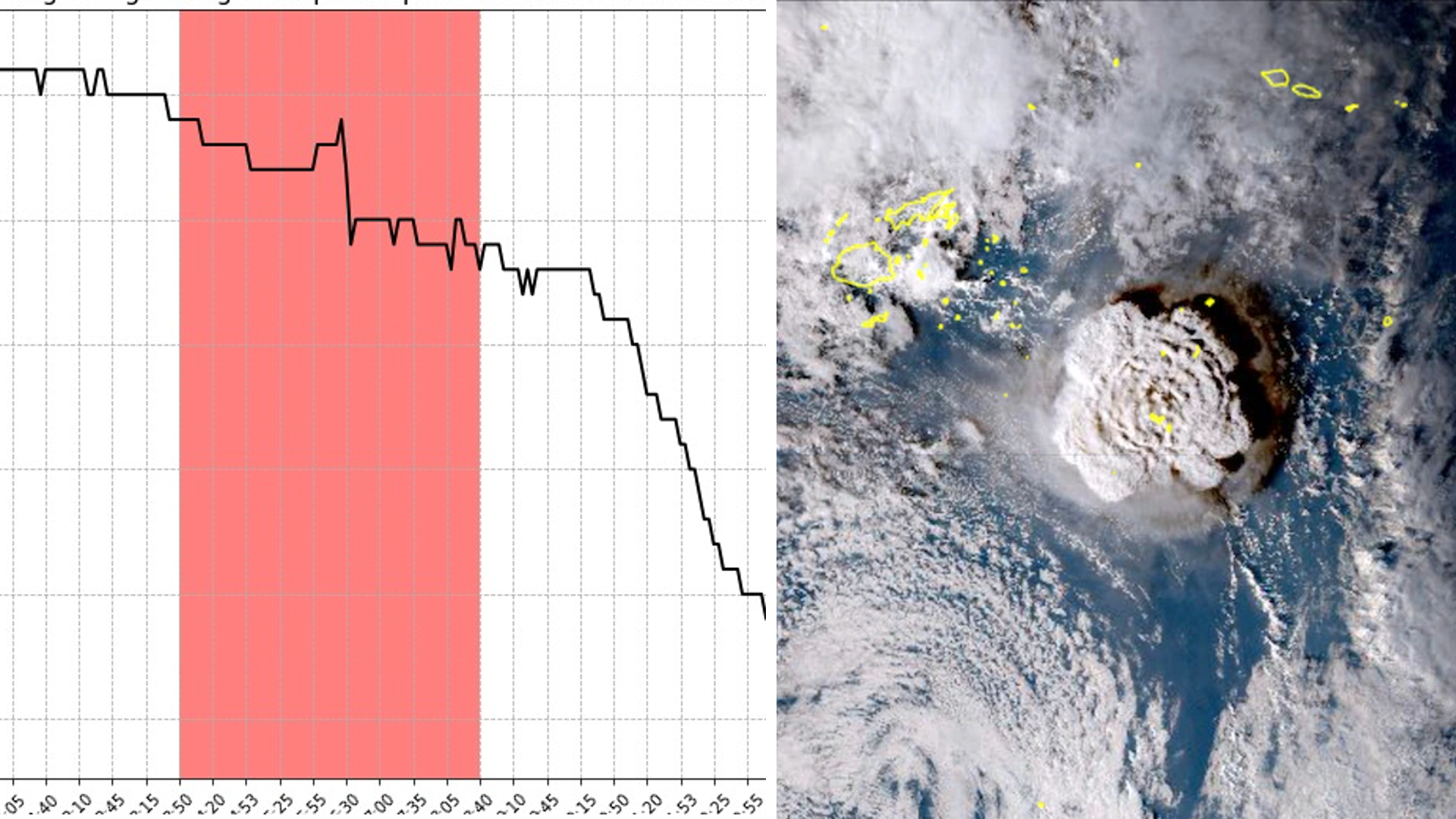 CASPER, Wyo. — Atmospheric sensors at the Cheyenne Regional Airport were able to detect fluctuations in air pressure attributable to the volcanic eruption in the south Pacific early Saturday (or late Friday in MST), according to the National Weather Service (NWS) in Cheyenne.

On a “pressure trace” graph created by a lead forecaster at the office, “you can clearly see the pressure wave associated with the Hunga Tonga-Hunga Ha’apai volcanic eruption reaching KCYS around 6 a.m. MST on Saturday morning,” the NWS said.

Based on the speed of sound (767 mph) and the distance of the volcanic eruption from Cheyenne (6205 miles), NWS said the increase in air pressure (and subsequent drop) about eight hours after the eruption tracks with the shock wave’s expected arrival time.

“Pretty neat that this volcano could be felt here in Cheyenne!” the NWS said.

The tsunami threat around the Pacific from the eruption has receded Sunday, but the island nation of Tonga remains under a massive ash cloud, preventing surveillance flights from New Zealand to assess the extent of damage.