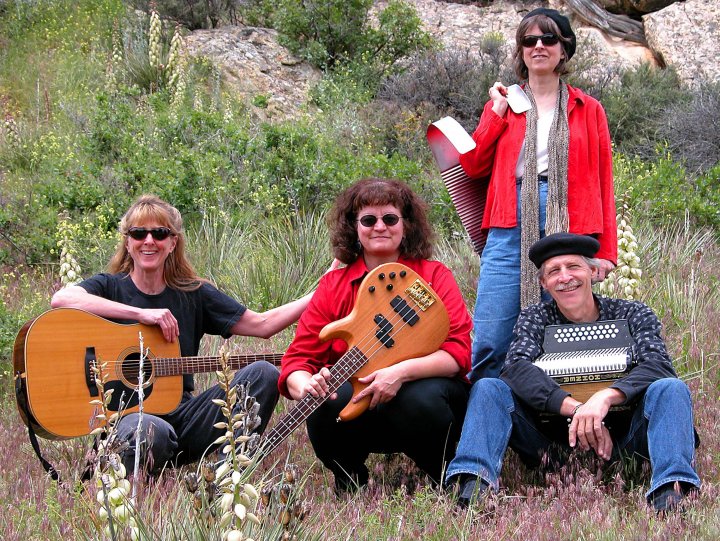 CASPER, Wyo. — The Fireants, a Wyoming-based band specializing in “dance music of the Americas,” will perform in Casper at the Lyric on Thursday.

“We’re going to play a lot of the classic repertoire we’ve played over the years, along with some new ones,” said  original member and former Wyoming Poet Laureate David Romtvedt.

The Fireants have produced three albums since their inception around 1991, much of it inspired by Romvedt’s roots in the Southwest and the band’s travels through Louisiana, Trinidad, Mexico, and Columbia.

“We try to learn form the past, and we learned by ear from travel.” Romtvedt said direct engagement with authentic musicians in the “ring of American music” has helped the group solidify their delivery of conjunto polkas, boleros, and calypsos.

Also steeped in the culture of Basque immigrants to Wyoming, Romtvedt said there will be fandango dances in 5/4 time as well as music with lyrics rooted in the Basque struggle for political and cultural independence.

The group began as a trio (with Margo Brown and Courtney Caplan) playing Cajun and Tex-Mex music around 1991, Romtvedt said. While playing regular gigs in a Sheridan coffee shop, they were approached by Cindy Baker, who joined on bass. There have been a myriad of players joining the group sporadically ever since.

Tickets can be purchased here or at the outlets listed below: