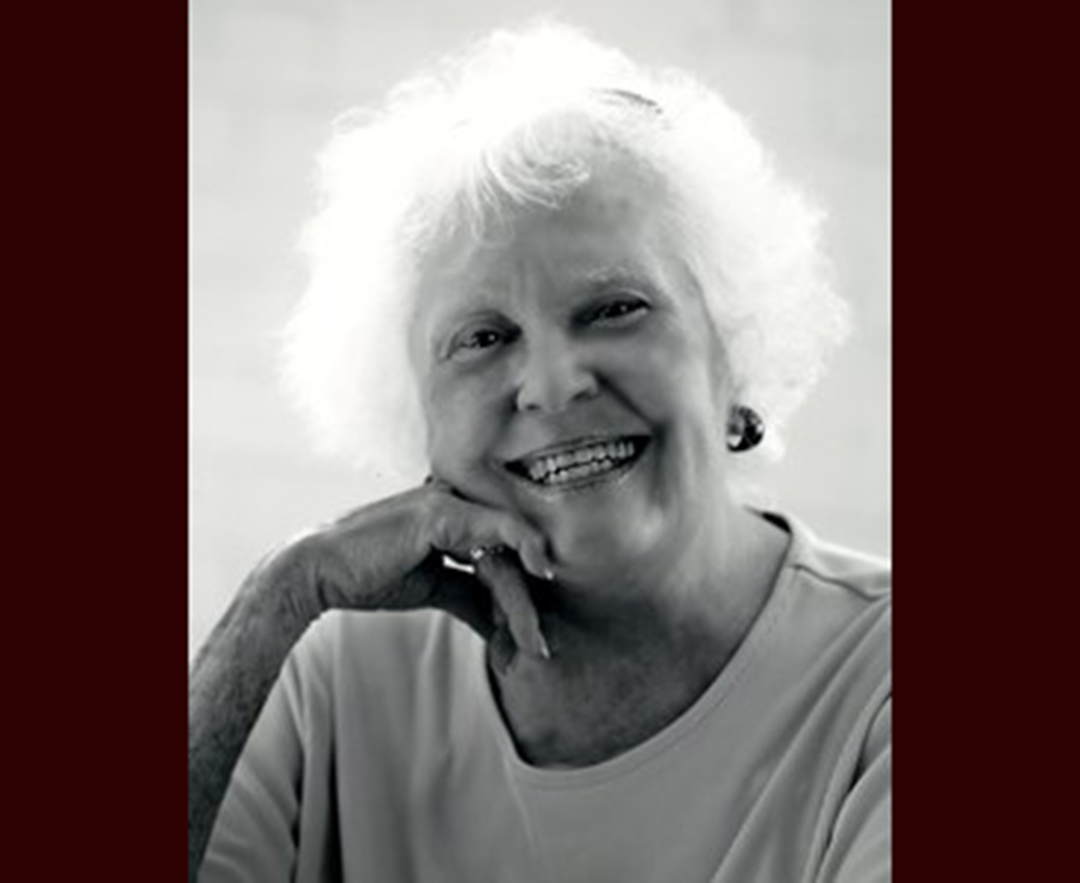 “She was a storyteller,” recalls Linda Nix, who first met Charlotte after taking a job with the Casper College Foundation.

“She had a story for everything; she was well traveled,” said Linda.

There was a big snake pit just outside of Casper while Charlotte was growing up that she loved to visit for a bit of edgy danger. Then there was the time Charlotte, while in college and still living at home with her parents, went to Montana and eloped with Robert Babcock.

“She went home to her mom and dad’s house and didn’t mention it, and just kept living there for a while,” said Linda, who quickly admits that the stories were better when Charlotte told them.

Both stories had good endings. Charlotte was never bitten by a snake, and she was married to Robert for 52 years until his death.

Charlotte Mary Babcock was born on Sept. 9, 1929 in Casper to Leon and Blanche (Woolever) Bennett, and died at her Casper home on Dec. 30, 2021, leaving behind two daughters, four grandchildren, and 11 great-grandchildren.

She graduated from Natrona County High School in 1947 and attended college in Illinois for a time before coming back home to graduate from Casper College with an AA in liberal arts in 1949, according to her obituary.

She was a writer and Casper historian, a substitute teacher, a very good pianist and music director of the St. Patrick’s Catholic Church choir, and for a time worked as a florist in her husband’s flower shop. Charlotte was a passionate cheerleader for Casper College, serving on the board and Alumni Association and writing a column for the alumni magazine right up until her death.

To those who knew her, she was almost bigger than life.

“She would fill up a room completely,” said Linda. “She loved to make an entrance.”

“Charlotte always lit up the room with her enthusiasm,” said Wyoming Sen. Bill Landen, who retired from Casper College after 30 years. “One of her fondest priorities was Casper College.”

“Charlotte’s life was certainly a presence and a story not likely repeated,” said Mike Stepp, owner of Donells Candies, who grew up across the street from the Babcocks.

“Vivacious with a loud, contagious laugh, she frequently announced herself as she rang the bell. ‘It’s Charlotte,’ she would exclaim, as if you had to wonder.”

Stephen Nicholas first came to know Charlotte when she was his teacher in 6th grade. He attended Casper College before earning a medical degree and eventually working in the New York area.

“Over the years, she and her late husband Robert became good friends who came regularly to stay with us in New York,” Stephen wrote for a speech he gave at Casper College’s 75th Anniversary Gala.

“Someone once asked me what Charlotte had taught me, and I said, ‘How to be contrary,’ but more than that, how to laugh. Charlotte, of course, has the most contagious laugh on earth.”

Linda says Charlotte, who was a proud and lifelong Democrat living in a red state, always enjoyed a good argument. “She enjoyed the sport of it,” said Linda, adding that she also enjoyed often winning those arguments.

Mike remembers her nurturing side as well, recalling it was Charlotte who would often give comfort and assistance after crashing his bike or during other childhood mishaps.

“In later years my children played with her grandkids in her front yard,” said Mike. “They were always welcome. When my mother passed, it was Charlotte who met me and the ambulance at the curb.”

Linda says even as her health declined over the past year that Charlotte never stopped working on her columns for the CC alumni magazine.

“She made sure before she passed that she had several columns in the can,” she said.

She also never stopped thinking about her friends.

“My last conversation with her was a phone call from her in the hospital to make sure we were sending off candy to her friend Dr. Steve Nicholas and his family in New York in time for Christmas,” said Mike.

The Nicholas family received their candy on time, courtesy of Charlotte.