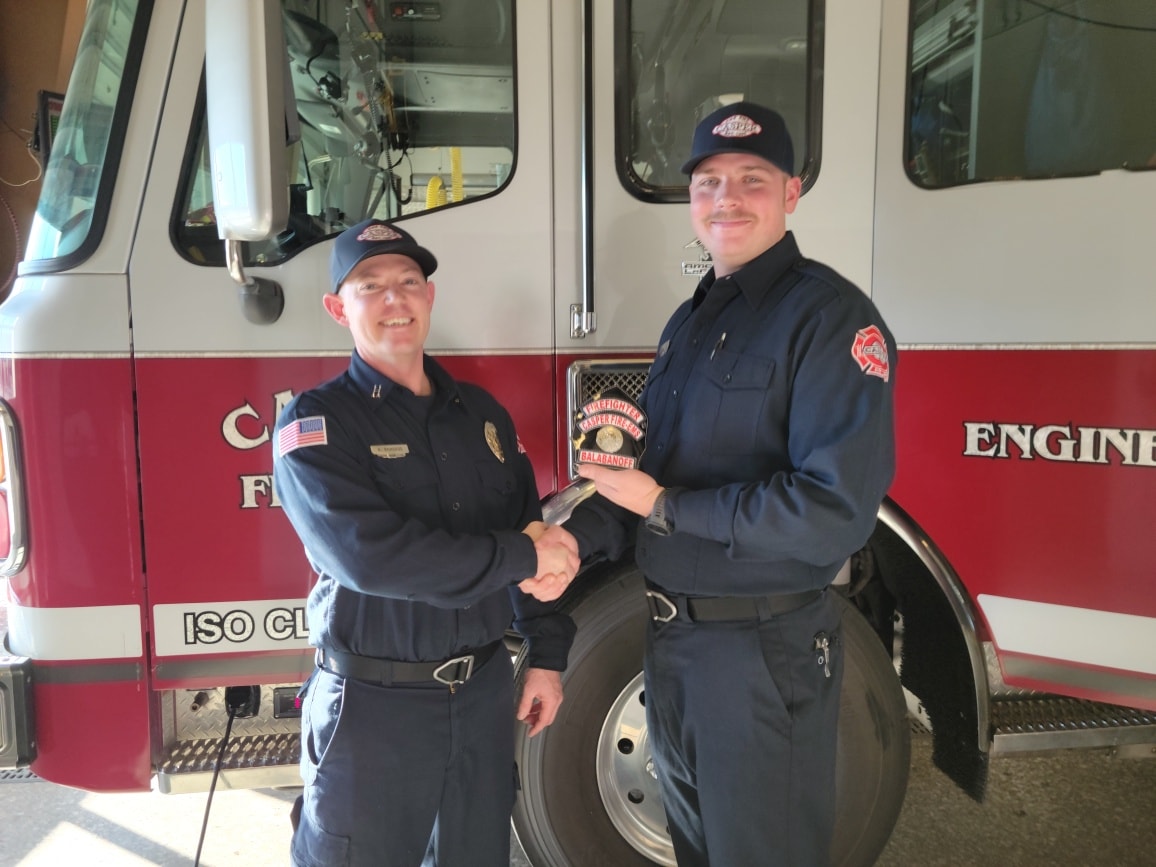 The hiring process takes six months to a year, Andersen said, and includes a 100-question general knowledge test to rank candidates, who then proceed to interviews before a board of tenured firefighters. There are psychological and polygraph screenings, as well as physical ability tests.

Candidates are then placed on a list until a vacancy appears. They then go through 12-24 weeks of intensive recruit academy training, by the end of which they must have attained EMT-basic certification.

Candidates then get a platoon assignment and begin their probationary period, which lasts anywhere from 12-36 months, and they can be let go “for any reason” during that time, Andersen said.

Andersen said candidates are evaluated based on how well they apply their academy training and adjust to handling emergencies, as well as the 48-hour shifts and life in the firehouse.

“What we’re looking for in this probationary period is … can you adjust to life as a firefighter?”

“It’s sort of para-military in its scope. It’s teaching accountability … and ways to manage tasks,” Andersen said. “The idea behind it is if you can do these little things right, you can move onto the bigger things, like managing an emergency scene, and caring for sick and injured people.”

“We are not asking probationary candidates … to change who they are, but we are definitely asking [them] to change what they are.”

Andersen said an article by a California fire captain in “Firehouse” magazine does a good job of capturing the essence of the probationary period:

“It’s not easy, and it’s not supposed to be. … They’re the first ones up every morning, and they’re the last ones to bed. … They’re doing the dishes, they’re making the coffee.”

“For me personally, it was an honor,” Andersen said of the probationary period, which may sound like menial labor and drudgery. Andersen said that firefighters seek to mentor and “elevate” the rookies.

“It makes great firefighters and it makes the experienced firefighters remember where they were from. … It helps us keep ourselves sharp and of the mindset of what a firefighter should be doing.”