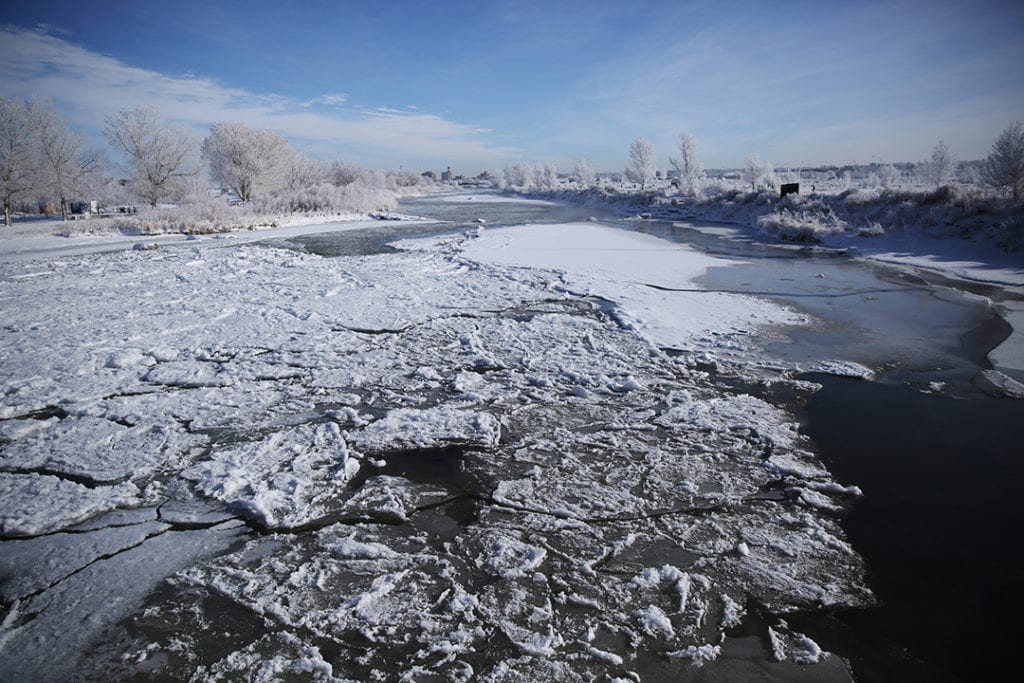 CASPER, Wyo. — A dog that fell through the ice into the North Platte River was rescued by two Casper Fire-EMS units on Saturday, according to Engineer and Public Information Officer Andrew Sundell on the agency’s live Facebook update Sunday morning.

Sundell said the incident occurred near the Roberston Road bridge shortly after noon on Saturday. Crews were able to retrieve the dog “swiftly and effectively.”

Sundell said a firefighter and an engineer, equipped with insulated dry suits and an inflatable ice rescue raft, went out onto the river and were able to retrieve the dog with a loop pole.

Sundell reminded the public that “if you’re near the river this time of year, have your pets on a leash so that they can’t get themselves into trouble.”

Sundell also commended the dog’s owner for not attempting to rescue the dog themselves.

“The last thing we want or need from a emergency responder point-of-view is a dog and a person in the river,” Sundell said. “That makes it much more complicated for us and much more potentially hazardous and dangerous.”

The best thing to do in such a scenario is to call 911 and let emergency responders take care of the situation, Sundell said.