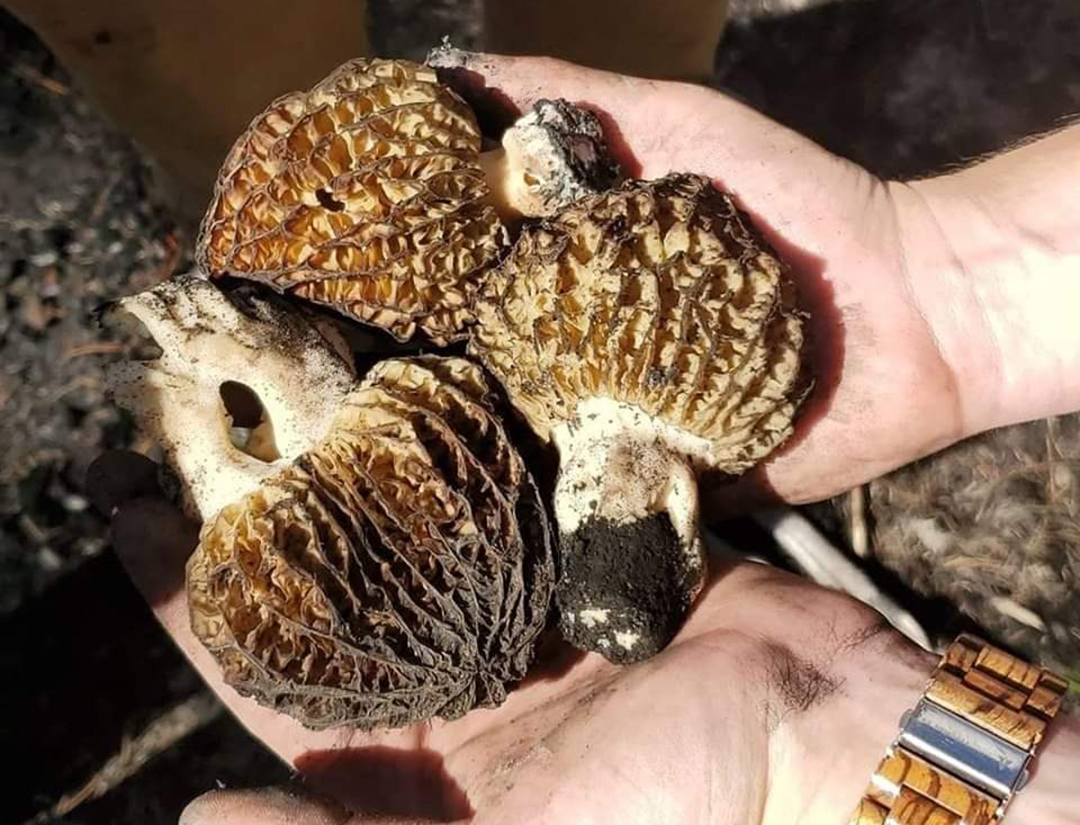 Fresh morel mushrooms are pictured in a photo provided by Fungus Among Us. (Courtesy)

CASPER, Wyo. — Mushrooms are a very big deal in the Pacific Northwest.

“A lot of business initiatives are focused around mushroom cultivation,” said Ben Fortier, who grew up in the region. “It’s an easy process; you can just do it outside in your backyard.”

Fortier left Portland to make a new home in the Casper area in 2016, and almost immediately became disappointed with the mushroom selection here.

“The grocery stores all had this kind of week-old white button and some sad shiitakes,” he said. “So I started growing mushrooms on my own to meet the household needs for our cooking, and started selling some of our mushrooms every week on Facebook and [at] farmers markets.”

Fortier and his fiancée Julie Elliott called their small business Fungus Among Us, which he says they ran while working day jobs and attending school.

After taking a break from the business in 2019, he relaunched last year and has made it a full-time endeavor.

With the help of some of his University of Wyoming professors, he developed a system of mimicking the proper temperature, humidity and other conditions inside enclosed greenhouses. The environment has to be as sterile as possible so the growing mushrooms aren’t competing with bacteria.

Using ultrasonic humidifiers and HVAC filtration, he keeps humidity between 87 to 93 percent, and stays within 2 degrees of optimal temperature. Fortier says energy is preserved by using precise programming to control fans and airflow.

“Our goal for this company is to be net-zero,” he said of energy use. “Currently we’re about net 7 percent waste, but probably by March we will be negative 3 percent.”

Additionally, Fortier says all of the resources that his mushrooms use to grow are sourced in Wyoming.

Fortier says many people who think they don’t like mushrooms should be in for a culinary awakening.

“A lot of people expect those store-bought mushrooms, and they’re not very flavorful,” he said. “They have a kind of rubbery and weird texture, and they don’t have a good nutrition profile.”

Good mushrooms are becoming essential ingredients in vegetarian and vegan meals, and some of the flavor profiles are good at mimicking certain animal meats. Another added benefit is the amount of nutrition they contain.

“There are some mushrooms that pound-for-pound have a higher protein content than beef,” he said.

Fungus Among Us mushrooms are available at Gooseberry Creek in downtown Casper and The Milk House in Mills, and will be distributed to Fresh Foods Wyoming stores. More information can be found at their Facebook page.