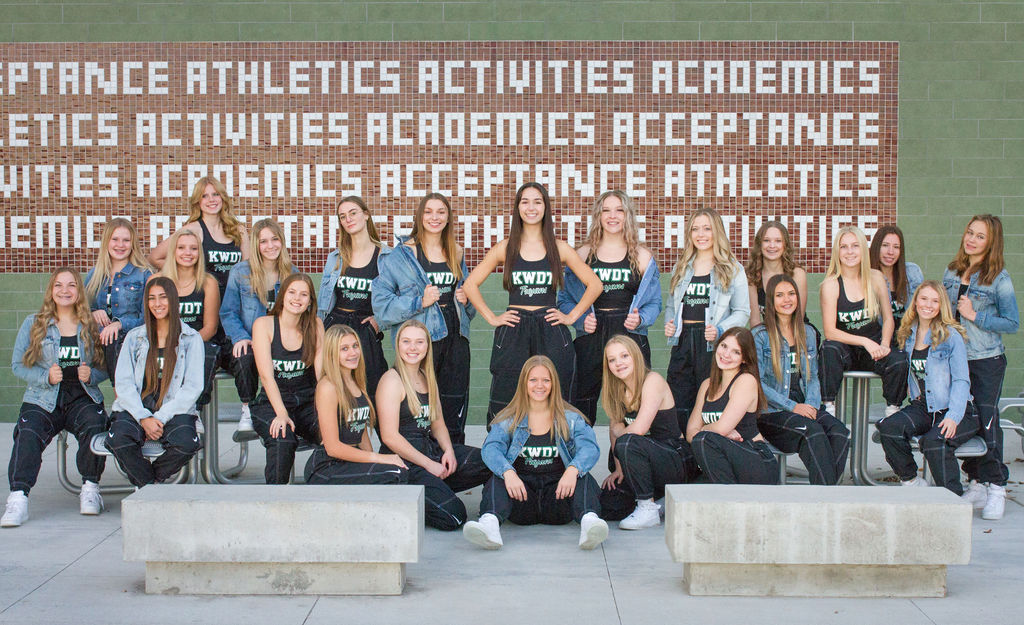 At this competition, the cheerleading and dance teams from all over the state are going toe to toe and the competition is fierce.

Kelly Walsh High School (KWHS) is ready to take on the competition. They have been practicing since before the school year even started. According to Tiffani Stowe, the KWHS dance coach, they started last July with their dance camp. The dance team started learning the routines in August and September and is excited to show off their moves.

Stowe acknowledged that this year has been hard on everyone, still working within the parameters of the post-COVID and COVID world. She says, “This year has not been without its challenges; the girls have had a lot to deal with.” However, that’s not stopping them from bringing the desire to win this year.

The KWHS dance team won the title for jazz and hip-hop in 2020, right before the pandemic. According to Stowe, their competition happened the day before all the shutdowns began. Last year, the team won second place, and that has done nothing but motivate them to take back their title this year.

They put in countless hours, being at practice at 6 a.m. every morning and sometimes practicing two times a day.

Stowe says that the girls are excited to show their peers and family what they have been working so hard on all year.

Similarly, Alissa Kopp, the KWHS cheerleading coach, said that the cheer team is just as excited. “They practice a lot and coming off a win keeps their energy going.” She says that they just recently won the Grand Champion Title earlier in the season and they are hoping to see the same kind of success this week.

Both KWHS teams have 24 girls and are hopeful to retake their winning title this year.

This year’s state competition is quite a bit earlier than it normally is. When asked what the teams will be doing to fill the time after this, Stowe said the dance team is going to be competing in nationals in Orlando, Florida in February. Kopp said that the cheer team will have fewer practices but will still be there to support the basketball teams and hopefully perform at half-time.

Both teams are excited for the competition being held at the Ford Wyoming Center this Friday, January 28. The competition starts at 2:30 p.m. Will you be there to support Kelly Walsh High School, or their rival, Natrona County High School?