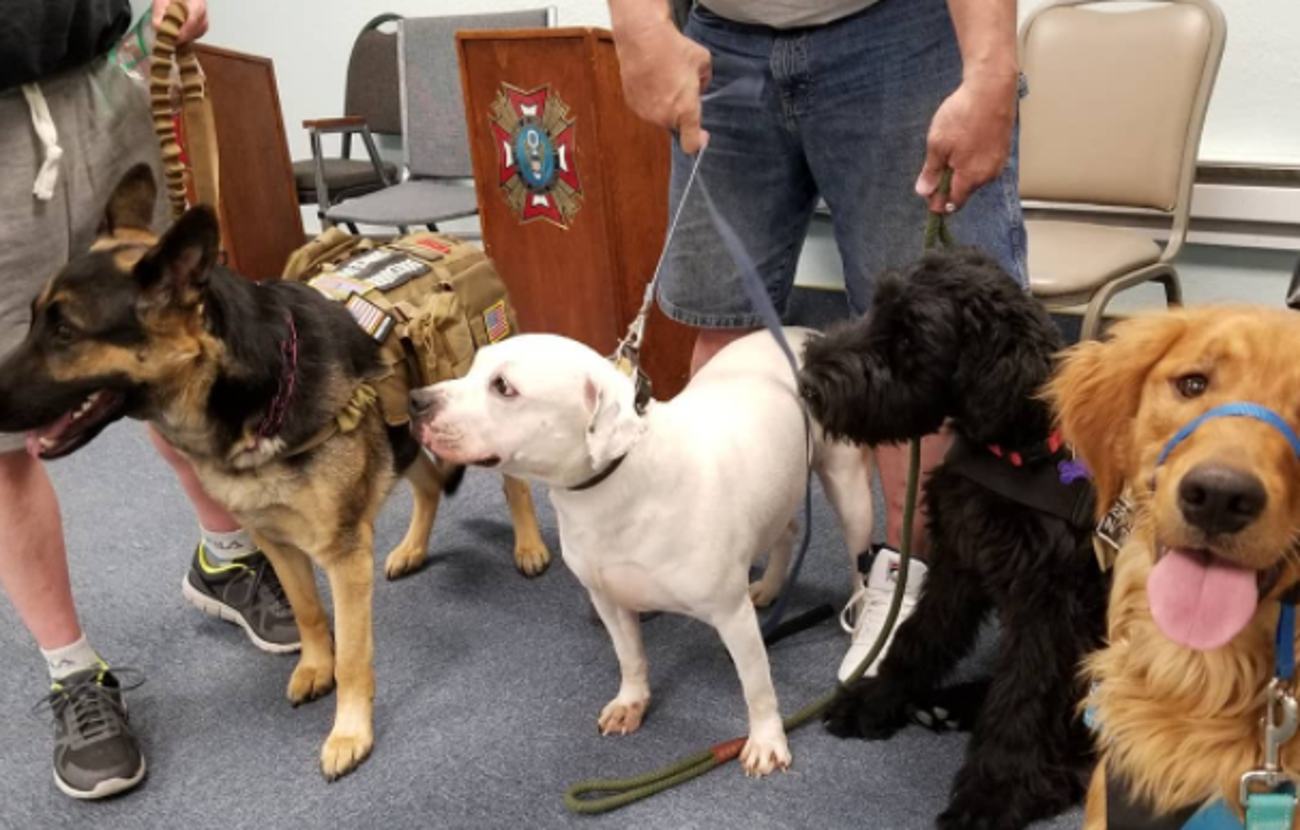 CASPER, Wyo. — Project Kenny, a local nonprofit that works to place service dogs with people with post-traumatic stress disorder, has found a new headquarters in Mills.

Project Kenny will hold a grand opening and ribbon-cutting ceremony for its new location in Mills at 11 a.m. Friday, January 28. The nonprofit will open at 1005 Falcon Ave. in Mills.

“Project Kenny is a non-profit organization created by Carol Salveson, who places service dogs with veterans and first responders who suffer debilitating injuries or PTSD in the line of duty,” the Casper Area Chamber of Commerce said in a press release Monday. “She also places service and comfort dogs with children who lost a parent to combat or suicide because of their PTSD.”

“Often, a service animal is denied, but Project Kenny screens, then places animals with the right families in the right circumstance with fewer restrictions [than] other animal placement services. That allows law enforcement the same access to a service animal as our combat veterans.”

The Casper Area Chamber of Commerce said that Salveson typically has 7-12 puppies in training with Project Kenny at any given time, adding that she relies heavily on volunteers for the work.

“Until recently, these animals were all in her Casper home,” the announcement said. “She’s secured a location in Mills to better accommodate her services and the work of her organization.”

Project Kenny is a Casper Area Chamber of Commerce “Chamber Investor.” The Chamber said that it works to be the voice for businesses in the Natrona County Community to support economic development in the community and that people can learn more at www.casperwyoming.org.