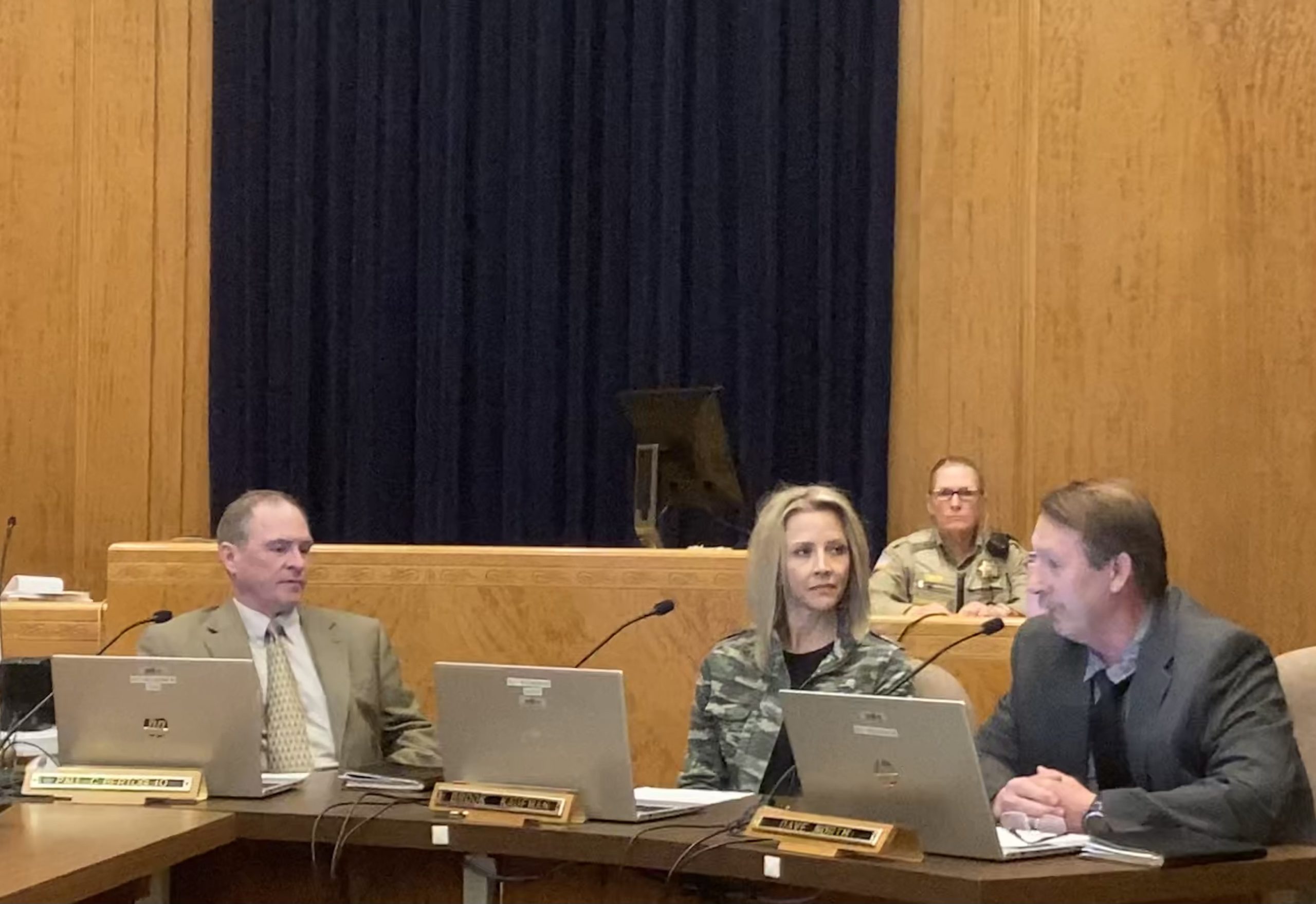 “Here in our country we’ve constantly been bombarded by politicians trying to take away our Second Amendment right,” North said during the commissioners’ comment portion concluding the brief meeting.

“In Ukraine they’re actually having to give guns back to citizens and teach them how to use them to defend themselves against a foreign invader.”

The Associated Press reports that Ukranian men and women have volunteered in droves and stood in long lines to receive weapons and combat training.

“There’s a good reason why we have not been invaded in this country since the early 1800s, and that’s because our citizens are armed,” North said.

“I’m not saying that you have to buy a firearm,” North said.  “I’m saying allow the people that do have them, that know how to use them … leave us alone.”

Some proposals have broader support among both Republican and Democratic party–affiliated respondents than others. Policies that support preventing those with mental illnesses from purchasing guns and subjecting private gun sales and gun show sales to background checks have more majority support among both parties (though Republicans less so).

The majority of Republican respondents, however, oppose measures such as creating a federal database to track all gun sales and banning both assault-style weapons and high-capacity ammunition magazines.