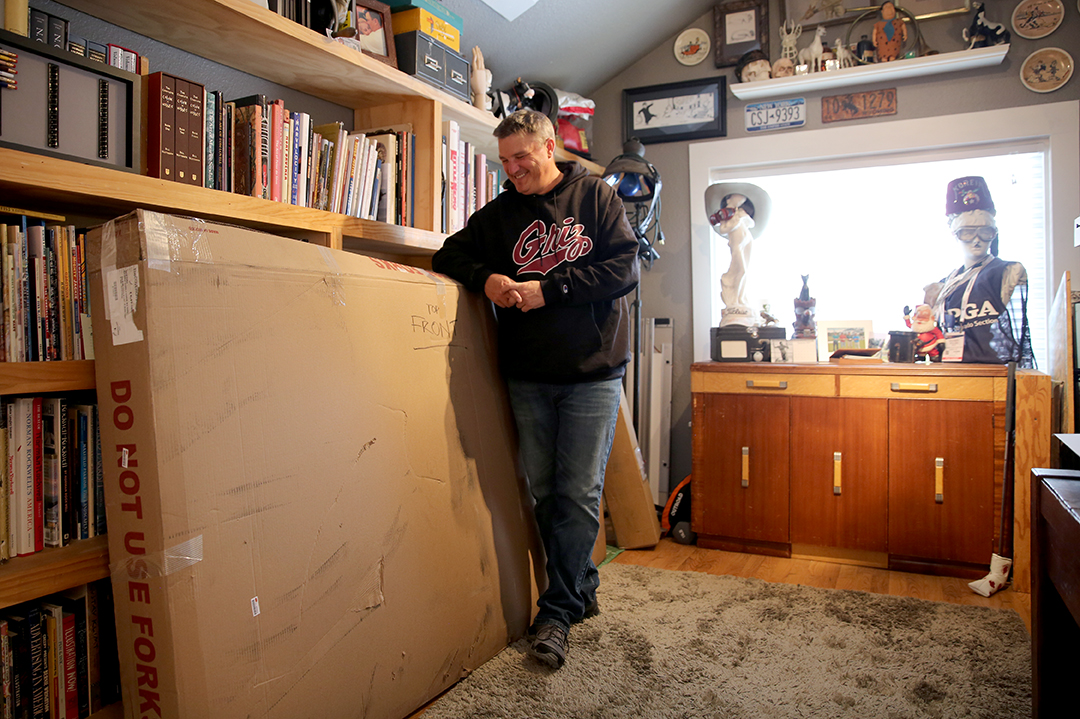 Casper artist Zachary Pullen poses next to the box containing his painting “The Thinkers” in his Casper studio on Oc. 14, 2021. (Dan Cepeda, Oil City)

CASPER, Wyo. — Casper artist Zak Pullen will be signing copies of the new illustrated book “The Thinkers” next Tuesday at the Science Zone.

The book is a collaboration between Pullen and writer Brad Herzog, who last collaborated together on “The Presidents,” released in 2015. For “The Thinkers,” Pullen and Herzog brainstormed choices to represent the greatest thinkers and scientists throughout history.

Pullen said he eventually created drawings of 120 individuals, which was narrowed down to the 69 that ended up in the finished book and original 4-by-8-foot mural painting. Herzog wrote short stories for each of the people.

Proceeds from the book will go toward completing the Science Zone’s new location and to add future exhibits.

The range of thinkers in the painting were also carefully chosen to represent people from all over the world.

“No matter who you are, you’ll find someone who looks like you and that you can relate to,” said the Science Zone’s executive director Steven Schnell. “It’s been a really exciting process.”

The book was intended to be available before the Christmas season last year, but was delayed due to a shortage in the cardboard material needed for the hard cover. According to Pullen, the books arrived about two weeks ago, and preorders have been shipped out.

Tuesday will be the only signing event by Pullen, he said. Books will be available to purchase, along with autographed prints from the book. Prices start at $35.95 for the book, or $40 for a book and numbered print.

The signing takes place from 3 p.m. to 6 p.m. on Tuesday, March 22 at the Science Zone at 222 E. Collins Drive. More information can be found here.