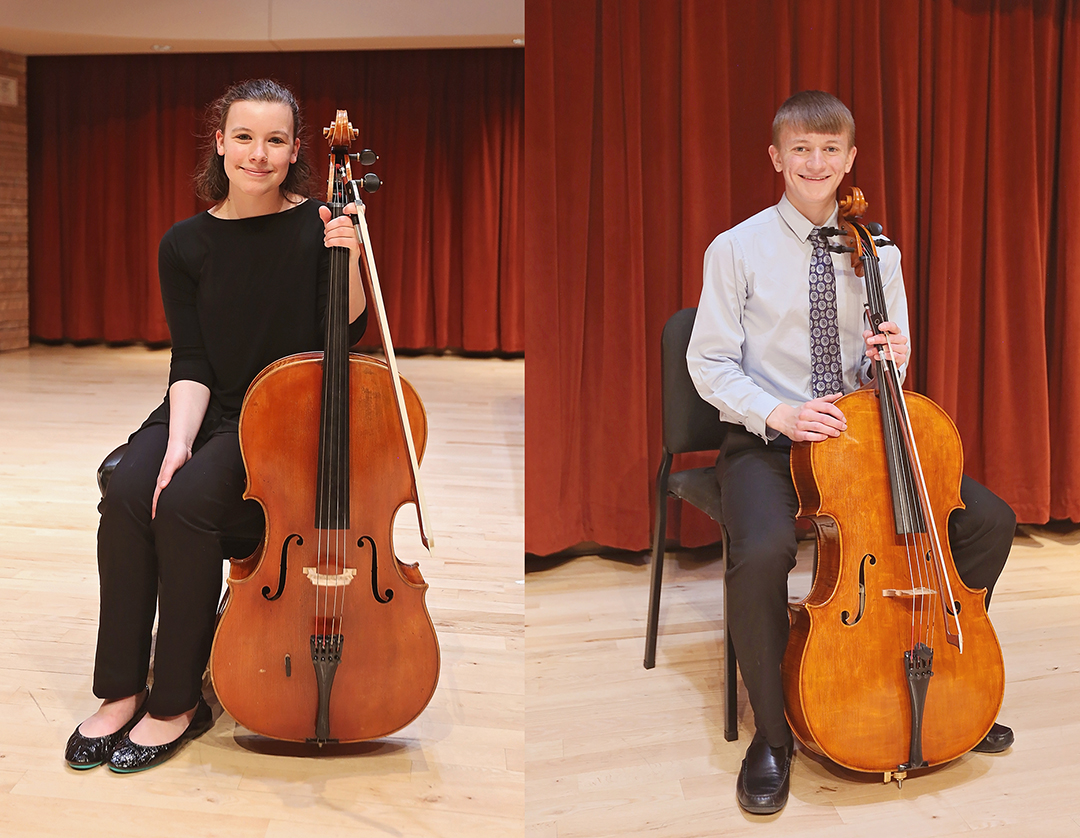 CASPER, Wyo. — Casper native Alexis DePaolo was too young to remember when she first picked up an instrument, but a beloved family photo tells the story.

“My grandpa bought me a violin when I was like three or four,” she said. “We have this cute picture of me sitting on the floor, just kind of sawing away at it.”

By kindergarten, she was taking lessons on the cello, which as a child she gravitated toward for admirably pragmatic reasons.

“My parents always stood up, because my mom plays violin and my dad plays viola,” she said. “You could sit down when you play the cello; I thought that was cool.”

Alexis is now studying the cello at the Jacobs School of Music at Indiana University. She’ll return home to perform with the Wyoming Symphony Orchestra (WSO) as one of two featured soloists on this weekend’s program.

The opportunity to perform live with her hometown orchestra came after winning in the college division of the 2022 WSO’s Young Artist Competition, which was held on Jan. 30 at the Casper College’s Wheeler Concert Hall.

“I started in third grade, so that was nine years ago,” said Cooper, a junior at Laramie High School.

“I started piano in kindergarten,” said Cooper. “I think it was my sister who really gravitated me towards stringed instruments, because she started violin about a year and a half before I picked the cello.”

It likely doesn’t hurt that both of these young musicians have musical family members. In Alexis’s case, her mother Jennifer and father Gary play violin and viola, respectively, in the WSO. Both also teach music.

Alexis describes the idea of playing with her hometown orchestra as “surreal.”

“It is really going to be, I think, a very emotional experience for me in a really good way,” she said. “It just makes me very happy.”

Cooper says he gets most joy out of performing with larger ensembles, such as the Wyoming All-State Symphony Orchestra. He also plays with the Laramie High School Chamber Orchestra and is a member of the String Academy of Wyoming under Sherry Sinifit.

For his performance, Cooper chose Edward Elgar’s “Cello Concerto in E minor,” a piece he credits for solidifying his love of the instrument after he first heard it.

“So once I got the music, I was honestly too excited to really think about the level, and then once I got into practicing it, then I realized it is a huge piece,” he said. “But for me, it was just it was just too much fun. I really enjoyed practicing it.”

“Almost every orchestra audition asks for the Haydn,” she said. She’s also learning all six suites for unaccompanied cello by Johann Sebastian Bach, among other traditional pieces in the repertoire.

Both musicians will rehearse with the orchestra and music director Christopher Dragon starting Friday, leading up to the live season finale concert on Saturday evening.

The second half of Saturday’s performance is rounded out with Modest Mussorgsky’s “Pictures at an Exhibition,” which was originally written for piano but was later orchestrated by French composer Maurice Ravel, calling on orchestras to create a wide range of colors and dynamics.

Tickets can be purchased at the Wyoming Symphony Orchestra’s website or by phone at 307-266-1478. Doors open at 7 p.m. and the concert starts at 7:30. Tickets for the dress rehearsal on Saturday at 11 a.m. are $10 for groups or free with a canned food donation for Wyoming Food for Thought.

A free livestream of Saturday’s concert will also be available.